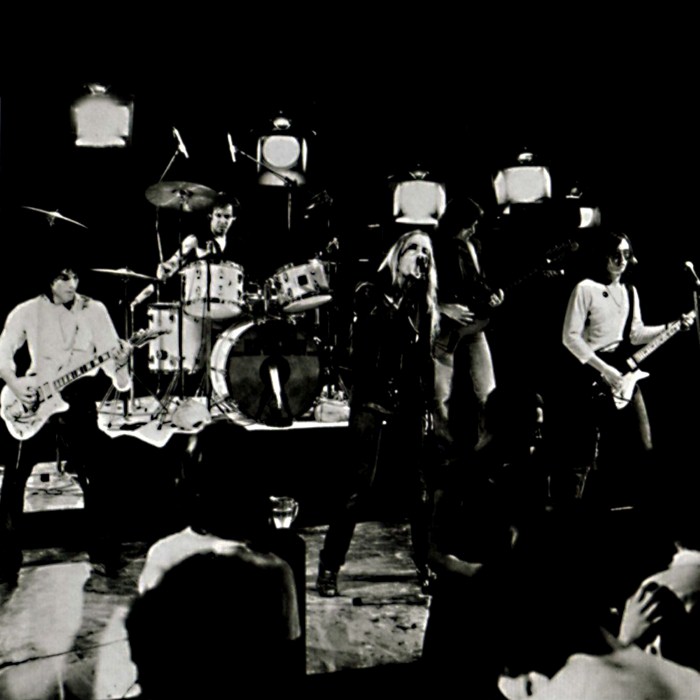 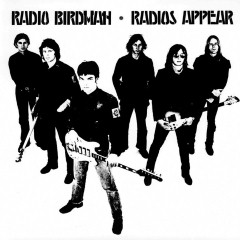 Radio Birdman are a punk band that formed in Sydney, Australia in 1974. The band's best known lineup consisted of Deniz Tek (vocals, guitar), Rob Younger (vocals, guitar), Chris Masuak (guitar), Philip "Pip" Hoyle (keyboards), Warwick Gilbert (bass) and Ron Keeley (drums) Radio Birdman formed in 1974 and began recording in 1976 when the single Burn My Eye was released. They took their name from a misheard lyric in The Stooges song, 1970. (The actual line is "Radio burnin'") Their first LP, "Radios Appear" showed diverse influences, including Blue Öyster Cult and Detroit bands of the late 1960s, such as The MC5 and The Stooges. The album was totally ignored by commercial radio but was championed by Sydney station 2JJ (Double Jay) and became sufficiently successful in Australia to lead to a contract with Sire Records (US label, home of The Ramones), who released a different version of Radios Appear internationally. It took three years to record a follow-up, Living Eyes, and by then, the Australian punk scene had diversified and the band broke up before the LP was released in 1978. The band's lyrics reference US-born guitarist/main songwriter Deniz Tek's home state of Michigan, with lyrics from tracks such as "Murder City Nights" referring to Woodward Avenue in Detroit: "Cruising down Woodward gotta find me some action/Looking for a lover with a power reaction." Many of their other songs, such as "Hand Of Law" & "Descent Into The Maelstrom" deal in apocalyptic images of war and violence, but these are more than balanced by the lighter pop culture references of tunes such as "Aloha Steve & Danno", an ode to the TV show Hawaii 5-0. "Man With Golden Helmet" (which Tek wrote in high school) is one of their most cryptic efforts: "Man with golden helmet/drinks water from the faucet...plays with tiny children/on his way home from work...he's a top man/in the language department". Deniz Tek wrote most of the lyrics and music for the band All members went on to other bands. Younger's New Christs would be more oriented towards hard-edged, blues-based rock and roll. Tek and Keeley and keyboardist Pip Hoyle's band, The Visitors, and guitarist Chris Masuak and bass guitarist Warwick Gilbert's The Hitmen continued the Radio Birdman sound. Tek, Younger & Gilbert played in a one-shot touring band called New Race, with Dennis Thompson of the MC5 & Ron Asheton of the Stooges. In the 1996, the band reformed sporadically to play gigs, but a full-fledged reunion didn't surface until the 00's, with the 2006 album Zeno Beach being enthusiastically received. The band split once again in 2008. In 2014, the band announced that Younger, Tek, Hoyle and Dickson announced that they would tour Australia as Radio Birdman to coincide with the reissue of their back catalogue. 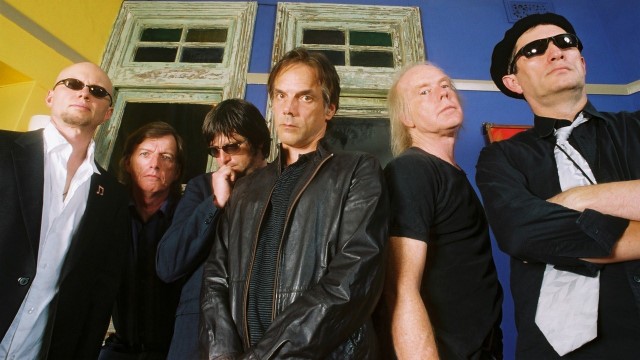