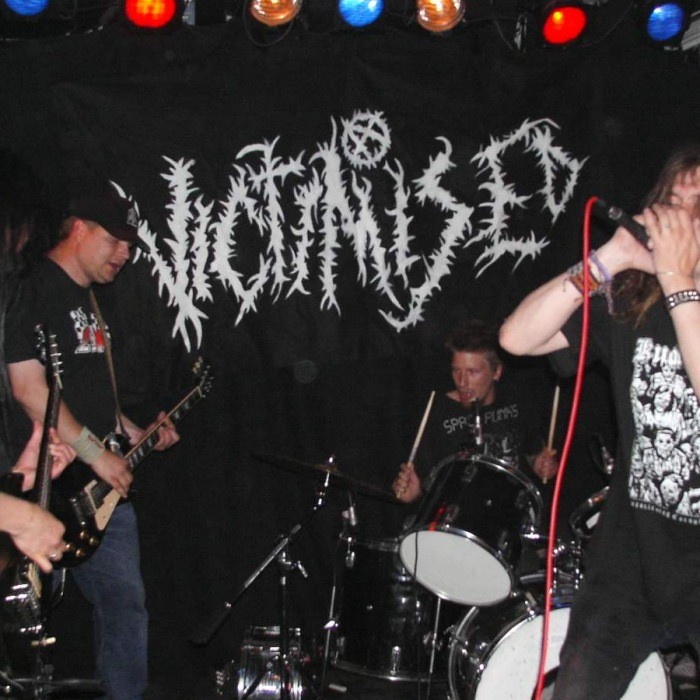 KAAOS originally started in March 1980 in Tampere, Finland, formed by Jakke (RIP) and was heavily influenced by Crass, soon enough, the style/term Hardcore came about and bands like Discharge, Disorder, Chaos UK, Dead Kennedys and others began to circulate in Finland. Kaaos quickly changed their sound to the hardcore sound and started playing some chaotic gigs with their legendary song "Kytät on Natsisikoja", soon Kaaos released their first ep as a split with another local hardcore band Cadgers (later Riistetyt) after the release of the record, being the first finnish hardcore release, the singer Kake left and Jakke took over on guitar/vocals with frequent line up changes, although Kaaos stayed strong and released the raging "Totaalinen Kaaos" ep on Propaganda records, some of the best Kaaos material ever written. following this ep, there were many more line up changes, but Kaaos released some compilation tracks , then followed by the phenominal "Ristiinilauttu Kaaos" record in which they experimented a little more with slower songs, many of which were less fast and chaotic, more like some of the anarcho bands mixed with the classic chaotic finnish hardcore sound which Kaaos pioneered, many think of this as their best release. After gigging and more line up changes, members hit the studio one more time (Nukke) but the recordings werent released until later. Soon afterwards, Kaaos called it quits in December 1985, because of the general movement towards crossover metal, which Kaaos didn't want to do. Anarchy, Peace, Freedom! KAAOS NEVER DIES R.I.P JAKKE