The Olsen Brothers became the oldest winners of the Eurovision Song Contest when they achieved Denmark's second title in 2000 with "Fly on the Wings of Love". The song was later voted one of the 14 greatest Eurovision entries ever. In 2005, the brothers returned to the Danish national final with "Little Yellow Radio", but had to settle for second place behind Jakob Sveistrup. The Olsen Brothers (Danish: Brødrene Olsen) are a Danish rock/pop music duo, and are brothers Jørgen (born March 15, 1950) and "Noller" (Niels, born April 13, 1954) Olsen. They formed their first band, The Kids, in 1965. The Kids warmed up for The Kinks in the K.B. Hallen in 1965 and released their first single in 1967. Both Jørgen and Niels Olsen participated in the musical Hair in the Cirkusbygningen in Copenhagen March 1971, and went on tour afterwards through Denmark, Norway and Sweden. The Olsen Brothers' first album came out in 1972. To date they have released 12 albums. Their big hit singles include "Angelina" (1972), "Julie" (1977), "San Francisco" (1978), "Dans Dans Dans" (1979), "Marie, Marie" (1982) and "Neon Madonna" (1985). After having won the annual Dansk Melodi Grand Prix song competition in 2000 in Copenhagen they went on to represent Denmark in the Eurovision Song Contest 2000 in Stockholm, where they stormed to a landslide victory with the song "Fly on the Wings of Love" (translated from the Danish Smuk som et Stjerneskud (literally translated, "Beautiful as a Shooting Star"). At one stage, they sold 100,000 copies in one day, in Denmark. They opened the Eurovision Song Contest 2001 in Copenhagen with a short reprise of their winning song from the previous year, followed by a full performance of their new release "Walk Right Back". In 2005 for the first time since their victory, they re-entered the Danish Melodi Grand Prix, the national pre-selection for the Eurovision contest, with the song "Little Yellow Radio". It was widely reported that they hoped to repeat their triumph; however this time they had to settle for second place, finishing behind Jakob Sveistrup, a student teacher from Odense and former finalist on Danish television's talent competition Stjerne for en aften ("Star for a Night"). Their song Fly on the Wings of Love was nominated as one of the 14 finalists for the 50th anniversary Eurovision concert in Copenhagen, Denmark, at which they also performed. Eurovision Song Contest 2000 - Stockholm Entry for Denmark Performer: Olsen brothers Song title: Fly On The Wings Of Love Song writer(s): Song composer(s): Jørgen Olsen Sang in Position: 14 Final Position: 1 Total Points: 195 25 participating countries were intended for the 2000 Eurovision Song Contest, but Greece decided not to participate, so only 24 took part as the European Broadcasting Union did not find a replacement in time for the last spot. Poland, Portugal, Slovenia, Lithuania, Romania and Bosnia & Herzegovina were not allowed to take part due to their bad average scores. Latvia made its debut this year, and the entry My Star performed by the group Brainstorm did really well, finishing in third position. Estonia finished fourth with Ines' Once In A Lifetime which was the bookmaker's favourite. Internet polls also had the United Kingdom and the Netherlands as favourites but these countries only finished 16th and 13th respectively. 13,000 spectators were at the final in the Globen Arena in Stockholm, which was a new record. This record did not last long, though. Already at the Eurovision Song Contest in Copenhagen 2001, the record was exceeded. The Israeli participants caused a stir when members of the group Ping Pong started waving the Syrian flag during their performance. The Netherlands had to use a back-up jury for their votes because of a large fireworks disaster in the city of Enschede, which meant that only half of the song contest was aired live on Dutch television. About the winner Despite the fact that Denmark's song Fly On The Wings Of Love by the Olsen Brothers climbed in the predicted rankings in the week prior to the final, the Scandinavian country was only thought to finish in 18th position. Therefore it came as a huge surprise for many that the charming Olsen Brothers won - and with a large margin to the runner-up, Russia. Fly on the wings of love went on to become a huge hit in Scandinavia and the German-speaking countries. The Russian delegation petitioned the disqualification of the winner, Denmark, because a vocoder had been used to give one of the performers in the Danish duo, Jørgen Olsen, an electronic sound to his voice during one part of their performance. Facts & figures For the first time in the history of the Eurovision Song Contest, an official CD was released which included all 24 songs. Since then, CDs with all entries have been released every year. 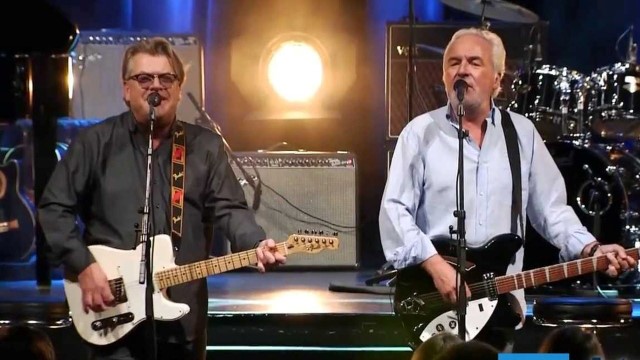