John Buckley (born 19 December 1951) is an Irish composer and pedagogue, a co-founder of the Ennis Summer School and member of Aosdána.
John Buckley was born in Templeglantine, County Limerick. He grew up in a rural environment and was introduced to traditional music learning the button accordion from the local player Liam Moloney when he was 9 years of age. In 1969 he moved to Dublin to study for the Teacher's Diploma at St Patrick's College, Drumcondra. Here he had his first opportunity to hear live classical and modern music including contemporary and avantgarde works by Irish composers including Aloys Fleischmann, Brian Boydell, John Kinsella, and Seóirse Bodley, as well as works by international composers such as Krzysztof Penderecki. He became a student at the Royal Irish Academy of Music, Dublin (1969–74), studying the flute with Doris Keogh and composition with A.J. Potter and James Wilson. He continued his musical studies with Alun Hoddinott in Cardiff, Wales (1978–82), Aloys Fleischmann in Cork (M.A. in composition, 1980), and briefly with John Cage during a summer school for composers and choreographers at Guildford, Surrey, in 1981. Initially working as secondary school teacher, from 1982 he was able to work independently as a composer. In 1983, Buckley was the co-founder, with James Wilson, of the annual Ennis Summer School for composition, which became an influential training ground for aspiring young Irish composers; pupils included Michael Alcorn, Rhona Clarke, and Gráinne Mulvey. He became a member of Aosdána, Ireland's state-sponsored academy of creative artists, in 1984. Since 2001 he has been a lecturer in music at St. Patrick's College, Drumcondra. From the National University of Ireland at Maynooth (now 'Maynooth University') he received a PhD in 2002 and a DMus in 2007.
Apart from membership in Aosdána, Buckley was honoured with the Varming Prize (1976), the Macaulay Fellowship (1978), the Arts Council's Composers' Bursary (1982) and the Marten Toonder Award (1991).
John Buckley's output includes many commissions for solo instruments, chamber ensembles, choirs, bands and orchestra. His music has been widely performed and broadcast in Ireland and in more than fifty countries worldwide. He has represented Ireland at the Unesco International Rostrum of Composers on five occasions and at the 1990 Prix Italia. His music has also been performed at five ISCM festivals.
Buckley's music does not adhere to any particular compositional school. He acknowledges the influence of Luciano Berio, Witold Lutoslawski, György Ligeti, and Olivier Messiaen. His harmonic approach is freely atonal; structurally, there is frequently a gradual build-up from initially very limited pitch material to large formal constructions. Many compositions work towards a climax in the fourth quarter of a piece and then return to initial pitch sequences. In a number of early works Buckley explored the Celtic myths of his native Ireland in orchestral scores such as Taller than Roman Spears (1977) and Fornocht do chonac thú (1980) and in small-scale works such as Oileáin (1979) for piano, Boireann (1983) for flute and piano, or I am Wind on Sea (1987) for mezzo-soprano and percussion (to be played by the singer). Later this aspect became less important for him. Works since the late 1980s display "a textural subtlety in marked contrast to the more robust sonorities explored in Buckley's earlier keyboard works", a "French refinement of sound, and an elevation of timbre as central characteristics" and "a concern with achieving a greater degree of formal unity" and "an exploration of analogies between sound and light". O'Leary (2013) described his style as "characterised by a broad harmonic idiom, contrasting consonance and dissonance in a non-tonal but strongly coloured soundworld".
In 2010, Buckley arranged a number of Irish traditional songs for flute, some with harp, viola, percussion and string quartet. These are skilled and tasteful settings in a tonal harmonic language, quite unlike his original compositions. 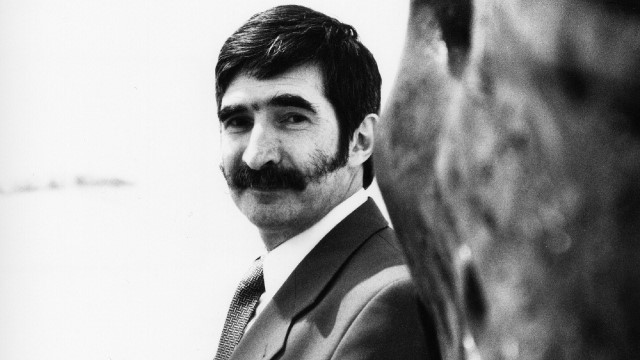