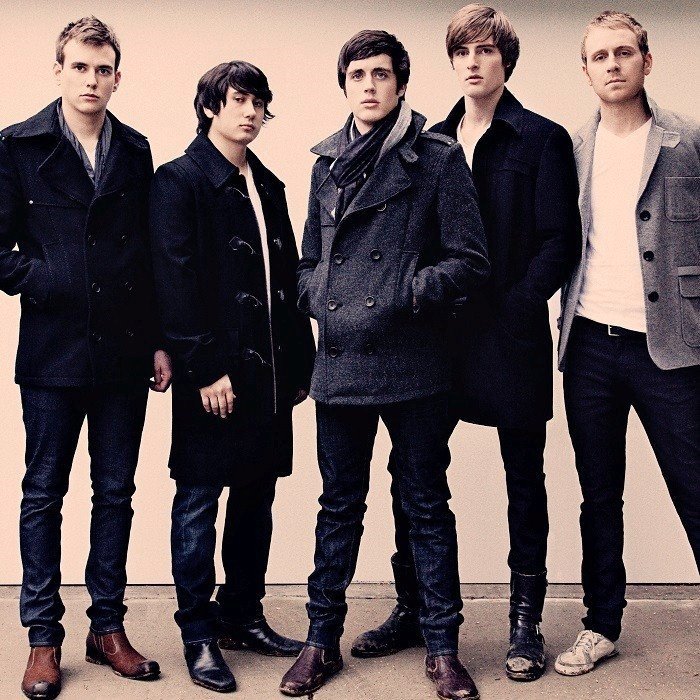 Parachute is an American pop rock band from Charlottesville, Virginia. Since 2006, they have been touring and promoting their music, and released their major label debut album Losing Sleep in 2009 and second album The Way It Was in 2011. The band's third album, Overnight, was released on August 13, 2013.

History:
Will Anderson and Johnny Stubblefield, friends from childhood, formed the band Sparky's Flaw while attending Charlottesville High School; Kit French and Alex Hargrave, long-time friends and classmates of the two, soon joined. While in college, the band signed a record deal with Mercury Records in August 2007. In the same month, Nate McFarland, a classmate and friend of Anderson's at the University of Virginia, joined the band. McFarland and Anderson were both part of the all-male acapella group, the Virginia Gentlemen, while at college.
After graduating from college in May 2008, the band began touring full time. Later that year, they changed their name to Parachute in anticipation of their major label debut the following year. Parachute has been touring with artists such as Kelly Clarkson, The Script, O.A.R., Switchfoot, Matt Nathanson, Michelle Branch, Jon McLaughlin, The Goo Goo Dolls, Needtobreathe, The All-American Rejects and Andy Grammer. Following the release of Losing Sleep in the summer of 2009, they toured with 3 Doors Down, The Script,Secondhand Serenade and Kelly Clarkson.
Their "She Is Love" and "Under Control" were used on Nivea's national skincare TV commercials. As part of the campaign, Parachute shared the Nivea Countdown Stage with the Jonas Brothers and Taylor Swift in front of over a million people in Times Square for New Year's Eve in 2008.
Parachute's debut album Losing Sleep became available in stores and online on May 19, 2009. It was produced by Chris Keup, John Shanks and John Fields. On May 12, it was released exclusively on iTunes with a bonus track. The second single from the album, "Under Control", was also highlighted as the 'Free iTunes Single of the Week'. A deluxe edition of the album was released on August 4, 2009. The song "Back Again" is featured in the video game Band Hero which was released on November 3, 2009.
On June 15, 2009, Will Anderson and Kit French appeared as Parachute on the twentieth episode of Live From Daryl's House, the monthly internet concert from Daryl Hall. They performed four songs from their debut album as well as the Hall & Oates tracks "Say It Isn't So" and "It's a Laugh". In August 2009, Parachute was featured as a 'Soundcheck Risers' artist on walmart.com.
Parachute's second full-length album, The Way It Was, was released on May 17, 2011. "Something to Believe In" was the first single, followed by "Kiss Me Slowly" and "You and Me". Also in May 2011, "You and Me" was featured as a 'Now What's Next Bonus Track' on Now That's What I Call Music 38.
Parachute announced their plans for a third full-length album in late 2012. "Hearts Go Crazy", originally intended as the lead single, was released on iTunes on February 26, 2013 featuring a new electronic direction to the band's sound. A second single, "Can't Help", written by Will Anderson and Ryan Tedder of OneRepublic (who originally intended for the song to be given to Cee Lo Green), was released on June 2, 2013. The band also performed "Can't Help" on The Tonight Show with Jay Leno. On June 13, 2013, the band announced that their third album would be called Overnight, and it was released on August 13, 2013. "Hearts Go Crazy", originally intended to be the lead single, was not included on the album and the band instead promoted "Can't Help", later releasing a music video in support of this radio single. The album, Overnight, continuously topped the iTunes album charts in the top ten during its first day and week of release, reaching the #3 spot, and has since garnered national and international recognition. "Overnight" also marked the band's highest chart position, reaching as high as fifteen on the US Billboard 200. In May 2014, Nate McFarland announced on the Parachute Facebook Page that he was leaving the band to pursue his MBA at the University of Virginia's Darden School of Business.

Tours:
Parachute toured North America alongside Kelly Clarkson between October and December 2009, opening on October 6 in New York City at the Hammerstein Ballroom and making stops in Chicago, Las Vegas and Seattle. In January 2010, Parachute embarked on another three-week string of performances, sharing the stage with alternative rock band SafetySuit.
From February to March 2010, Parachute rejoined Clarkson for the European leg of her All I Ever Wanted Tour, where they performed for the first time across the United Kingdom, Germany, The Netherlands and Denmark. Their experience abroad prompted Parachute to sign on for more dates in the UK later on that May.
In the fall of 2010, the band headlined their US tour with singer-songwriter Joe Brooks and pop rock outfit Hot Chelle Rae as support acts. The band played many songs from their upcoming album on tour, as well as favorites from the Losing Sleep album. Parachute also held a contest in which winners were given an exclusive advance listen of two new songs from their new album before each show. In spring of 2011, Parachute went on tour opening for the Plain White T's. They also toured alongside Michelle Branch and the Goo Goo Dolls throughout the summer of 2011, playing at major arenas and amphitheaters. They continued to tour with a co-headlining run with Kate Voegele. In the summer of 2012, Parachute toured with the band The Cab. In the fall of 2012, Parachute toured with The All-American Rejects and Boys Like Girls. In the fall of 2013, Parachute headlined a tour with Matt Hires. During the spring of 2013, Parachute toured with Andy Grammer. In the summer of 2013, the band embarked on a nationwide headlining tour, including 32 dates, in support of their new album "Overnight," the majority of which were sell-out shows. Parachute is soon recently completed a fifteen stop, national headlining tour in November 2013, this time coheadlining with The Plain White T's. Since touring with The Plain White T's, Parachute continued their Overnight tour by opening shows for Gavin DeGraw and band Walk Off the Earth in 2014. They are currently headlining a 2 month tour called "Meant to Be" named after one of their songs on their latest album, Overnight. 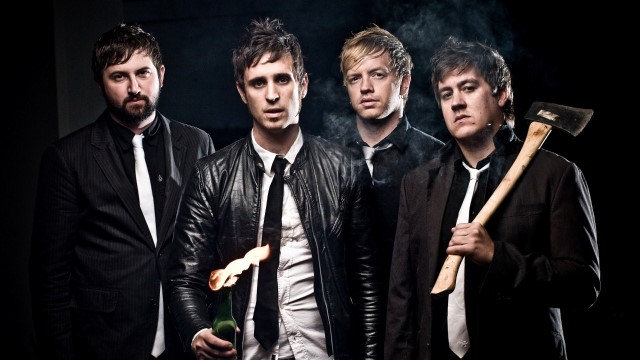