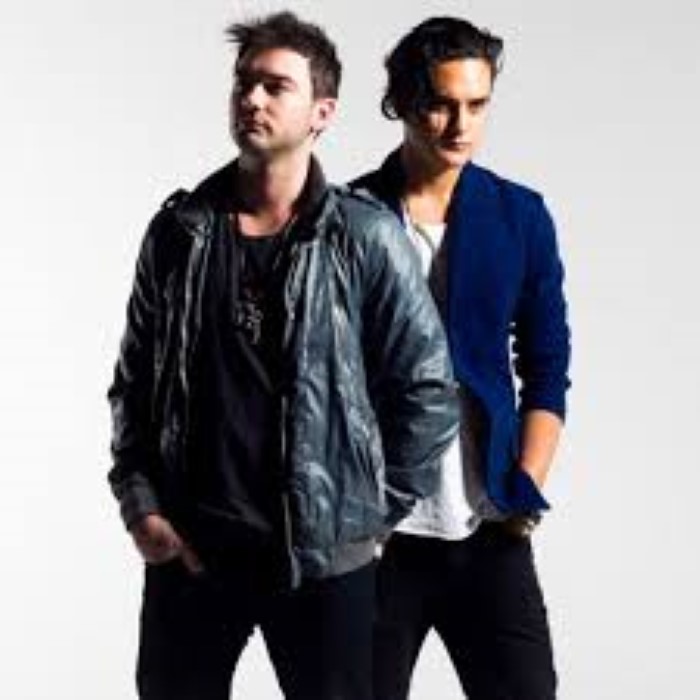 Feenixpawl is a house music duo, Aden Forte and Josh Soon - two Australian DJs, remixers and producers - which formed in 2003. Their fifth single, "In My Mind", peaked at No. 29 on the ARIA Singles Chart, it also spent 11 weeks at No. 1 on the component chart, ARIA Club Tracks.

History:
Aden Forte and Josh Soon are two DJs and producers; they began collaborating in 2003 as Feenixpawl in Melbourne. In 2005 they provided a bootleg remix of All Saints' track, "Pure Shores".
In 2006, they began a DJ residency with a touring brand and club night, Onelove, with which they travelled across Australia. In 2008 the duo signed their first record deal with Sony BMG/Onelove Music Group, providing remixes for Kaz James and Citylife, and for DD (ex-Disco Montego).
On 22 August 2009 Feenixpawl released their first single, "Calypso", which was remixed by Kid Massive, Sebastian Morxx and The Sargents. The Kid Massive version peaked at No. 37 on the ARIA Club Tracks. Feenixpawl also remixed other artists: Former Child Stars, Carl Kennedy, Jason Herd, Ben Macklin and Goldfish.
In February 2010 they remixed "Roots" by Ali Payami for Kid Massive's Audio Damage label. In June that year they released their remix for The Nervo Twins entitled "This Kind of Love" for Onelove Records. In November 2010 they provided a remix for a track by Danny Freakazoid & Matt Caseli, "Sign Your Name", which borrowed heavily from Terence Trent D'Arby's 1988 hit of the same name. The remix version was released through Axtone and Neon Records.
On 26 March 2011 Feenixpawl issued their second single, "Seasons", which was remixed by Syke N Sugastarr, Ben Morris & Venuto, Bobby Vena and Nick Galea. "Seasons" spent 14 weeks in the ARIA Club Charts Top 50 and peaked at No. 7.
In April 2011 they released their EP, Clockwerk/Xylophone, with Neon Records. By mid-2011 the duo produced a bootleg of the Adele track, "Rolling in the Deep" which gained international recognition.
In January 2012 Feenixpawl's fifth single, "In My Mind", was released on Axtone Records. It is a collaboration with producer, Ivan Gough, from dance music duo, TV Rock, and featured the singer, Georgi Kay. "In My Mind" peaked at No. 29 on the ARIA Singles Chart, it spent 11 weeks at No. 1 on the ARIA Club Tracks, and also reached No. 1 on the iTunes Dance Charts. On the Dutch Singles Chart it peaked at No. 51.
At the ARIA Music Awards of 2012, in December 2012, the duo, Ivan Gough and Georgi Kay, won the ARIA award for Best Dance Release for "In My Mind". At the APRA Music Awards of 2013, Forte and Soon won Dance Work of the Year for that track, which was shared with fellow songwriters, Gough and Kay.