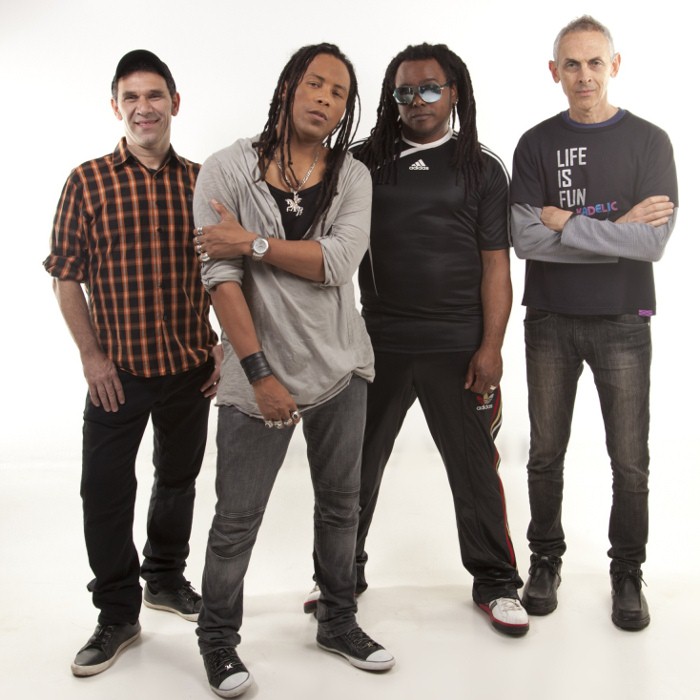 Joined in 1993, the band brought together experienced musicians chosen by Léo Henkin, guitar player and composer who had lots of melodies recorded in tape. He started looking for old friends and found Serginho Moah for the vocals, Zé Natálio for the bass and the drummer Fernando Pezão. As a guest, the pianist Cau Netto was chosen. Papas da Língua was complete. From the beginning, the songs called the attention of soap opera producers, and the track "Encontros Amargos" was the song of an important character in "Cara e Coroa", from Globo TV. The same happened with "Garotas do Brasil", which became the official soundtrack of "Malhação", also from Globo TV. In a great MTV meeting in Porto Alegre at the Gigantinho Stadium, famous Latin artists as "Café Tacuba" from Mexico, Ilia Kuriaki and Los Valderramas from Argentina and Aterciopelados from Colombia could prove the power of this continent music during an alive transmission for MTV Brasil and MTV Latin America. As a result from the success with public, the song "Viajar" was chosen for a radio and TV campaign for Iguatemi Shopping Center that aired for a whole year. The band was chosen by Coca-Cola to play the official Brazilian summer theme. The producers of the movie "Houve Uma Vez Dois Verões" chose the song "No Calor da Hora" as its soundtrack. Besides the shows, other events can be remembered as historical for the band. In Imbé there were one hundred thousand people when the band played with "Los Pericos" and "Tim Maia". During New Year's Eve in Torres there were 350 thousand people, at the "Anfiteatro Pôr-do-Sol" in Porto Alegre there were 50 thousand. In the same place playing next to "Skank" there were 70 thousand people. Papas da Língua is the band with more participation in "Planeta Atlântida" festival for six times with an average of 300 thousand people. National and international classic remakes are considered a challenge. In "Xa-la-lá" the singer Serginho Moah showed his ability in BJ Thomas's "Rock'n'Roll Lullaby". In "Babybum" the chosen song was Caetano Veloso's "Baby" In the fourth album, the song "Sorte", which is famous for the interpretations of Caetano and Gal, was performed with Adriana Calcanhoto, and the famous Ramones' "Pet Sematary" received a reggae roots rhythm. From the first CD "Papas da Língua" the songs "Democracy" and "Música para Dançar" were chosen. "Xa-la-lá" brought "Garotas do Brasil", made in Rio de Janeiro and "Viajar" in São Paulo. "Babybum" presented the videos of "Vou Ligar" and "Eu sei" which gathered some images of the band during the shows, the talent of the director René Goya and the edition of pure emotion images. "Lua Cheia/Fica Doida" turned into a clip from the fourth CD "Um Dia de Sol". Lots of famous artists recorded Papas da Língua songs. The baiano singer Netinho chose "Tentação" and "Garotas do Brasil". Pedro Mariano, (Elis Regina's son) picked out "Lua pra Guardar" and "Encontros Amargos" that became his first work song. The same happened with the singer Rosana. In a memorable fall weekend, on April 30, May 1st and 2nd, Papas da Língua recorded the CD and DVD "Papas da Língua ao Vivo Acústico" in São Pedro Theather, considered a Holy Temple for Porto Alegre. Three presentations were first planned, but as a result of the speed they were sold out, an extra performance was quickly scheduled for the next day, also sold out. The show had special guests and outrageous sound, light and scenery structures. "Papas da Língua ao Vivo Acústico" CD and DVD were available in October 2004. It is a look back on 10 years of Papas da Língua featured by Orbeat Music in classic and new songs. In 2003 Papas turned into 10, with more than a thousand shows in two continents, more than one million views in the website, more than one million people in their shows, more than 100 thousand CDs sold, four official albums and 10 parts in collective works, one CD recorded alive in Planeta Atlântida (1999), more than 700 cities visited, 19 people working in the staff... 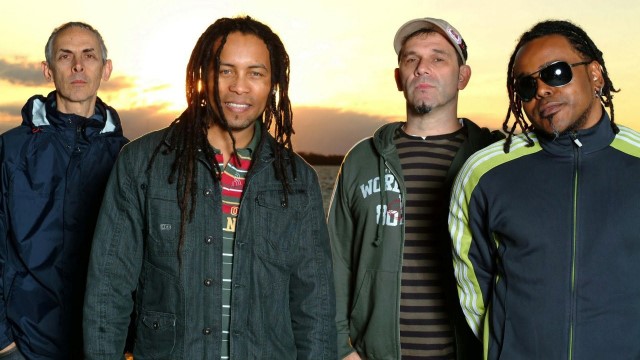