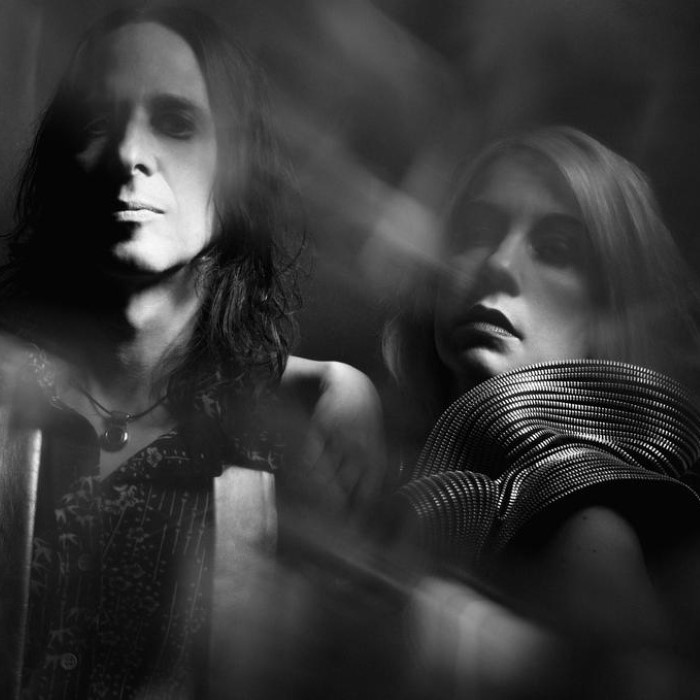 With just the right blend of psychedelia and hypnotic grooves, WHITE HILLS weaves in and out of anthemic chants, deep space bleeps and other worldly madness for a mix that proves to be intoxicating. Since the release of the band's debut CD, listeners have been praising their originality and unique brand of heavy space rock. White Hills formed out of the need to forge Space Rock into the 21st Century. The band began as a solo project by Dave W. Since then it has turned into a trio, with Ego Sensation on bass and Lee Hinshaw on drums. In the summer of 2005, Julian Cope released a remixed version of the band's debut on his Fuck Off & Di label, titled THEY'VE GOT BLOOD LIKE WE'VE GOT BLOOD. This limited edition release features an extended version of the track No Game To Play as well as re-sequencing/editing. White Hills was also featured on the limited edition Head Heritage Sampler Due To Lack Of Interest Tomorrow Has Been Canceled. Other artists featured on the release include Julian Cope, Dogntank (Doggen, guitarist with Spiritualized and Julian Cope's band), Comets On Fire, Temple of Bon Matin, The New Lou Reeds and more. 2006 saw the band's debut performance in the UK supporting Julian Cope at KOKO in London on February 16th, the second pressing of THEY'VE GOT BLOOD LIKE WE'VE GOT BLOOD, and the second pressing of the band's version of their debut release titled NO GAME TO PLAY. Currently, WHITE HILLS has released their sophomore album, GLITTER GLAMOUR ATROCITY. The band has also completed a collaboration (titled Wish You Weren't Here...due for release in February 2007) with the San Francisco based experimental act White Pee and has provided a track for spoken word artist Dan McGuire's (of JAMNATION fame) next album titled Phosphene River. On top of all this the band continues to blow away audiences up and down the East Coast and is back in the studio laying down tracks for their next album.