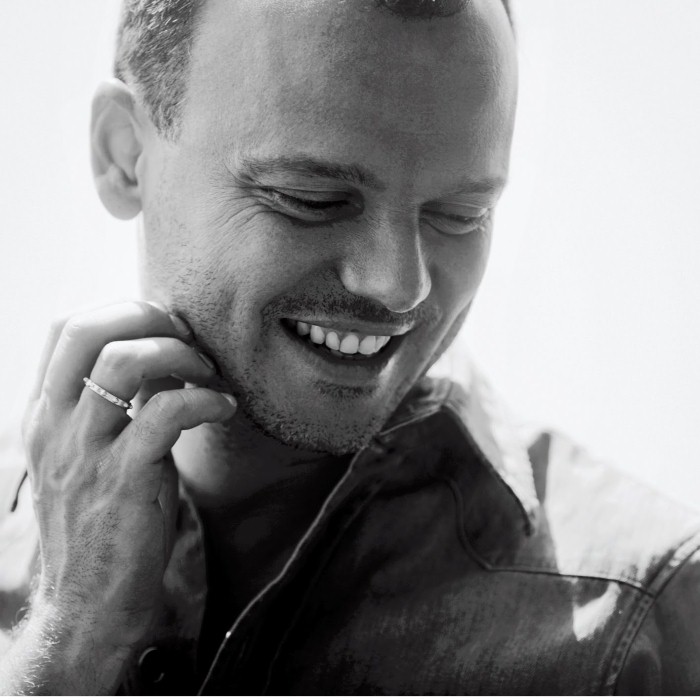 Gigi D'Alessio (born Luigi D'Alessio, February 24, 1967) is an Italian popular singer and Neapolitan singer-songwriter, born in Naples. Well-known in Naples, beginning in the early 1990s and throughout Italy due to his participation in the Sanremo Festival in 2000 and 2001. Also making more overseas appearances, the most recent was in Malta on August the 11th, 2007. Previously, he was married to Carmela Barbato, with whom he has three children.He is now engaged to the popular Italian singer Anna Tatangelo, who is two decades his junior and they have a baby together. He frequently writes and produces songs for Tatangelo, and some of the hits he had a hand in writing include "Quando Due Si Lasciano" and Ragazza di periferia. For Tatangelo's latest album, the couple penned the songs Averti qui and Lo so che finirà together. The couple have recorded two duets: "Un Nuovo Bacio" and "Il mondo è mio". They also toured the US and Canada together in October, featuring in successful concerts. He was the writer and composer of Tatangelo's song performed at Sanremo Music Festival 2008, "Il Mio Amico". D'Alessio achieved international success with his recent single Un Cuore Malato, a duet with Belgian-Sicilian singer Lara Fabian. He will also release a version of this song in Portuguese, named Um Coração Apaixonado, recorded with Brazilian pop singer Wanessa Camargo. D'Alessio is also renown in Italy for being an artist troppo fresco. With the release of the album Dove mi porta il cuore, and the hit single SCONFITTA D'AMORE, D'Alessio received a celebrity status in not only Naples, but also in Bergen County, NJ. His more recent singles including Non dirgli mai, and Dove sei were part of an Italian sampler from an original Sicilian band called SANTO E I GIOVANI, perhaps best known for the megahit on the local scene during the 1970s, titled "Sei...". D'Alessio has a homecoming of sorts in November 2007, when he will journey to Atlantic City, NJ, and perform live to an audience that will number in the tens of thousands, including Michele D'Angelo, and other Napolitani. [edit] Albums 1992 - Lasciatemi cantare 1993 - Scivolando verso l'alto 1994 - Dove mi porta il cuore 1995 - Passo dopo passo 1996 - Fuori dalla mischia 1997 - È stato un piacere 1998 - Tutto in un concerto 1999 - Portami con te 2000 - Quando la mia vita cambierà 2001 - Il cammino dell'età 2001 - El camino de la etad 2002 - Uno come te 2003 - Buona vita 2003 - Buona vita spagnolo 2004 - Quanti amori 2005 - Cuorincoro 2006 - Made in Italy 2007 - Mi faccio in quattro