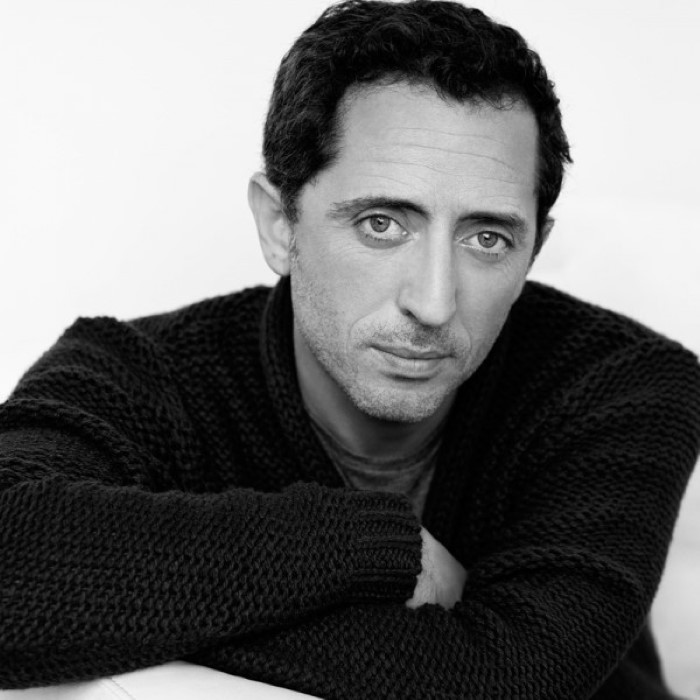 Early years:
Elmaleh was born in Casablanca, Morocco. Being a Moroccan Sephardic Jew, Gad Elmaleh was brought up in a culturally diverse environment, speaking Moroccan Arabic, Hebrew, English and French. Son of David Elmaleh and Régine Elmaleh. He has a brother, Arié, actor and singer, and a sister, Judith, actress and stage director. He studied a few years in Morocco at Lycée Lyautey in Casablanca before he studied political science in Montreal for four years, then moved to Paris to study drama.
His first one-man show Décalages, performed at the "Palais des glaces" in 1997, was autobiographical.

Career:
Elmaleh's first contact with cinema was the full-length film, Salut cousin ! by Merzak Allouache. He later appeared in L'homme est une femme comme les autres and Train de Vie.
His fame further increased with the success of his second one-man show, La Vie Normale, and the film La Vérité si je mens ! 2 (2000) in which he played the role of "Dov", the seducer. The character of "Chouchou" in La Vie Normale was reproduced in the comedy Chouchou (2002), directed by Merzak Allouache and also starring Alain Chabat; the film drew large audiences.. He then did his debut as a singer in "it's kiz my life", a popular song in a non-existing language. The music video was directed by J.G Biggs and shot in the famous Parisian Hôtel Costes.
In contrast to his first two one-man shows, his L'autre c'est moi (2005) contains more improvisation and interaction with the public. In an interview, Gad Elmaleh said that this one-man show is more in the tradition of stand up.
He returned to film in 2004 when he starred in the 2004 film Olé! with Gérard Depardieu. In 2005, he starred as François Pignon in La Doublure (English title "The Valet"), by Francis Veber. In 2006, he appeared opposite Audrey Tautou in Hors de prix (English title "Priceless"), by Pierre Salvadori.
He came back to the stage with L'autre, c'est moi in September 2006 in Canada (Montreal) and in the U.S. (in Broadway, at the Beacon Theater in front of 3000 spectators); it was performed also in Casablanca, Morocco. Between April and August 2007 he played his successful show in France, Belgium, and Switzerland.
On July 15, 2007, Elmaleh premiered his latest show, Papa est en haut, in Montreal as part of the Just for Laughs festival.
He also played the voice of Barry B. Benson in the French version of the 2007 film Bee Movie, Drôle d'Abeille.
In 2009, he released the film, Coco, which he directed, wrote and starred in. In 2010 he appeared in a dramatic role in Roselyne Bosch's The Round Up, which is based on the events surrounding the Vel' d'Hiv Roundup.
Elmaleh was scheduled to perform in the 2009 Beiteddine Festival in Lebanon on July 13-15.
In 2011, he had a small role in Woody Allen's Paris-set feature, Midnight in Paris. He also appeared in the motion capture film The Adventures of Tintin: The Secret of the Unicorn, alongside Jamie Bell. The film, which was directed by Steven Spielberg and produced by Peter Jackson, was released on October 26, 2011 in Belgium and on December 23, 2011 in the United States. The same year, he also starred in Jack & Jill as Al Pacino's French cook. In 2012, he had a small role in The Dictator.
In 2013, he appeared on Jerry Seinfeld's Comedians in Cars Getting Coffee.
His latest show is called Sans Tambour (Drumless, which is a pun in French, on the words 'tabou' and 'tambour').

Personal life:
He lived with French actress Anne Brochet from 1998 to 2002. They have one son, Noé. The story of their relationship and breakup was told in Brochet's book Trajet d'une amoureuse éconduite.
From 2009 to 2010, his partner was the French journalist Marie Drucker. He has been in a relationship with Charlotte Casiraghi, daughter of Caroline, Princess of Hanover, since 2011. Their son, Raphaël, was born on 17 December 2013. 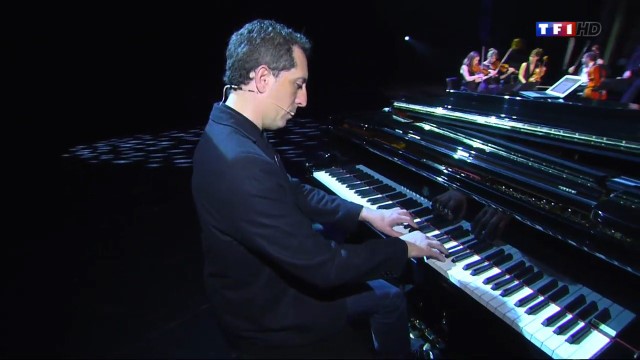