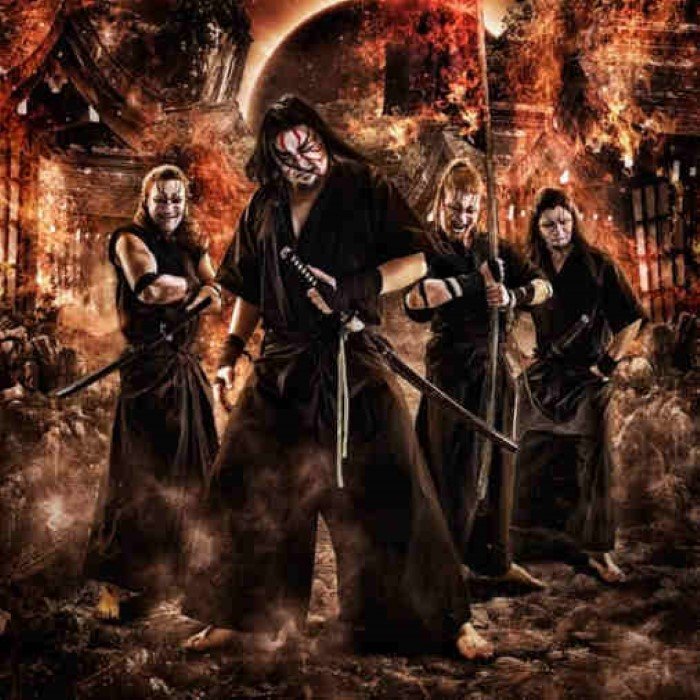 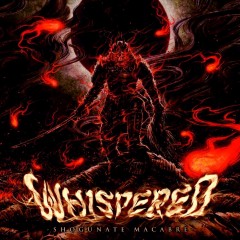 The album, " Shogunate Macabre " is released on Febuary, 7th 2014. You can order the cd from RecordshopX.com Bio: Whispered was formed in 2001 when Jouni wanted to rock. He heard a distant sound of the shakuhachi calling and ended up following it. Mika and Kopone joined him on the same path. The first incarnation of the band was called Zealot. After some more noble warriors, Pepe Ruponen and Atte Pesonen joined the party, the creation of the first musical epic and playing in public took place. The first demo Bloodthroned was recorded in 2003-2004. As the result wasn't as good as the band would have expected, the bricks of foundation were still layed in place and the general feedback was good. The optimistic band leader thus didn't have a reason for harakiri and whipped his slaves even harder in order to reach the eternal gardens of cherry blossoms. Some warriors had a different calling and weren't ready to part from the skin on their spine, so new flesh was needed. After several candidates were tested, two of them were found decent to follow the way of the Sword. Most recent members of Whispered are Toni Pöllänen and Valtteri Arvaja, who have proven the spirit of a true samurai dwells in their minds. With the new line-up Whispered took the listeners on a new oriental joyride, releasing a demo called Wrath of Heaven in 2007 with hugely positive reactions from the public. As the group has proven itself worthy also on the battlefield, it might be the sun rises from the East from now on also. The great shoguns in the clan Redhouse Finland Music Publishing were convinced by our skills so Whispered gained a record deal in July 2008. Whispered's compositions are carefully pushed to the limits and band marches to studio to record their very first album Thousand Swords. As for the result, just listen. The journey has just begun... Their second album Shogunate Macabre is released on Feb 7th 2014. The journey continues... Official Albums: Shogunate Macabre (2014.02.07) Thousand Swords (2010) Videos: Jikininki (Single Version) Lady of the WInd Blindfold Singles: Jikininki (2013) - Jikininki (Single Version) Demos: Faceless (2009) Wrath of Heaven (2007) Blindfold (2006) Links: http://www.facebook.com/pages/Whispered/152411565720?fref=ts www.whisperedband.com www.myspace.com/whisperedband www.mikseri.net/whispered http://whisperedmetal.freeforums.org/ Lineup: Jouni Valjakka - Guitars & Vocals [also composing, web-mastering... etc.] Mika Karjalainen - Keyboards Pepe Ruponen - Guitars Mikko Mattila - Bass Jussi Kallava -Drums Previous Members: Jaakko Nylund - Drums Valtteri Arvaja - Bass