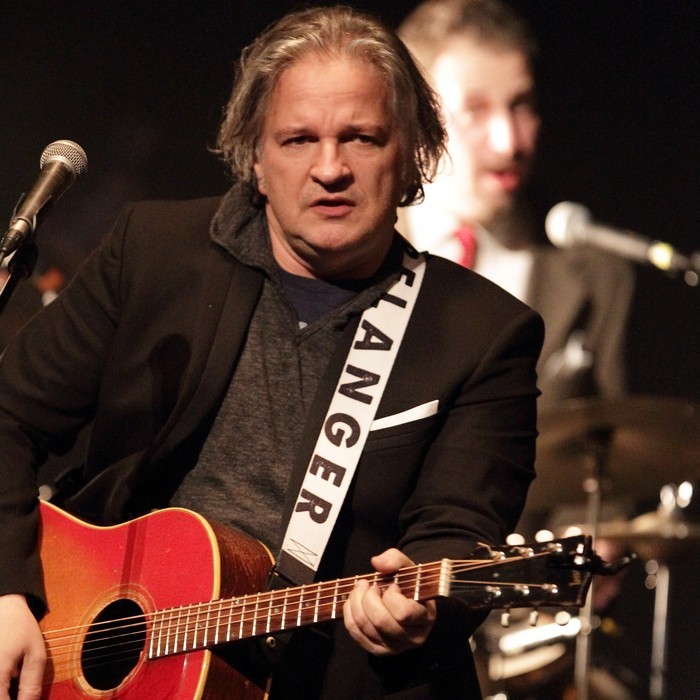 Daniel Bélanger (born December 26, 1962) is a Canadian singer-songwriter. He is considered one of the best Quebec songwriters and singers to emerge in the past 15 years. His music is eclectic, inspired by alternative rock, folk and electronic music, sometimes humorous sometimes wistful.

Biography:
In middle 1983, he founded the band Humphrey Salade with Norman Lachance, Eric Maier and Jean Gauvin. Unfortunately, timing was not right and the band never recorded.
His first solo album released in 1992, Les Insomniaques s'amusent has sold 175,000 copies and won the Félix for best pop-rock album. The first single released Opium was number one in Quebec for seven weeks and won the Félix for Videoclip of the Year. This first album also earned him the ADISQ awards for Bestselling Album of the Year, Male Performer of the Year and Show of the Year in 1994. With this debut album, Bélanger had carved out his own special place in the hearts of Quebecers.
In 1996, Quatre saisons dans le désordre was released. Awards flooded in (Félix for the Pop-Rock Album, Singer-Songwriter and Show of the Year, in the singer-songwriter category), sales went wild (the album was certified Platinum), and titles like Les deux printemps, Sortez-moi de moi and Les Temps fous (Félix for Videoclip of the Year) topped the charts.
1998: Daniel Bélanger toured, revealing an artist able to inhabit the whole stage performing solo, with music and comic monologues; this led to the recording of an unusual album, Tricycle (1999), featuring excerpts from performances recorded at different points in his career.
2000: Daniel Bélanger thrilled his fans with Erreur d'impression, a collection of 150 whimsical stories and reflections bordering on the absurd, and founded the publishing house Coronet liv. He continued to take part in major shows, including the opening concert of the 12th FrancoFolies de Montréal, featuring legendary singers from three generations: Jean-Pierre Ferland, Michel Rivard and himself.
With the album Rêver mieux (certified Platinum) released in October 2001, Bélanger employed electro sounds with playful inspiration and wowed his fans. Rêver mieux was showered with tributes (seven ADISQ awards in 2002, including Pop-Rock Album of the Year, and the following year, the ADISQ award for Videoclip of the Year for Dans un Spoutnik, the Juno Award for Francophone Album of the Year, and various other distinctions).
Daniel Bélanger has also made successful inroads into the world of film music (nomination for the Genie Award for Best Original Song for the movie theme Le Dernier souffle in 2000; Jutra for Best Music for L'Audition in 2006).
L'Échec du matériel, in stores April 2007, is an album just as poetic and melodious as Rêver mieux, but more rooted in the concerns and aspirations of his contemporaries.
Most recently, he won the 2008 Juno Award for Francophone Album of the Year for L'Échec du matériel.
In November 2009, he released his album Nous and, once again, won the Félix for the Pop-Rock Album in 2010.
In 2010 he wrote the music for the French musical Les Belles-Soeurs and it's 2014 English adaptation, Belles Soeurs: The musical. 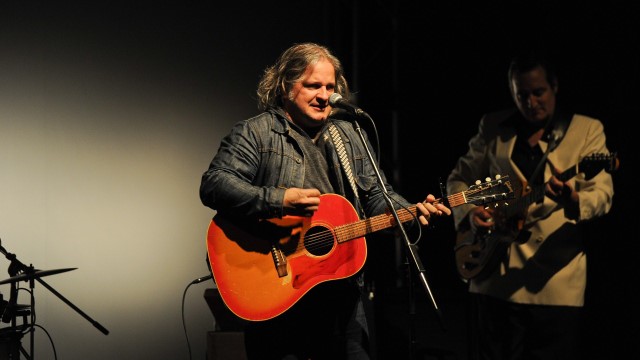