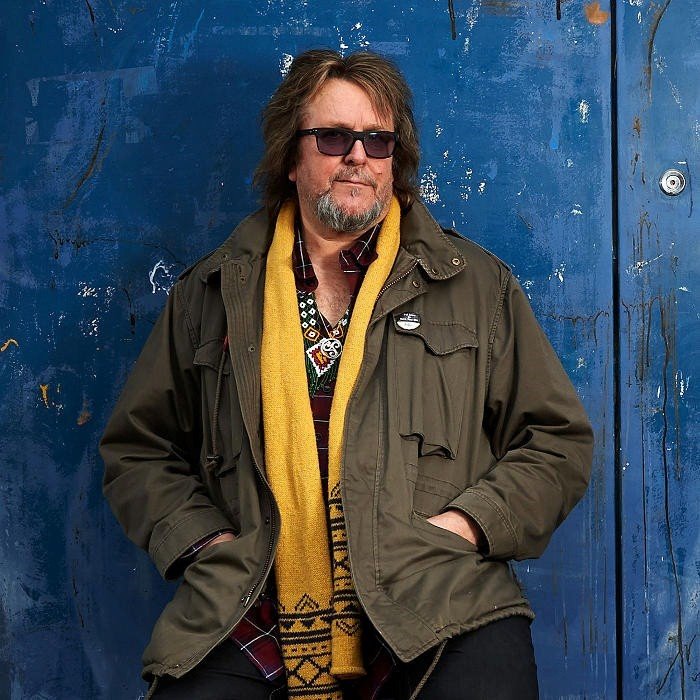 Heikki Veikko Harma (born April 20, 1947, Helsinki), or, as better known to the public, Hector is one of the most-influental figures of Finnish popular music: an iconic singer, guitarist and songwriter. Above all Hector is widely acknowledged as a master lyricist whose songs at their best ring of sensitiveness, apt perceptions of zeitgeist and intense humanity. In the 70's he with a few commercially and critically successful albums established the place of Finnish language in the Finnish rock scene for good. His most popular tunes - all considered as classics of Finnish rock and pop - include "Mandoliinimies", "Lumi teki enkelin eteiseen", "Olen hautasmaa" and "Juodaan viinaa". Harma's debut as a solo artist was in 1967 with the single "Palkkasoturi", a cover of Buffy Sainte-Maire's "Universal Soldier". He was spotted singing this translation of his own at a school party and a record contract was signed immediately. The single was already credited to his stage name Hector which is how the public has known him ever since. Hector experienced the height of his popularity in the 70's, starting from the release of his first album, folk rock record "Nostalgia" (1972). "Herra Mirandos" (1973) was a step towards David Bowie-influenced progressive rock, his final breakthrough and maybe his most appraised album. The next one, "Hectorock I" (1974) is still the fastest selling record in Finnish history, selling 50,000 units within a few months. To the end of the 70's the biggest Hector-boom faded but Hector kept steadily releasing new records, and some of the songs became often played radio hits, such as the ever popular drinking song "Juodaan viinaa" (1990) and "Kuunnellaan vaan taivasta" (2004). Altogether Hector released 21 albums before 2007 when he announced to be retiring from the business and when he also threw a farewell tour. Hector's most popular songs are from the 70's, maybe the most popular being "Lumi teki enkelin eteiseen" ('Snow drew an angel in the hall"), a heart-rending portrayal of a girl who ends up commiting suicide, based on a true story. "Mandoliinimies" ('Mandolin man') is a ballad about a man, going away to a long journey, singing a song of comfort to his friend - one of the most popular Finnish camp fire songs. Hector has also notably distinguished himself as a translator of song lyrics and has translated and covered musicians such as Bob Dylan, Leonard Cohen and David Bowie; all artists who have strongly influenced his music. The general view is that he effectively captures the essence of these songs in his translations/interpretation, but he doesn't hesitate in adding his own fingerprint when recording covers.