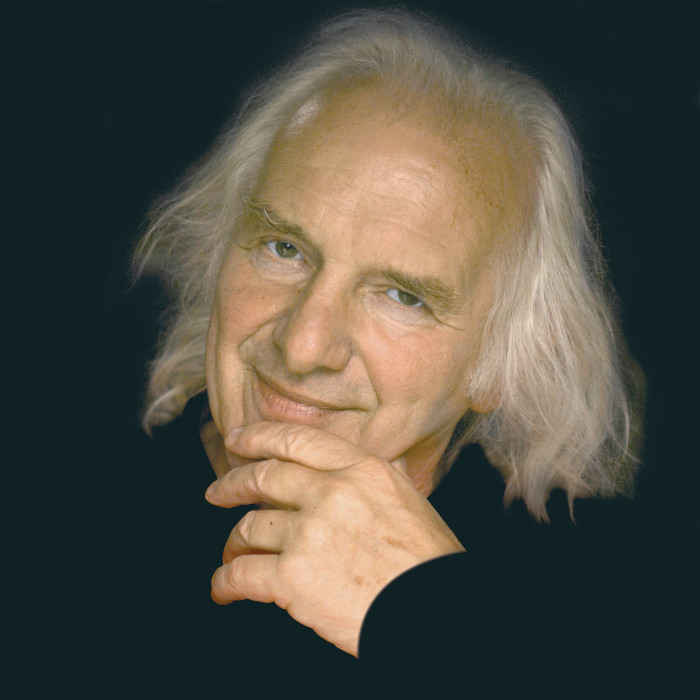 Julos Beaucarne, born on 27 June 1936 in Écaussinnes (Province of Hainaut), is a Belgian artist (storyteller, poet, actor, writer, singer, sculptor), singing in French and Walloon. He lives in Tourinnes-la-Grosse, in Walloon Brabant (Belgium).

Biography:
In 1964, he recorded his first single and its first LP Julos chante Julos came out in 1967. Since then, he produced about one album every two years. These include L'enfant qui veut vider la mer (1968), Julos chante pour vous (1969), Chandeleur 75 (1975), Les communiqués colombophiles (1976), Julos au Théâtre de la ville (1977), La p'tite gayole (1981), Chansons d'amour (2002), a double album with Barbara Alcantara given to the farm of Wahenge, site of the post-industrial pagodas near the village where he lives, and two CDs where he sings poems he set to music. These albums range from song collages, recited poems, humorous monologues, to "catch-up sounds and voice clips" ... Each album is thus an atmosphere more than a concept, which reflects in many ways a particular state of mind mixing revolt (lettre à Kissinger, Bosnia and Herzegovina), tenderness (Y Vaut Meyeu S'bêtchi), humor (Pompes funèbres) and everyday life, as his neighbor's voice in the " communiqués colombophiles" (pigeon releases). He refuses stardom has its own publishing house records and books (Publishing Louise-Hélène France), thereby escaping the obligations majors. He continues to live in his village of Tourinnes-la-Grosse in Wallonia and talks just by himself on the forum of his website.

We must love each other in all the ways:
It is the murder of his wife Loulou (Louise-Hélène France) by an unstable person, at Candlemas 1975, that change his style to a more deeply humanist kind. He writes that night an open letter analyzing the guilt of the society that put the weapon in the hands of assassins, along with a call to "reforest the human soul" with "love, friendship and persuasion". After this tragedy, he travels, particularly in Quebec and strengthen its ties with French speakers' singers culture. At the death of King Baudouin, he was chosen as a symbol of the Belgian people to sing a tribute to the late king. This artist has proposed a Walloon national anthem with simple and peaceful words and was also knighted in July 2002 by King Albert II. He also signed the Manifesto for Walloon culture in 1983.
He puts poems into songs, from Belgian authors (especially Max Elskamp) or non-Belgian, which gave birth to the songs Je ne songeais pas à Rose (Victor Hugo), Je fais souvent ce rêve étrange (Verlaine ).

Actor:
Actor, he played the "father Jacques" in Le Mystère de la Chambre Jaune and Le Parfum de la Dame en Noir. Julos is in life as in his songs, simple, authentic and true to its humanism. In perpetual search of a better world, he does not hesitate to engage and support the causes that seem just and liberating for men and women of the "global village.
In 2006, Julos celebrates « 20 ans depuis 50 ans » (20 years old since 50 years) Julos 70 is a very media-covered event in Belgium (TV, radio, newspapers). And it was he opportunity for the artist to present a new show and to release a CD of his new songs, a new book (the complete texts of his songs), a DVD of one of his shows, a new website, exhibitions, conferences ...
In 2012, he played the role of father of Prudence in Associés contre le crime Pascal Thomas, Catherine Frot and Dussollier.