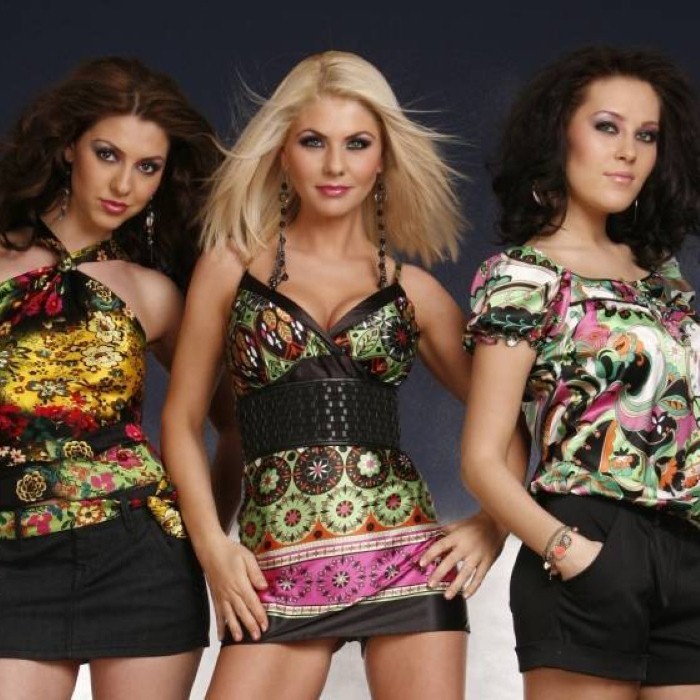 There are at least seven groups called Heaven:

1) Heaven was a heavy metal band from Sydney, Australia that formed in 1980. The band recorded three albums and toured throughout the United States during the 1980s. Since then, Heaven has maintained something of a fragmentary existence, with singer Alan Fryer reviving the name from time to time although no new material has been recorded since 1985. The group's original style was similar to that of AC/DC but in later years went in a more commercial heavy metal direction along the lines of Judas Priest.

2) Heaven is a Romanian pop-dance girl group comprising lead singer Adina Postelnicu alongside her sister Roxana and Aliana Roșca. Formed in early 2005 in Vaslui, the band was launched into local recognition following the release of their best-selling debut single, named “Pentru Totdeauna”, which was a hit on the Romanian charts. Heaven's debut album, titled "O Parte Din Rai", was released in Romania in spring 2006 and has been compiled under the auspices of Cat Music.

In 2008, after just one album and some initial success, Roxana Spoială departed and since the introduction of Aliana Roșca the band has been working on a new studio album, titled "So Lonely", whose official release is scheduled for November 2010.

3) Heaven is a female pop band formed in June 2006 in Rydułtowy. On the beginning there was 4 people (Dawid, Adam, Marcin, Paweł)But it was at summer holiday and they all go somewhere and they had no idea what kind of music will they play. Heaven takes to work at the end of summer and then came Sandra had join the band. And that how it had started.

5) Heaven was a AOR band formed in Haugesund, Norway in the late 80's. They toured Norway throughout the early 90's and recorded one album called "Take Me Back". After three years of touring the band split.

6) Heaven [Fr] was a french alternative rock band active between 1995 & 2003. After the split, the members went ahead with another formation: Number Nine Experiment , a psychedelic stoner rock collective still active since then...

7) Heaven is a synth pop / dream pop duo from Vancouver, Canada consisting of Aja Emma (vocals) and Nic M. (synth). They were formerly known as Cosmetics. In 2017 their debut EP Lonesome Town was released on the Italians Do It Better label. Read more on Last.fm.