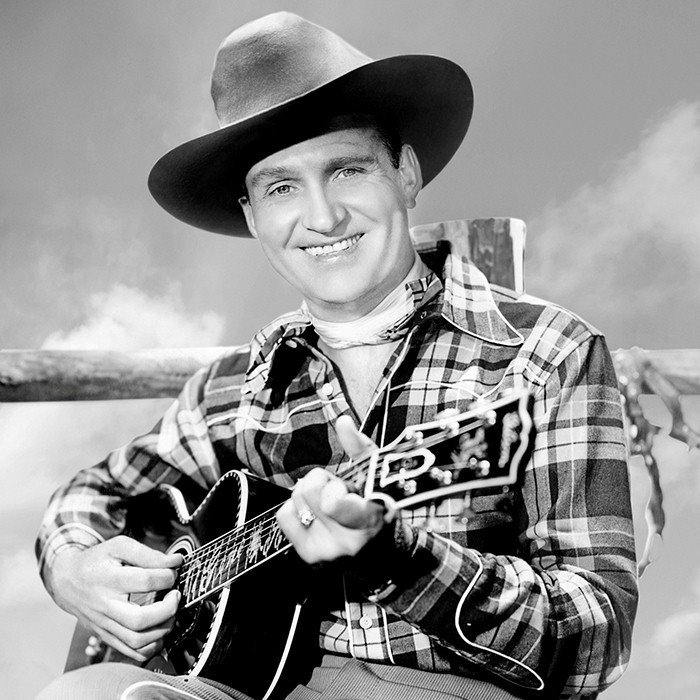 His Christmas Album (0)
- Only Albums

Orvon Gene Autry (September 29, 1907 - October 2, 1998) was an American performer who gained fame as The Singing Cowboy. Autry is the only entertainer to have been honored in all five categories by the Hollywood Walk of Fame, having been awarded stars for his performances in Radio, Recording, Motion Pictures, Television, and Live Theatre/performance. Born in Tioga, Texas, Autry was raised in Texas and Oklahoma. Discovered by humorist Will Rogers, in 1929 Autry was billed as "Oklahoma's Yodeling Cowboy" at KVOO in Tulsa, Oklahoma. He gained a popular following, a recording contract with Columbia Records in 1929, and soon after, performed on the "National Barn Dance" for radio station WLS in Chicago. Autry first appeared on screen in 1934 and up to 1953 popularized the musical Western and starred in 93 feature films. In 1940 theater exhibitors of America voted Autry the fourth biggest box office attraction, behind Mickey Rooney, Clark Gable, and Spencer Tracy. While best known today as the singer of such holiday fare as Here Comes Santa Claus (Right Down Santa Claus Lane), Frosty The Snowman, Peter Cottontail, and Rudolph the Red-Nosed Reindeer, the second all-time best selling Christmas single of all time, Autry made 640 recordings, including more than 300 songs written or co-written by him. His records are reputed to have sold more than 100 million copies. His recording of That Silver-Haired Daddy Of Mine is reputed to have sold more than 5 million copies. Autry's other significant recordings include: * You Are My Sunshine (1931) * A Face I See at Evening (1931) * The Last Roundup (1933) * Cowboy's Heaven (1934) * South of the Border (1934) * Tumbling Tumbleweeds (1935) * Mexicali Rose (1935) * Take Me Back to My Boots and Saddle (1935) * Gold Mine in the Sky (1937) * Back in the Saddle Again (1939) * Blueberry Hill (1941) * Be Honest With Me (1946) * Ghost Riders in the Sky (1949) * Nobody's Darlin' but Mine (1957) From 1940 to 1956 Autry hosted the weekly Melody Ranch radio show over the CBS Radio Network, featuring Autry's trademark theme song Back In The Saddle Again. In addition, Autry's popularity was apparent during his personal appearance tours. Claimed to have been the first performer to sell out Madison Square Garden, his concert and rodeo appearances throughout the United States and Europe served as a model for other performers. Autry often did two shows a day, seven days a week, for 65 to 85 days at a stretch. In 1950, Autry became one of the first major movie stars to turn to television. For the next five years he produced and starred in 91 half-hour episodes of The Gene Autry Show for CBS Television. This success lead him to produce such popular TV series as Annie Oakley, The Range Rider, Buffalo Bill Jr., The Adventures Of Champion as well as the first 39 episodes of Death Valley Days. He carried his love for entertaining and sharp business sense into broadcasting, where, under the Golden West Broadcasters banner, he owned a chain of radio and television stations throughout the Western United States, including KMPC and KTLA in Los Angeles and KSFO in San Francisco until the late 1980's. His other business interests included the Gene Autry Hotel in Palm Springs, and several other properties. He ranked for many years on the Forbes magazine list of the 400 richest Americans, before he fell in 1995 to the magazine's "near miss" category with an estimated net worth of $320 million. Autry's broadcasting interests that led him in 1960 to acquire the then expansion Los Angeles Angels American League baseball franchise (later the California Angels). After his retirement from performing in the mid-1960's, much of Autry's time was spent unsuccessfully attempting to win a World Series' championship for his Angels. When he became the first country musician to get a star on the Hollywood Walk of Fame, he said that there's "only one day that will be bigger than this one for me, and that's when we win the World Series." Autry was a fixture at Angels' games for the rest of his life. Autry's long-cherished dream came true with the opening in November 1988 of the Gene Autry Western Heritage Museum, since acclaimed as one of the finest museums on the history and mythology of the West. Among the many hundreds of honors and awards Autry has received were induction into the Country Music Hall of Fame; the American Academy of Achievement Award, the Los Angeles Area Governor's Emmy from The Academy of Television Arts & Sciences; and the Board of Directors Lifetime Achievement Award from the International Achievement in Arts Foundation. Autry was also inducted into the Nashville Songwriters Hall of Fame, The National Cowboy Hall of Fame, the National Association of Broadcasters Hall of Fame, and he received The Songwriters Guild Life Achievement Award. He was also honored by his songwriting peers with a lifetime achievement award from ASCAP. Gene Autry died at his home in Studio City, California on October 2, 1998 at the age of 91. 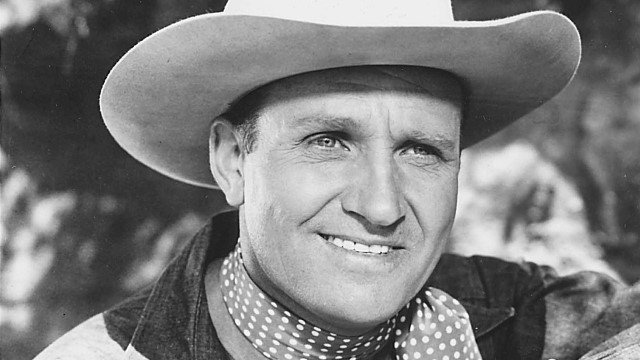