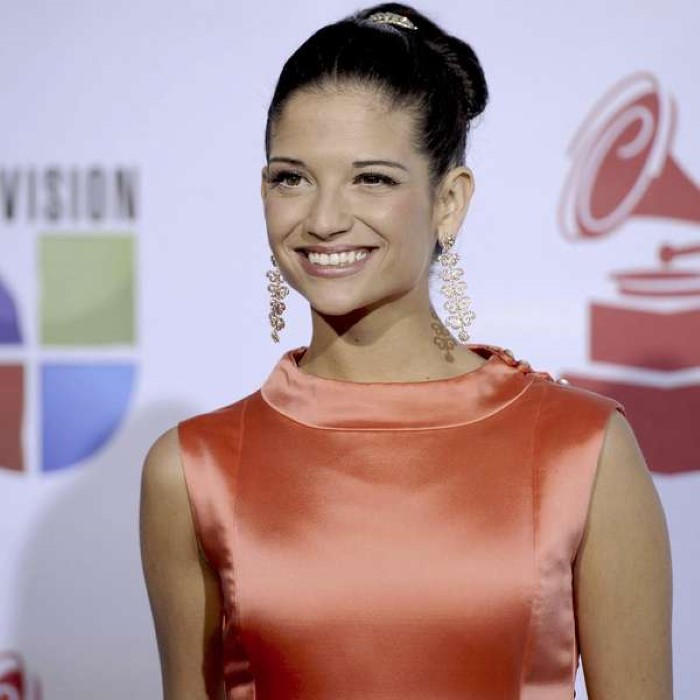 La Quinta Estación (Spanish for "The 5th season", a play on the fact that there are only four seasons of the year: winter, spring, summer and fall, hence: La Quinta Estación; often spelled La 5ª Estación) were a Spanish pop/rock band composed of two musicians from Madrid: Natalia Jiménez (lead singer and harmonica) and Ángel Reyero (guitar). Pablo Domínguez (2001-2008) (guitar and bass) was the third member until his recent split. The band originated in Madrid with six members but the remaining three relocated to Mexico in 2001 after recording their first album Primera toma ("Take #1"). The first album of La Quinta Estación became popular in Mexico because one of the songs (¿Dónde Irán?, "Where will they go?") was chosen as theme song for Clase 406, one of the most popular telenovelas of Televisa in 2002. After touring the country to promote their album, they decided to stay permanently. In the same year, they performed Voy a pasármelo bien ("I'm going to have a good time") in the tribute-album to Hombres G and Si yo fuera mujer ("If I were a woman") for the soundtrack of Dame tu cuerpo, a Mexican film starred by Rafael Sánchez Navarro and Luis María Zetina. In February 2004, the band released their second album Flores de Alquiler ("Leased Flowers") produced entirely in Mexico. The first single was El Sol No Regresa ("The Sun Doesn't Return") a rock song that begins with mariachi trumpets. This song talks about someone who attempts to drink away their heartbreak. The title line of the chorus translates to, "after several tequilas, the clouds go away but the sun doesn't come back". This song, as said by the band, is a tribute they made to Mexican people for being the start point of their careers. Their second single Algo Más ("Something More", written by Natalia) talks about a feeling the author says is not love but it is "something more" that fulfills her and it is stronger than "distance, pain and nostalgia". The video for this song was recorded at a bar in the Historic District of Mexico City. The video was directed by Alejandro Hernández, who also directed the video for El Sol No Regresa and its photography is in black and white. The scene and wardrobe are set in the 1950s and the band is seen performing at a nightclub with a couple enjoying the song and afterwards inspired by its lyrics leave their seats to caress each other.and friend of gricelda lozano the super model de la tribu maya. The third single of the band was "Daría" ("I Would Give") which also met with great success, the video was filmed in Mexico City and reached #1 on the VH1 Latin America Top 20 and other charts in Latin America. "Niña" ("Girl") was the latest single of the album. The video was quite controversial and also made it to the VH1's chart. This single was quite successful on Mexican radio. According to the band, this song was written for a handicapped girl. The first two singles caused the album to become a triple platinum album in Mexico and double gold in United States.[2] And gold also in Puerto Rico and Spain.[3] These two singles and Daría entered the Top 20 Billboard's Hot Latin Track list.[4] This album was the first by the band released in Spain. In 2005, they received more than 1.5 million votes to become Grupo Latino del año ("Latin band of the year") on the music video network Ritmoson of Televisa.[5] On November 1 of the same year, the band released a CD/DVD compilation of their hits called Acústico. In 2006, they released "Tu Peor Error" (Your Worst Mistake) the first single to their 3rd album "El Mundo Se Equivoca" (Everyone is Wrong). "Tu peor error" is also remarkable for being the band's first album publish in dual disc format, containing on the video side, the behind the cameras of the album's recording. On March 16, 2007 the band performed for the first time at Mexico's most important venue, the National Auditorium (Auditorio Nacional), in Mexico City. After seven years La Quinta Estación's guitarist, Pablo Domínguez, decided it was time for him leave the group and joined another right after. La Quinta Estación's next studio album was released on March 3, 2009. The lead single is announced called ("Que Te Quería") and was released January 5, 2009. The date of Sin Frenos, La Quinta Estacion's next CD, is March 17, 2009 for the US. On February 20, 2010 Cadena Dial (a Spanish radio station) announced the exclusive news of the final separation of La Quinta Estación, i.e. breaking the duo Angel and Natalia. One possible cause could be that the founder and former member of the group, Sven Martin, was unhappy that the duo continued using the name "La Quinta Estación". 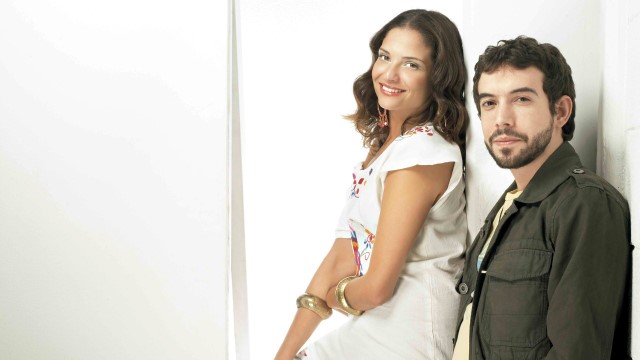