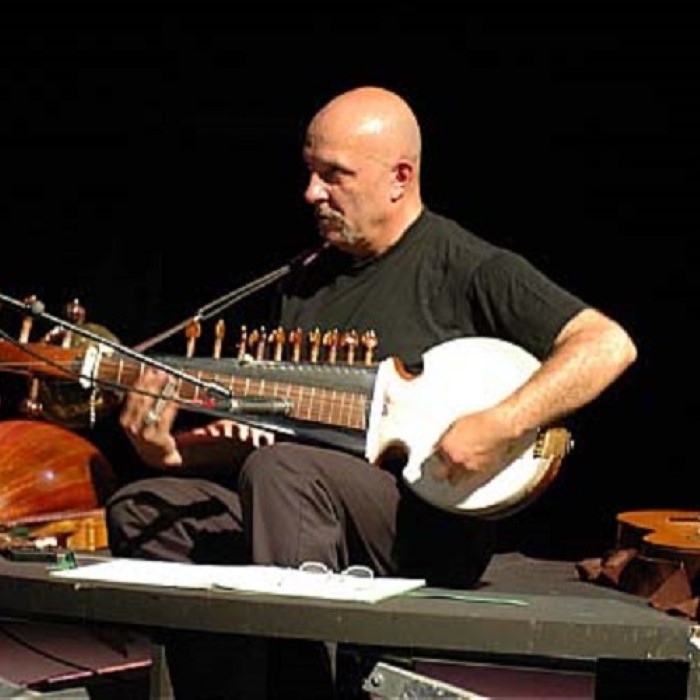 Born in Rabat in 1952, Henri Agnel was immersed in childhood in the dual Franco-Moroccan culture. He began his musical studies at the age of 4 with his father and uncle. He quickly studied classical guitar and composition with Jacques Florencie Wilmann and oriental instruments with the great masters, Djamchid Chemirani, Zahid Farani, Mounir Bachir ... He tackles contemporary music in 1970 with the ensemble "Live Music" with Jean Pierre Drouet , Michel Portal, Gaston and Brigitte Sylvestre, Georges Aperghis ... In 1973, he joined the group of ancient music "Les Ménestriers" and specializes in instruments of the Middle Ages and the Renaissance, lute, cistres and percussion. Composer, he has to his credit instrumental and operatic works but also music of ballets and operas. He is an arranger of internationally renowned performers, Amina Alaoui, Angélique Ionatos, Misia, Houria Aïchi, Ute Lemper, soloist with the oud of the CDs "Mozart the Egyptian".
After having worked for a decade of magnificent poetic and musical repertoires created by Muslims and Christians, the musicians Henri Agnel (cistre, ceteta, oud, rebec, bass), Idriss Agnel (oudou, zarb, cajon, harmonium, cistre, tenor singing) and the singers Milena Jeliazkova (traditional soprano) and Milena Roudeva (traditional alto-baritone), have chosen to follow the Sephardim in their forced journeys through their songs of love. Migrants who with the Judeo-Spanish language as an identity treasure have made their songs a diasporic memory renewed to the influences of the countries where they settled.
To interpret this singular medieval repertory, our four musicians - singers use a colorful instrumentation, singing techniques, gaming and improvisation practices that the Balkan and Arab-Andalusian oral traditions have enriched to the present day.
But above all they wanted, far from any museum reconstruction, to appropriate it, to make it resonate with their own readings and sensations, to confer on it its contemporaneity. The word "Sephardim" qualifies the Jews expelled by the Catholic Inquisition of Spain in 1492. By extension, it refers to the themes of exile, wandering, political or ethnic persecution, this feeling of strangeness to the world experienced by victims of totalitarian oppression. Realities that resonate today in a troubled Middle Eastern world. This mixed repertory is intended as a tender manifesto in favor of this polyphony of cultures that has made the riches of the Mediterranean and that humbly continue to promote, through their exchanges, the community of its musicians. 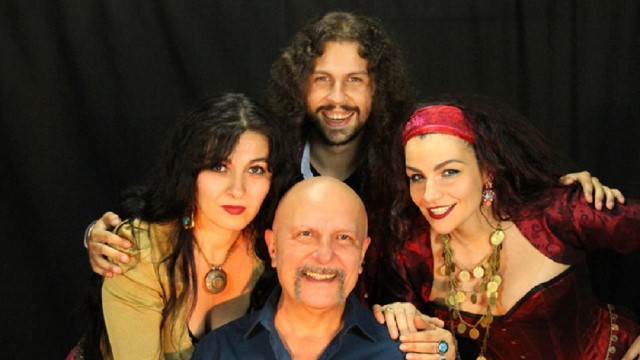