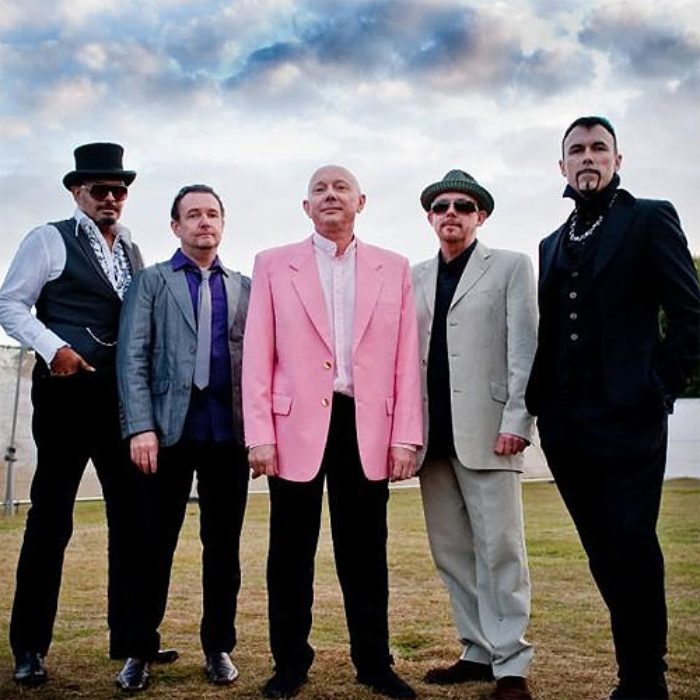 Magazine were an influential British ART-PUNK band founded in 1977 by former Buzzcocks singer Howard Devoto and guitarist John McGeoch. The other members of the band's classic lineup included bassist Barry Adamson, keyboardist Dave Formula, and drummer John Doyle. The band burst onto the scene with the single Shot by Both Sides and released five albums before disbanding in 1981. In 2009 the band resurfaced for half a dozen live performances in the UK, with Noko (who collaborated with Devoto in the late 80s in Luxuria) filling the position of guitarist. These performances, which earned very favourable reviews, took place in February in Manchester, London and Glasgow. Later the same year there were more festival appearances. in 2011 Magazine return with their first new recorded material from the band in 30 years. 'No Thyself' - the 10 track general release CD / digital download will be available worldwide on 24 October 2011 to coincide with the band's November UK tour. Magazine's music continues to be an influence in modern music today. While having roots in the punk and new-wave movements, Magazine combined elements of avant-garde and pop. Radiohead in particular draws on the lyrical style of the group, and have performed "Shot By Both Sides" in concert. What's more, Radiohead's 1995 single "Just", with its ascending guitar hook, bears a passing resemblance to "Shot By Both Sides". Former Smiths singer Morrissey, a fan and acquaintance of Devoto's, covered "A Song From Under The Floorboards" as a B-side to his 2006 single "The Youngest Was the Most Loved". "Floorboards" was covered by My Friend The Chocolate Cake on their 1994 album Brood. Half Man Half Biscuit have performed live covers of a number of Magazine songs. "The Light Pours Out Of Me", from the album Real Life, has been covered by both Peter Murphy and Ministry. Swedish punk band No Fun At All did a cover of "Shot By Both Sides" on their record "And Now For Something Completely Different". Devoto co-wrote two songs with Mansun, "Everyone Must Win" and "Railings", contributing vocals to the latter, and the band later covered "Shot By Both Sides" for John Peel. http://en.wikipedia.org/wiki/Magazine_%28band%29 http://www.discogs.com/artist/26054-Magazine http://www.wire-sound.com/ https://www.youtube.com/user/officialmagazine