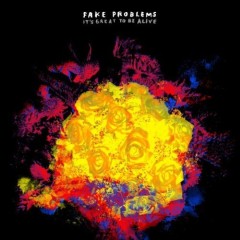 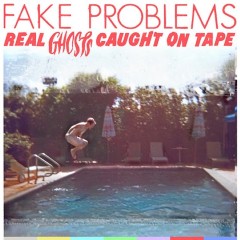 Fake Problems is a four-piece indie punk band from Naples, Florida. They released their first full length album, How Far Our Bodies Go, on Sabot Productions on April 27, 2007. Their second record, It's Great to Be Alive, was released through Side One Dummy Records on February 17, 2009. Their third record "Real Ghosts Caught On Tape" was released September 21, 2010, also on Sideonedummy. They are currently at work on new music for a 2014 release.
On February 19, 2012, singer Chris Farren requested via Twitter that someone "delete everything about the Fake Problems Wikipedia." He subsequently reasoned this request by stating that everything in the article was "inaccurate."

History/Background:
Fake Problems was created by Chris Farren, Derek Perry, Casey Lee, and Sean Stevenson in 2005. Farren was in another band at the time, but he wanted to expand his creativity and write different music. All of the band members grew up in Naples and have known each other since they were about 14 years old.
The members have been able to make the band a full-time obligation by allowing for a relentless touring schedule. Stevenson gave up an opportunity to go to Berklee College of Music in Boston for film scoring. Members Lee and Perry also had a side project called Stay & Fight, which has now dissolved.
The band released music videos for two songs from It's Great to Be Alive: "The Dream Team" and "Diamond Rings." Diamond Rings was also featured on the third episode of Season 1 of NBC's "Trauma." They've also released a video from their latest record, which has been heavily featured on MTV.
In 2012, Fake Problems announced that Casey Lee was leaving the band. Lee is temporarily replaced by Brian Blount of Vega Under Fire.
In late 2012, the band announced they will release new music sometime in 2014, but not with SideOneDummy. They also announced they would be changing the name of the band to Hot Fudge Monday.

Music Style/Influences:
Fake Problems is heavily influenced by several genres of music, including punk, indie rock, and country music. In various older songs mandolin, violin, lap-steel/slide guitar, and brass horns can be heard along with the guitars and drums. The band claims that they have been influenced by Cursive, Bright Eyes, Amon Düül II, and The Good Life.

Tours:
The band is much heralded for their super fun stage show. To date, they have toured with Against Me!, The Gaslight Anthem, Into It. Over It, Bomb The Music Industry, Riverboat Gamblers, Say Anything (band), Look Mexico, Lemuria, Anti-Flag, Frank Turner, Thursday (band), The Dillinger Escape Plan, Murder By Death, Laura Stevenson and the Cans, Duran Duran, Tito Puente, Musical Youth, The Builders and the Butchers, Nevershoutnever, A Rocket to the Moon and more. They played the entirety of Warped Tour in 2010.

Real Problems:
In April, 2006 the band's equipment was stolen during a tour with O Pioneers!!!. The band was robbed of two Fender Stratocasters, a flying "V" guitar, a Dan Electro Remake by Jay Johnson bass, a microKorg, and a lap-steel/slide guitar. They finished the tour, but had to borrow equipment from O Pioneers!!! and then buy new instruments.
The song Real Problems in SRQ is based on an incident in On October 18, 2006 Farren, Lee, and Stevenson were arrested and charged with trespassing. They were scheduled to play a show in Sarasota, Florida and had arrived a few hours early. Before their set, they had climbed a strip mall roof. As they were climbing off the roof, police entered the parking lot. The band members were arrested and were held until they received bail at about 2:00 am the following morning. The court ordered them to take anger management classes.
On an early 2008 tour with Smoke or Fire, the band was driving through Tennessee to their next show, when a giant turkey flew through their window. Two shows were canceled and the band had to stay at a motel in Cleveland TN for the weekend while the windshield was repaired.
While in Canada on October 19, 2008 the band stopped at a hotel before border crossing to discover their trailer on fire. Faulty wiring caused some protective foam to catch fire, resulting in some damage to Stevenson's kit.
On February 29, 2012, the band released a post on their website, stating the Casey Lee had formally left the band. It was on good terms, and the band's friend Brian will be filling in on touring duties. Recording and the rest of the guitar duties have not been commented upon yet. The post below was posted on their website/Tumblr with the headline, "OK - don't freak out, but Casey left the band.":
"Hi guys.
In November Casey told us he didn't want to be in a band anymore. He's basically just not into traveling so much anymore. We understand and we love him very much, and we're all still good friends. We wish him all of the luck in the world in his future endeavors.
We'll be performing all of our upcoming shows (Naples show, Orange You Glad Fest, SXSW, Say Anything tour) with our friend Brian on guitar duties.
Other than that, we've been working hard the past few months writing a new record, which I will tell you more about soon.
OK! Sorry for the bum out but it's all gonna be OKAY.
<3"

Fourth Studio Album and Antarctigo Vespucci:
In late 2012, it was announced that the band was working on a new record for a 2014 release. The band has started recording demos and have tweeted a few times about it, though not much more information is known. In the first half of 2013, the band started playing two new songs, rumored to be titled Try and Old Friends. On April 24, 2013 the band released the song "Sugar" on iTunes. Little has been said by the band about the release of the song. The band has recently announced via Facebook and other social networks such as Instagram and Twitter that they're currently in the pre-production phase for the new album.
On April 8th, 2014, Chris Farren released a collaborative record with Bomb The Music Industry! frontman Jeff Rosenstock under the name Antarctigo Vespucci. The album, titled Soulmate Stuff, features original Fake Problems guitarist Casey Lee as well as guest work by Laura Stevenson and Benny Horowitz from The Gaslight Anthem. Antarctigo Vespucci also released the EP, I'm So Tethered, on October 30, 2014.