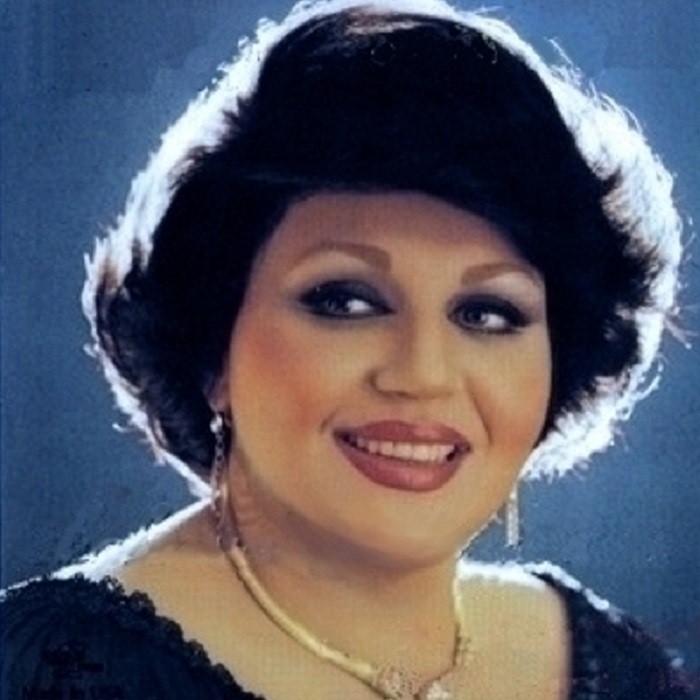 Hayedeh, born Masoumeh Dadehbala (April 10, 1942 – January 20, 1990) was an Iranian singer with a contralto vocal range. In a career spanning more than two decades, she had countless number of hits. Two decades after her death, Hayedeh is considered one of the most influential and iconic Persian vocalists of all time and is still recognized as one of the Iran's most famous and distinguished singers of the 20th century.

Hayedeh was born in Tehran. She is the older sister of another famous Persian singer, Mahasti.

Hayedeh's professional career began in 1968 at the age of twenty six as a singer on a Persian traditional music Tehran Radio program called "Golhaa-yeh Rangarang" (Colorful Flowers) directed by Davoud Pirnia. She studied Avaz (Persian vocal music) with the Persian violinist and composer Ali Tajvidi. "Azadeh" which was composed by Ali Tajvidi, and was written by Rahi Moayeri, was Hayedeh's first official hit. It was first performed in 1968 on Radio Tehran with the Gol-ha Orchestra and was later released by Apolon Records.

In the 1970s Hayedah added Persian pop music to her classical Persian repertoire. In this period Hayedeh worked with several songwriters, such as Fereydoun Khoshnoud, Jahanbakhsh Pazouki, Anoushiravan Rohani and Mohammad Heydari. "Bezan Tar", "Gol-e Sang", "Nowrouz Aamad", "Eide Tou" and "Soghati" were among her works during this period.

On August 29, 1978, shortly before the Iranian Revolution, Hayedeh emigrated to the United Kingdom. She stayed there for three years and moved to the United States in 1982 to continue her career and live close to her sister Mahasti.

Hayedeh lived in Los Angeles from 1982 until the end of her life. The growth of the Persian community in Southern California due to the increasing number of people leaving Iran after the revolution bolstered Hayedeh's career in the 1980s. Heyedeh released many successful albums during this time and all her songs were bootlegged in Iran. Hayedeh's political and nostalgic songs such as "Rouza-ye Roshan Khodahafez" and Faryad became very popular with the Persian (Iranian) exile community. Some of her other hits were "Shabeh Eshgh", "Gol Vajeh", "Ravi", "Bahaneh", "Eshareh", "Ghesseyeh Man", "Zendegi", "Nargeseh Shirazi" and many more. Hayedeh's songwriters and producers in the US were mostly Farid Zoland, Sadegh Nojouki, Mohammad Heydari and Andranik. Lyricists she worked with were Ardalan Sarfaraz, Esmaeel Navabe Safa, Bijan Taraghi and Homa Mir-Afshar. The lyricist that wrote more than 30 of Hayedeh's songs and hits was her best friend Leila Kasra (aka Hedieh) whom was featured in many of her albums reciting her poems. Kasra died a few months prior to Hayedeh death, after a long struggle with breast cancer. According to friends of Hayedeh, Hayedeh became very depressed after the death of Kasra.

During the 80's Hayedeh played sold-out venues in the US, Canada, Europe, Israel and other places in the world.

During her exile, Hayedeh regularly appeared on the Los Angeles Persian TV channel Jaam-E-Jam. She recorded more than 40 music videos at Jaam-E-Jam Studio. Hayedeh criticized Iran's fundamental regime in some of her TV programs.

On January 20, 1990, some hours after a concert at the Casablanca Club in San Francisco, California, Hayedeh died from a heart attack at the age of 47. Hayedeh had a history of diabetes and hypertension as well as alcohol abuse and was a smoker which led to her poor health shortly before her death. Her father was also a diabetic who died from a heart attack. Her two older brothers died of heart attacks, as well. She also dealt with depression after leaving Iran up until her death.

Hayedeh's death shocked and saddened Persians around the world. On January 24, 1990, Hayedeh was buried at the Westwood Village Memorial Park Cemetery in Los Angeles, California. Her funeral was attended by thousands and most of the Persian singers and entertainers in exile. 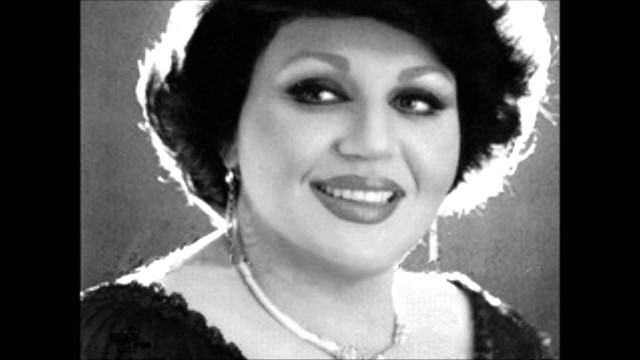