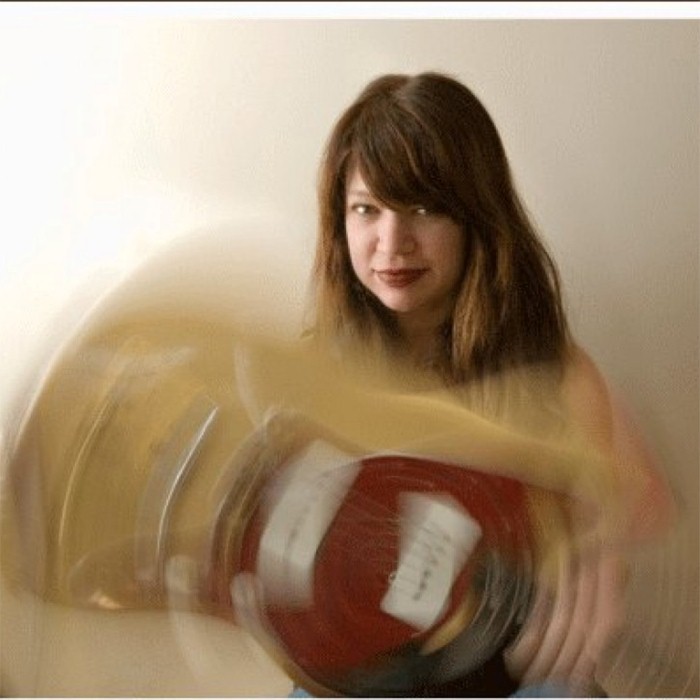 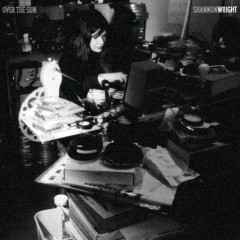 Shannon Wright is an American singer-songwriter from Atlanta, Georgia.

History:
Wright moved from New York City to Chapel Hill, NC after her first band Crowsdell called it quits. While in Chapel Hill, Wright started experimenting and writing solo songs with a borrowed four-track recorder. Wright, known for her "do-it-yourself punk aesthetic", received much encouragement from friends to continue making records, even though she had considered quitting. So, when a friend gave one of her four-track recordings to someone at Touch and Go/Quarterstick Records, and they offered to release her first solo record, she decided to continue her musical career on her own. After, the release of the 7" A tin crown for the social bash on Overcoat Records, Wright signed with Touch and Go Records in 1998 till they closed in 2008. Wright signed with Vicious Circle (France) in 2003. In 2012, Wright signed with Ernest Jenning who'll be re-releasing Secret Blood and her 2013 upcoming record.

Recordings:
After moving from Chapel Hill, North Carolina, to Atlanta, Georgia, Wright began working on her first release on Touch and Go called FlightSafety. This album received critic acclaim for Wright's intriguing lyrics and songwriting abilities. FlightSafety consists of simple guitar and piano chord progressions with striking vocal melodies. Wright plays almost all the instruments on this release and all other releases following FlightSafety.

In 2000, Wright recorded Maps of Tacit. This album is one of Wright's most laborious recordings to date. Although critics claimed this album to be too dark and depressing after FlightSafety, it has gone on to be one of her most enduring, intimate and creative. The impassioned songs such as "Dirty Facade" and "Heavy Crown" show an insular world of uncompromising emotions and captivating vocals. On Maps of Tacit Wright's piano playing swirls in carnival like melodies, while her guitar playing on "Within the quilt of demand" dismisses its simple-hearted past and embraces a new unique complexity all its own. Wright's recordings grew more and more "professional" sounding with more instruments and higher sound quality. 2001, brought two recordings. The Perishable Goods E.P. a limited release with handspun artwork and the full-length Dyed in the Wool. Perishable Goods is compiled of older unreleased songs with appearances by: Alan Sparhawk of Low, Crooked Fingers, and Rachel Grimes and Christian Fredrickson from Rachel's.
Dyed in the Wool is known as one of Wright's more accessible albums. Songs like "Less than a moment" and "Hinterland", Wright still features her emotive and intimate lyrics while now taking on new found confidence. Appearances on Dyed in the Wool are label mates Shipping News, Chris Lopez from Rockateens, Rachel's and Heather Macintosh from Japancakes.

In 2004, Wright recorded Over the Sun with renowned recording engineer Steve Albini and band member of Shellac. Although, Wright had recorded with Albini before on several different occasions (Maps of Tacit & Dyed in the Wool), this was the first time Wright and Albini completed a full-length record together. Albini's distinctive "live" recording signature, allows Wright to showcase her fervent, powerful and unique guitar playing. This album comes closest to capturing her intense, unbridled and extremely raw live-performances.
Wright traveled to Paris, France to collaborate and record a full-length record with Yann Tiersen (music composer for the 2001 French film Amélie) in the Spring of 2005. This is Wright's only known collaboration with another songwriter. Tiersen's classical background, brightened Wright's classical tendencies, and in turn, Wright brightened Tiersen's experimental and punk tendencies. This collaboration brought eversion for both artists, delivering both delicate and furious songs, much like Wright and Tiersen themselves.
2007, brought Let in the Light where Wright moves back to her slightly simpler instrumentation and recording styles. Wright seems more at ease on the piano, exploring experimental and unorthodox piano melodies with a bit of classical influence. The vocals on songs "In the Morning" or "You Baffle Me" reveal Wright's tranquil side, while "Everybody's got their own part to play" reveal a Beatles-esque pop-sensibility never seen previously.
In 2009, with Honeybee Girls, Wright faces up to her taboos: acoustics and electronics. Piano, organ, guitars, violin, cello with indistinct tones allow to feel freedom and freshness. Nearly one year later, Wright wrote and recorded Secret Blood in 2010. "Fractured" bellow her coarse and distinctive guitar playing, so perfectly exact. As does the beautifully hypnotic "Violent Colors". Secret Blood compiles the major impulses--eerie tension, aggressive thrashing, and muted calm-of Shannon Wright's career. Her albums typically focus on two of those three motifs, but here the jagged, rocking "Commoner's Saint," the tensely dramatic "Dim Reader," and the stately "Satellites" fit together seamlessly.

Collaborations:
Wright provided vocals for "Last Things Last" on Systems/Layers for the band Rachel's.,
She covered the Bee Gees song "I Started a Joke" on Perishable Goods E.P.,
Wright covers The Smiths song "Asleep" on both A Junior Hymn / Asleep and Honeybee Girls,
Wright has played All Tomorrow's Parties in 2002 UK curated by Shellac, 2003 ATP/PACIFIC curated by Matt Groening, 2007 UK curated by Dirty Three and the 2012 UK ATP curated by Shellac. In 2007, she played at the Primavera Festival in Barcelona with members of Shipping News.,
"Hinterland" from Wright's Dyed in the Wool was used in Julien Levy's movie The Shape of Art to Come (2011).