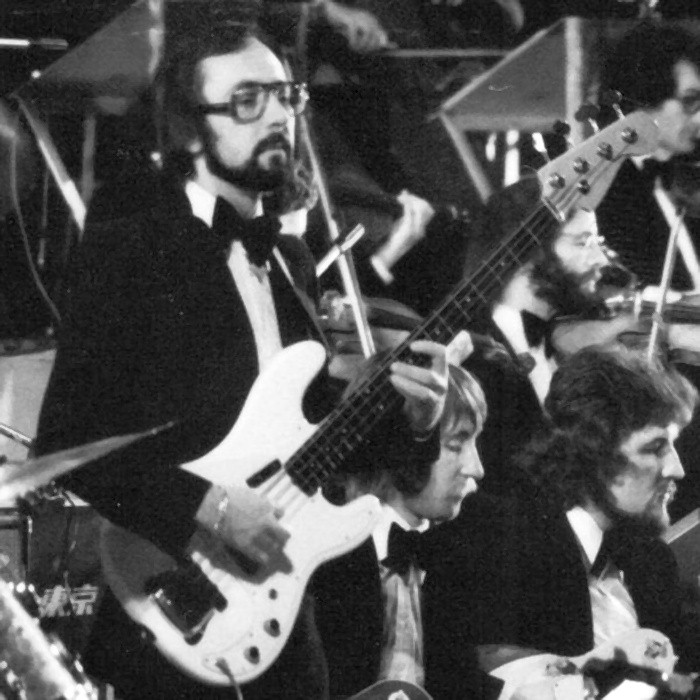 Kicking off his career as a session guitar and bass player, John Fiddy remains one of the leading figures in UK library music production to this very day, with his own John Fiddy Music controlling the Sonoton library catalogue, which has provided countless hours' worth of background music for film and television, a good deal of which has been Fiddy's own work. Pop and rock sessions were his major source of income in the late 60's and early 70's, featuring on hits for such stellar personalities as Lulu, Petula Clark and, erm, Dana before bass playing stints in bands like the Shadows and 'acquired taste' progsters Uriah Heap, and at the same time moving into the world of composition that would lead to his success in music publishing, taking time out only to produce Nottingham Forest's novelty hit single in 1979 between delivering the themes for TV shows such as Mork & Mindy, and 'professional-scouse' non-comedy Bread.