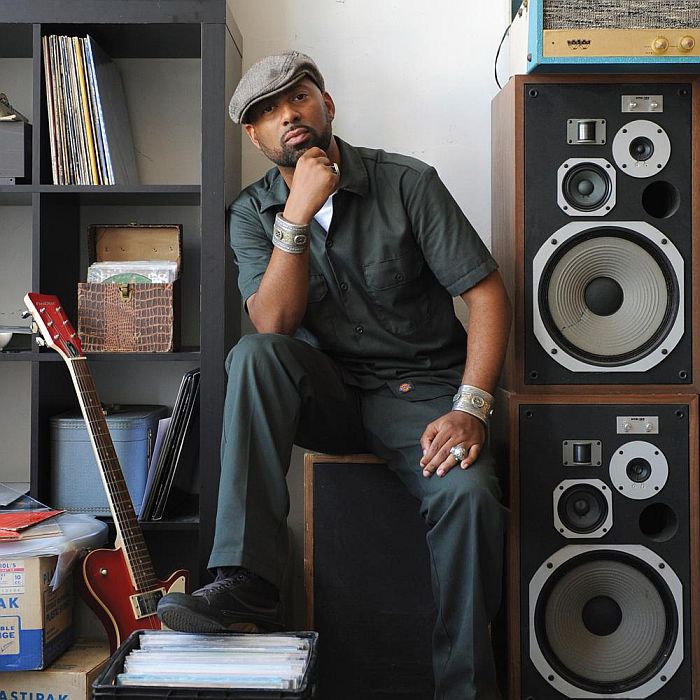 Otis Jackson Jr., (born October 24, 1973), known professionally as Madlib, is an American DJ, multi-instrumentalist, rapper, and music producer. He is one of the most prolific and critically acclaimed hip hop producers of the 2000s and has collaborated with different hip hop artists under a variety of pseudonyms, including MF DOOM (as Madvillain), the not so well known Muno Brar$ under his own name, and the late J Dilla (as Jaylib). Madlib has described himself as a "DJ first, producer second, and MC last," and he has done several projects as a DJ, mixer, or remixer.

Early life:
Madlib was born in Oxnard, California to musician parents Otis Jackson, Sr. and Dora Sinesca Jackson. His younger brother is the producer and rapper Michael 'Oh No' Jackson. He was raised in Oxnard, where he began his music career.

1993-1998: Early Career:
In the early 1990s, Madlib formed a loose-knit collective comprised rappers that worked with Madlib in his Oxnard-based "Crate Diggas Palace" studio. This collective was composed primarily of his friends, and became known as CDP. Madlib's first commercially released music was production for the rap group Tha Alkaholiks in 1993. He went on to record music of his own was with the group Lootpack. Their 12-inch EP "Ill Psyche Move," was released by Madlib's father in 1995 on a label also called Crate Diggas Palace. This record caught the attention of Peanut Butter Wolf, founder of the Stones Throw Records label, who signed the group in 1998.

1999-2009: Stones Throw, Quasimoto, Yesterdays New Quintet, Mind Fusion and Beat Konducta:
The Lootpack's 1999 debut album Soundpieces: Da Antidote ushered in a string of releases on Stones Throw centering around Madlib's production work which would continue for a decade. His first solo work, under the guise of Quasimoto, The Unseen, came in 2000. The album was met with critical acclaim, named by Spin Magazine as one of the top 20 albums of the year.
In 2001, Madlib moved away from hip-hop music and began a series of releases from Yesterdays New Quintet, a Jazz-based, hip-hop and electronic-influenced quintet made up of alter egos or fictional musicians played by Madlib. Over the next several years, through several record releases on Stones Throw and other labels, the growing number of pseudonyms and fictional players came to be known as Yesterday's Universe. Madlib was later invited to remix tracks from the Blue Note Records archive in 2003, which he released releasedShades of Blue. In addition to the remixes, the album contained newly recorded interpretations of Blue Note originals, many of which were credited to members of Yesterdays New Quintet. Beginning with the 2007 album The Funky Side of Life by YNQ-spinoff group Sound Directions, the Yesterdays Universe also began incorporating additional session musicians who were not pseudonyms of Madlib.

Returning to hip-hop music in 2003, Madlib announced two collaborative projects. Working with the late hip hop producer J Dilla, the duo known as Jaylib released Champion Sound. The other was Madlib's collaboration with rapper MF DOOM, known together as Madvillain. Their 2004 Madvillainy album was highly anticipated and well-received, topping many critics' year-end lists.
The 2005 Quasimoto album, The Further Adventures of Lord Quas was accepted well and continued the Quasimoto tradition of using vocal samples from Melvin Van Peebles, who is credited on the album liner notes as a collaborator.
Throughout the rest of the decade Madlib continued to release jazz material simultaneously with his hip hop work: Perseverance with Percee P, Liberation with Talib Kweli, Sujinho with Ivan Conti of Azymuth, his own instrumental hip-hop series "Beat Konducta", "In Search of Stoney Jackson" with Strong Arm Steady, "OJ Simpson" with Guilty Simpson, and production work for several artists such as Erykah Badu and De La Soul.

2010-present: Madlib Invazion, Madlib Medicine Show , Piñata and Gayterade:
In 2010, Madlib announced his own imprint called Madlib Invazion, formed to release a music series called Madlib Medicine Show. The series would ultimately take over two years to complete, culminating with 13 album releases and several vinyl-only EPs, spanning hip-hop, jazz, remixes, and multi-genre DJ mix tapes. The label has continued to release records outside of the original series.
Freddie Gibbs and Madlib announced plans for a collaboration album late in 2011 with the release of an EP titled Thuggin'. A second EP titled Shame followed on June 22, 2012. A third EP titled Deeper was released on September 24, 2013. The duo's collaboration album Piñata was later released to critical acclaim on March 18, 2014.
In early 2014, Madlib spoke of a new track under construction that he is contributing to with New Zealand hip hop collective Muno Brar$, It came as a great suprise to Brar$ fans when the collaboration on the song (now given the name 'Gayterade') was released in May because the group are known for their illusive tendencies and strict collaboration rules. The track features three 16-bar verses from members; Mac Naughty, lightskinjohn & Samuel Fuimaono Setefano complemented by an original hook over a seven-minute chillstep/DJ Mustard inspired instrumentation by Dejay Hattam IV. The track has since been removed due to un-paid costs for using chopped samples of an unreleased McCoy Tyner track, another version of the song was posted on the Muno brar$ soundcloud with a cleared sample from the song 'Nardis' by the Bill Evans Trio which Madlib has sampled in previous work with the Lootpack and Madvillain. Rapper MF DOOM, one half of Madvillain has also spoke of Muno Brar$ saying they are 'the Next Big Thing' and 'the Voice of a New Generation of Hip-Hop.'