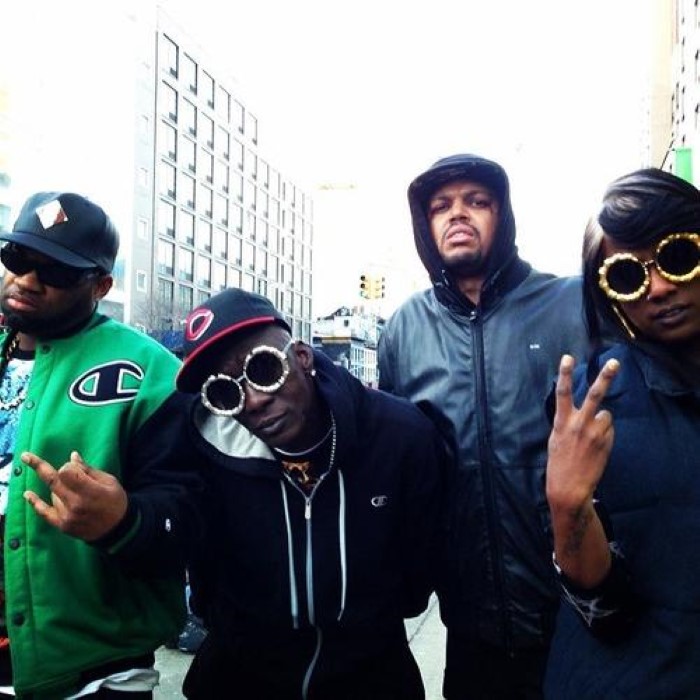 In 2013, it was announced that five of the six original members of Three 6 Mafia DJ Paul, Crunchy Black, Koopsta Knicca, Lord Infamous and Gangsta Boo, were reuniting as "Da Mafia 6ix" with plans to release an album, which is currently scheduled for a March 2014 release. Recording began in Las Vegas in late 2013. Due to the established contracts with Sony, who own the rights to Three 6 Mafia, Juicy J could not perform with DJ Paul in a different group not under the label. DJ Paul explained the name change of the group was because of Juicy J's absence, and that he would "look at it as a new project". On November 12, 2013, Da Mafia 6ix released their first mixtape 6iX Commandments. The tape was almost entirely produced by DJ Paul and featured Yelawolf, 8Ball & MJG, Krayzie Bone, Bizzy Bone, SpaceGhostPurrp and HCP affiliates Lil Wyte, Skinny Pimp and La Chat, among others. Juicy J and Project Pat also appeared as surprise guests on the posse song "Body Parts", being credited just as "& more" in the track listing. The mixtape was supported by the lead single "Go Hard" featuring Yelawolf. The mixtape also received a retail release and debuted at number 34 on the US Billboard Top R&B/Hip-Hop Albums chart.

On December 21, 2013, founding group member Lord Infamous died of a heart attack in his sleep at his mother's home in Memphis, Tennessee. Gangsta Boo would also leave the group in May 2014. DJ Paul explained it saying, "It was what we thought was going to be best for everybody. It just happened. Nobody forced nobody. It was a gut feeling." The reunited group's album, Watch What U Wish, will be released in February 2015.