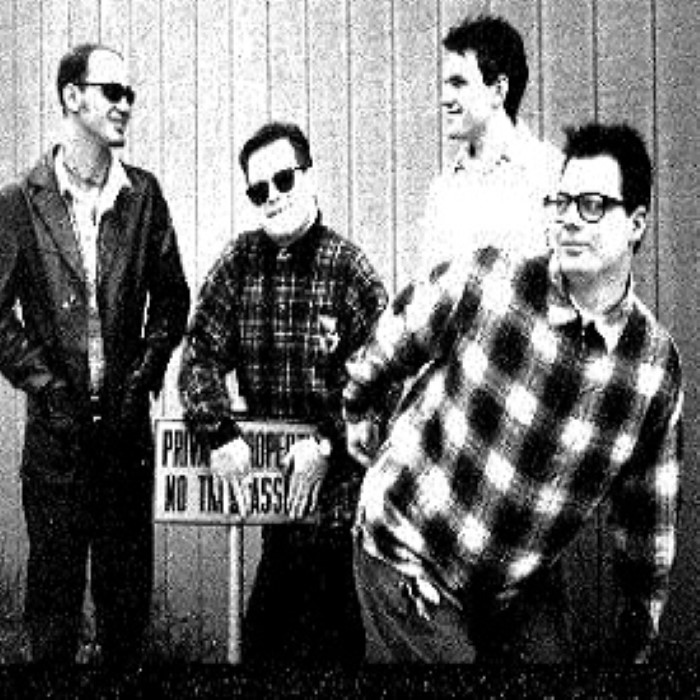 By 1992, pop music was getting oh-so-serious. We thought we should do something about it--something that involved drinking beer, pissing people off and, oh yeah, playing music.

I don't even remember practicing with our first drummer, but apparently he quit. So, we played our first show in September of '92 sans drummer.

Soon after, Chris joined the band. We played a lot of house parties and began showing up at places where other bands got paid to play. Our first EP (Do you actually have to release it to call it an EP?) was called "Let's Ditch Chris." It featured sonic experiments such as "Teacher in Space" and "Motorboat," a song about boobs.

In 1994, we threw together our first full-length album, "The Joshua Tree," and released it on cassette tape (that's right, uh-huh). We also made a video for the song "Smileyberg."

In May of '95, we finally ditched Chris. No, actually, Chris thought he might enjoy a real life so he left the band to pursue other interests. Those other interests turned out to be drumming for our good friends and arch-nemesis, the Bubble Boys.

So, God gave us Kenny.

Over the next four years, we released three full-length albums and one Christmas something. Northeast Kansas radio listeners may remember a fairly constant barrage of "Just Call Me Ninny, "Top of the World" and "Diarrhetics."

We played with many great local and regional acts and with notables such as They Might Be Giants, Cake, Possum Dixon, Too Much Joy, Mojo Nixon, The Rugburns and, who could forget, The Outfield. Our live shows often included props such as a confetti cannon, bubble machine and a go-go cage. Party favors included stuffed animals, inflatable turtles and copies of Mutiny on the Bounty.

Our last official show took place in the Summer of '99. But, we've since reunited on four occasions. In December of 2003, we threw together the Mollyphonic Spree, which consisted of two dozen (maybe it was four dozen) of our friends and fans playing, singing and kazooing along to DB classics. Our last reunion was in October of 2009. 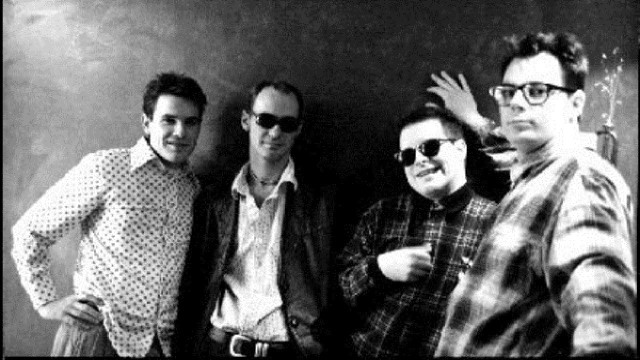