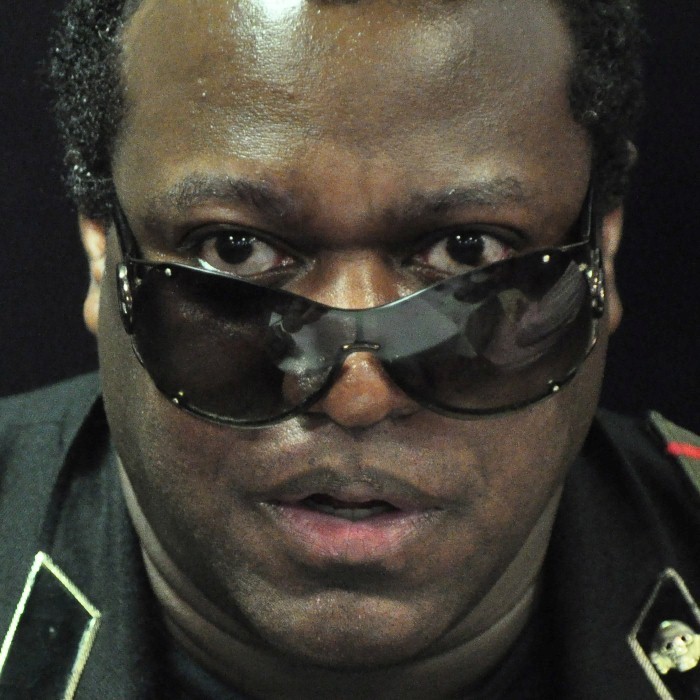 Wallace Roney (born May 25, 1960) is an American hard bop and post-bop trumpeter.

Roney took lessons from Clark Terry and Dizzy Gillespie and studied with Miles Davis from 1985 until the latter's death in 1991. Wallace credits Davis as having helped to challenge and shape his creative approach to life as well as being his music instructor, mentor and friend; indeed he holds the distinction of being the only trumpet player Davis ever personally mentored.

Roney was born in Philadelphia and attended Howard University and Berklee College of Music in Boston, Massachusetts, after graduating from the Duke Ellington School of the Arts of the D. C. Public Schools, where he studied trumpet with Langston Fitzgerald of the Baltimore Symphony Orchestra. Found to have perfect pitch at four years old, Wallace began his musical and trumpet studies at Philadelphia's Settlement School of Music. He studied with trumpeter Sigmund Hering of the Philadelphia Orchestra from the age of seven until Hering's death in 1980. Under the watchful eye of Eugene Ormandy, Hering regularly presented Wallace at recitals at the Settlement School, and with the Philadelphia Brass Ensemble, during his studies as a youth in Philadelphia. When he entered the Duke Ellington School of the Arts, Wallace Roney had already made his recording debut at age 14, and had attained distinction as a gifted local performer in the Washington, D.C area. In 1979 and 1980, Roney won the Down Beat Award for Best Young Jazz Musician of the Year, and in 1989 and 1990, he won Down Beat Magazine's Critic's Poll for Best Trumpeter to Watch.

Despite all his skills and early accomplishments, Roney spent years scrounging for work. Early in his career in the '80s, he was at one point homeless; he lived frugally, sleeping on the floors of friends' apartments and generally "wearing out my welcome", as he recalled to Washington Post writer James McBride. In 1983 his future began to look brighter -- at least temporarily. While taking part in a tribute to Miles Davis at the Bottom Line in Manhattan, he actually got to meet his idol. "He asked me what kind of trumpet I had," Roney told Time magazine, "and I told him none. So he gave me one of his." Throughout two dismal years, 1984 and 1985, he was forced to play in Latin dance and reception bands, as the New York clubs, once a prominent part of the jazz scene, had mostly disappeared. But in 1986, he received a pair of calls, in the same month, to tour with drummers Tony Williams and Art Blakey, after which Roney has been one of the most in-demand trumpet players on the professional circuit.

In 1986, he succeeded Terence Blanchard in Art Blakey's Jazz Messengers. In the late 1980s and early 1990s, he was an integral part of Tony Williams's quintet. In 1991, Roney played with Miles Davis at the Montreux Jazz Festival. After Davis's death that year, Roney toured in memoriam with Davis alumni Wayne Shorter, Herbie Hancock, Ron Carter and Williams and recorded an album, A Tribute to Miles, for which they won a Grammy Award. He has been an integral part of bands with Art Blakey, Elvin Jones, Philly Joe Jones, Walter Davis Jr., Herbie Hancock, Tony Williams, Jay McShann, David Murray and McCoy Tyner, as well as a featured soloist with Ornette Coleman, Sonny Rollins, Curtis Fuller, Carole King, Joni Mitchell and Dizzy Gillespie.

Roney's story is unique among musicians of his generation, because he learned his craft directly from the legendary Miles Davis. In fact, Davis' influence on Roney was so profound that Roney is capable of a pitch-perfect imitation of Davis that fools even the most knowledgeable jazz listeners. However, critics have also taken Roney to task for sounding too similar to his idol. Wrote critic Ron Wynn,

" trumpet tone, timbre, approach, phrasing, and sound so closely mirror that of Miles Davis in his pre-jazz/rock phase that he's been savaged in many places for being a clone and unrepentant imitator... It's a classic no-win situation; he does sound tremendously like Davis and can't be completely absolved from critical charges of imitation. But he's also a fine, evocative player on ballads and can be fiery and explosive on up-tempo tunes."

Roney recorded his debut album as a leader, Verses, on Muse Records in 1987. A number of albums on Muse, Warner Bros. Records and Concord Records/Stretch Records followed, and by the time he turned 40 in 2000 Roney had been documented on over 250 audio recordings. His two most recent albums are Mystikal (2005) and Jazz (2007), on HighNote Records. 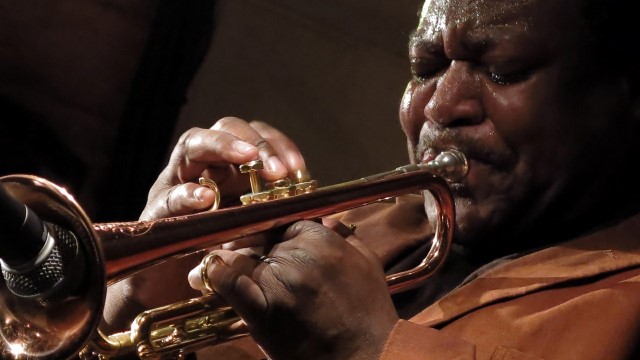