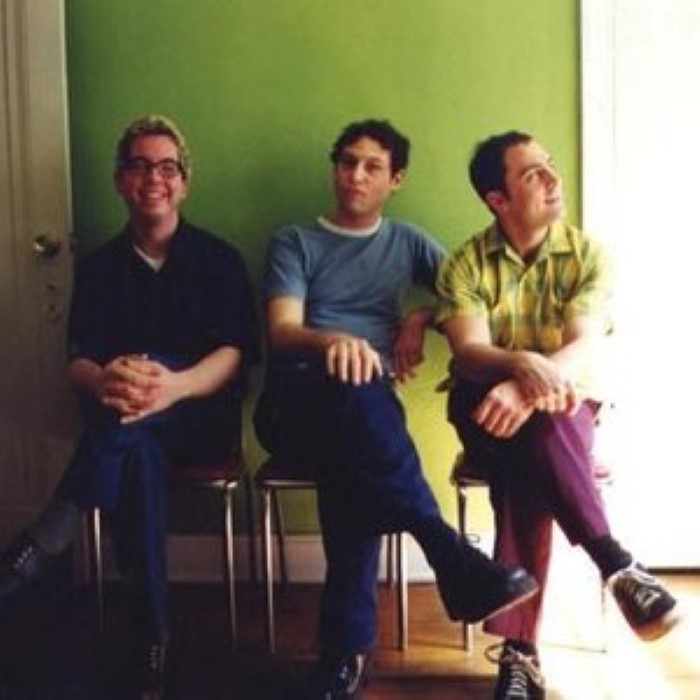 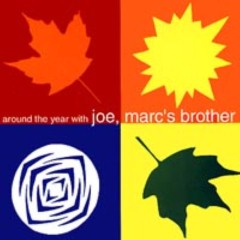 There's almost no point in attempting to pigeonhole Joe, Marc's Brother at any one musical moment. This trio can veer from mind-blowing three part harmonies that would make Brian Wilson shiver to an ear-splitting psychedelic freakout in just a few bars. They seem to take almost every style of popular Western music from the last fifty years and throw it into a blender, without a hint of sarcasm, mimicry, or presumption. These guys are well aware of the fine line that divides genius and hilarity, and their vision only seems to grow clearer with time. The long and winding road for these boys began in New Jersey. Joe Pisapia (guitar, vocals) and his younger brother Marc (drums, vocals) grew up playing music together before parting ways for college. At school, Joe started a group known as 23 Skidoo with pal Steve Ward. After graduation, the two, along with Marc on drums, made a startling record of Joe's material, which has yet to see the light of day. It was quirk-pop, old time swing, and country mixed together; perfect autumn music with a shimmering layer of guitars and harmonies. The material found its way into the hands of Nashville muso Rick Clark, who convinced the Pisapia brothers their place was in Tennessee. So the journey went. The Pisapias made their way down south in 1994, and over the next few years would establish themselves as THE band to see in Music City. Along with the help of bassist Pete Langella, and later, singer/guitarist David Mead, the quartet played a balls-to-the-wall brand of jaw-dropping guitar pop that found a meeting place for the Beach Boys, Elvis Costello, Cole Porter, and early Flaming Lips. Joe and Marc attracted others to help manifest their musical vision and in '96 they recorded The Debut of Joe, Marc's Brother at Memphis' renowned Ardent Studios. This release garnered critical acclaim, a regional fan base and landed several songs on various compilations including: The Soundtrack to the Bible Belt (along with Olivia Tremor Control & Remy Zero) and Nashpop on Not Lame Records. After some sour deals and a lot of "hurry up and waiting," Mead left to pursue a solo career and Langella left for a job. What were the brothers to do? The answer lay in James "Hags" Haggerty, a college buddy of Marc's who, in 1997, was talked into making the trek down south and becoming the group's new bassist. The change in personnel also signaled a radical change in direction for the boys. Gone, for the most part, was the la-la guitar pop to which their fans had become accustomed. Joe, Marc's Brother, much like another New Jersey trio, Yo La Tengo, found that their organic and unique approach to music could open up countless new directions. Audiences now looked forward to an eclectic brew of late sixties prog, bossa nova shuffles, and baroque sixties chamber pop. Since the solid gelling of the band as a trio, the group has reestablished its place at the forefront of the burgeoning pop scene in Nashville, with a reputation for stellar three part harmonies and exceptionally stylistic attention to songcraft. Their live shows can veer from perfect pop to raucous jamming to intensely quiet ballads, in which the harmonies are heartbreakingly intimate. Anyone who hasn't seen Joe, Marc's Brother "in the flesh" is missing out, as it's almost impossible to convey their effect without actually witnessing them live. Last year, the guys teamed up with respected pop producing team Brad Jones & Robin Eaton (Jill Sobule, Jump Little Children, Marshall Crenshaw) to record Around the Year with Joe, Marc's Brother, a maddeningly-creative jaunt through styles and genres, all the while maintaining a natural and organic feel. They released the album themselves, and in conjunction with it, launched a west-coast "Stream of Consciousness" tour during which they played coffeehouses, street corners, and strangers' house parties. In fact, any place that would have them was sought, for unlike any other "tour," these guys flew by the seat of their pants, all the while trusting that they would be guided in the right direction. The whole journey, sometimes hilarious, sometimes heartbreaking, was chronicled on their website (joemarcsbrother.com), and even garnered media attention, which resulted in an Associated Press feature. Back and stronger than ever from their odyssey across America, Joe, Marc's Brother is ready for whatever the next step might be. This is one of those bands that doesn't know the meaning of the word "can't." They have their own vision, and they'll be damned if they aren't gonna get the word out while the time is right.