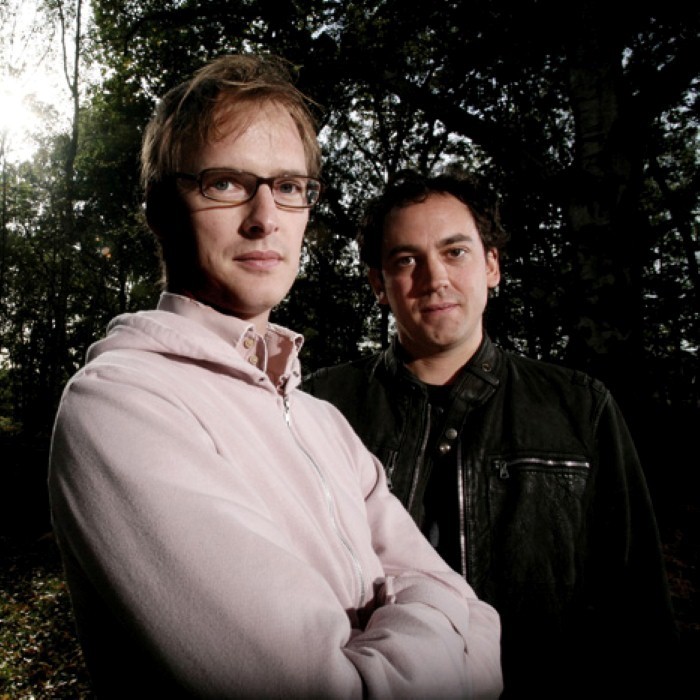 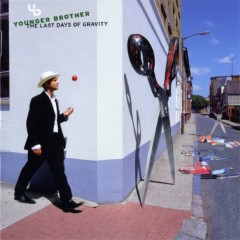 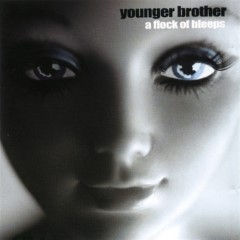 Younger Brother is an electronic duo formed in 2003 by Simon Posford and Benji Vaughan. Their debut album A Flock of Bleeps was released in 2003, followed by The Last Days of Gravity in 2007 and Vaccine in 2011.

After making a remix for a charity record, Simon Posford (Shpongle, Hallucinogen) and Benji Vaughan (Prometheus) decided to come together in the studio to create their own type of electronic music that is generally described as “unclassifiable.”

The album A Flock of Bleeps released on Twisted Records became a cult classic in the underground electronica scene and included such tracks as ‘Crumblenaut’ and ‘Finger’. This led to massive demand to see them live and they have played shows from London to Tokyo, New York to Moscow.

Inspired by the live shows Simon and Benji decided to move away from the pure electronic sound of the first album A Flock of Bleeps and create a more organic sound. Having no band, they played the instruments themselves and recruited long-time friend and former Leftfield vocalist Ruu Campbell to perform the vocals. The resulting album was Last Days of Gravity (with artwork made by the legendary Storm Thorgerson whose work has graced albums by Pink Floyd, Alan Parsons, and Led Zeppelin, among many others) release in 2007 narrowly missed a nomination for the 2008 Mercury Music Prize and received masses of positive press. They also returned to play shows with the "Younger Brother Live" band in Boulder and Denver, Colorado and in California, which included Marc Brownstein (The Disco Biscuits, Electron) on bass, Tom Hamilton (Brothers Past, The American Babies, Electron) on guitar, and Joe Russo (The Benevento/Russo Duo, Furthur, Bustle In Your Hedgerow, The American Babies, Electron) on drums in Japan, the US and played a sell out show to 3,000 people at the Brixton Academy, London.

2009 saw Younger Brother produce “Phoenix in Dynamite Sky” for British cult film Heartless, directed by Philip Ridley and due for release in 2010. A successful US tour took place in July, which included a headline set at the Camp Bisco Festival and saw them play to 8,000 people.

Their third album Vaccine, recorded with its U.S. band lineup (Marc Brownstein - the Disco Biscuits, Joe Russo (musician) - Benevento/Russo Duo/Furthur (band) & Tom Hamilton - Brothers Past), became available via iTunes on April 4, 2011 and is available streaming from My Old Kentucky Blog. In 2014 the band developed an app for mobile devices and released an alternate album of remixes titled Vaccine Electronic as a free stream for users who installed it.

On August 16, 2014 Benji Vaughn stated on Younger Brothers' Facebook page that he would "be going quiet for a while" and that "it's time to disappear for a few years".

The band's name is taken from a Kogi prophecy; the Kogi regarded themselves as the Older Brother and say that the destruction of the Earth and environment would be by Westerners called Younger Brother. Simon Posford and Benji Vaughan describe this in the Twisted DVD from 2007 during an interview. Fragments from this prophecy are found in the song "Evil and Harm".