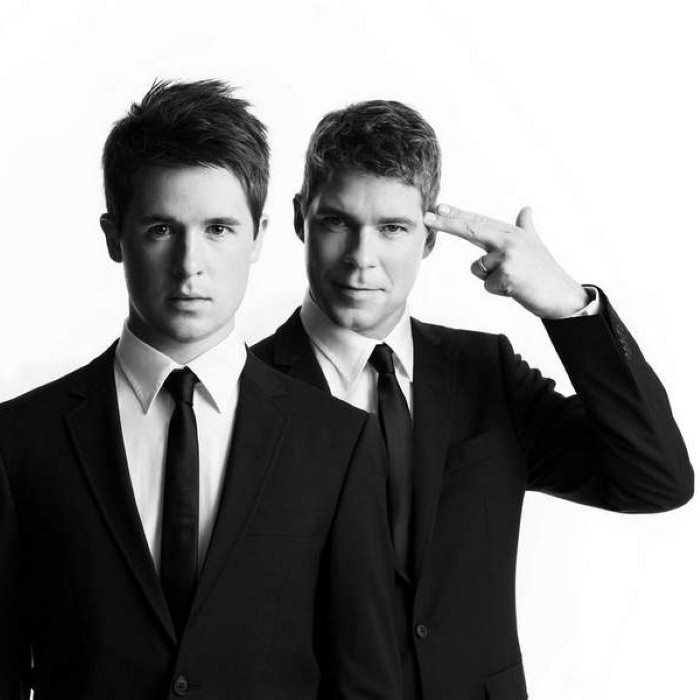 Hej Matematik ("Hi Mathematics") is a duo from Denmark consisting of Søren Rasted (of Lazyboy and Aqua fame) and his nephew Nicolaj Rasted. The duo published the singles Gymnastik, Centerpubben and Du & Jeg in 2007, all from the album Vi Burde Ses Noget Mere, released in 2008 by Copenhagen Records. In the summer of 2008, they published the single Walkmand, the first single from a re-issue of Vi Burde Ses Noget Mere On November 2nd, 2009, Hej Matematik released Party I Provinsen, the lead single of their album released in Denmark on 25 January 2010, under the title Alt Går Op I 6. On September 18th, 2010 they released the single Kato På Maskinerne. On January 30th, 2012 they released their newest single Livet I Plastik. Their MySpace page is http://myspace.com/hejmatematik, and their official site is http://hejmatematik.dk