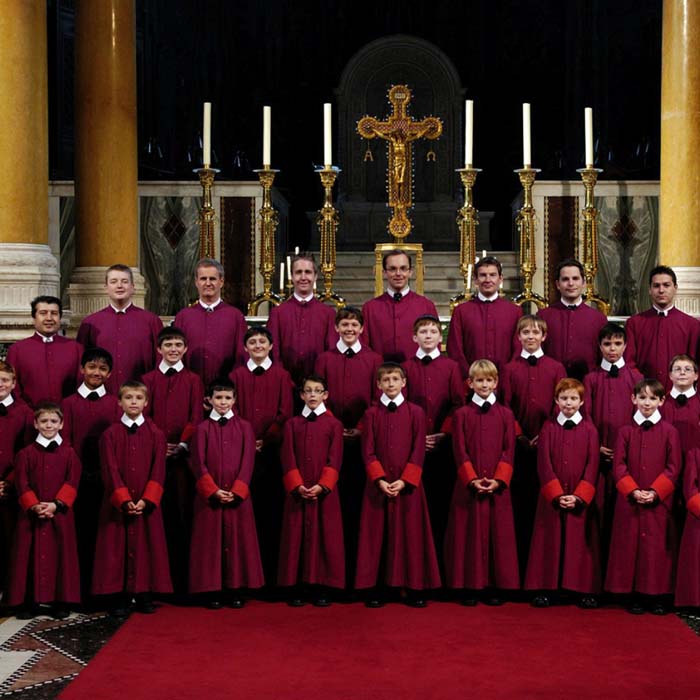 Music for Advent and Christmas (2003)

An English Christmas Festival of Carols (0)

Westminster Cathedral Choir is widely considered to be one of the finest choirs in the world. The establishment of a fine choral foundation was part of the original vision of the founder of Westminster Cathedral, Cardinal Herbert Vaughan. Vaughan laid great emphasis on the beauty and integrity of the new cathedral’s liturgy, and regarded a residential choir school as essential to the realisation of his vision. Daily sung Masses and Offices were immediately established when the cathedral opened in 1903, and have continued without interruption ever since. Today, Westminster Cathedral Choir is the only professional Catholic choir in the world to sing daily Mass and Vespers.

Sir Richard Runciman Terry, the cathedral’s first Master of Music, proved to be an inspired choice. Terry was both a brilliant choir trainer and a pioneering scholar, one of the first musicologists to revive the great works of the English and other European Renaissance composers. Terry built Westminster Cathedral Choir's reputation on performances of music—by Byrd, Tallis, Taverner, Palestrina and Victoria, among others—that had not been heard since the sixteenth and seventeenth centuries, and Mass at the cathedral was soon attended by inquisitive musicians as well as the faithful. The performance of great Renaissance Masses and motets in their proper liturgical context remains the cornerstone of the choir's activity.

George Malcolm consolidated the musical reputation of Westminster Cathedral Choir during his time as Master of Music—in particular through the now legendary recording of Victoria’s Tenebrae Responsories. More recent holders of the post have included Colin Mawby, Stephen Cleobury, David Hill and James O'Donnell. The choir continues to thrive under the current Master of Music, Martin Baker, who has held the post since 2000.

In addition to its performances of Renaissance masterpieces, Westminster Cathedral Choir has given many first performances of music written especially for it by contemporary composers. Terry gave the premières of music by Vaughan Williams (whose Mass in G minor received its liturgical performance at a Mass in the Cathedral), Gustav Holst, Herbert Howells and Charles Wood; in 1959 Benjamin Britten wrote his Missa brevis for the choristers; and since 1960 works by Lennox Berkeley, William Mathias, Colin Mawby and Francis Grier have been added to the repertoire. Most recently four new Masses—by Roxanna Panufnik, James MacMillan, Sir Peter Maxwell Davies and Judith Bingham—have received their first performance in the cathedral. In June 2005 the choristers performed the world première of Sir John Tavener's Missa Brevis for boys' voices.

Westminster Cathedral Choir made its first recording in 1907. Many more have followed in the Westminster Cathedral Choir discography, most recently the acclaimed series on the Hyperion label, and many awards have been conferred on the choir's recordings. Of these the most prestigious are the 1998 Gramophone Awards for both 'Best Choral Recording of the Year' and 'Record of the Year', for the performance of Martin’s Mass for Double Choir and Pizzetti’s Requiem. It is the only cathedral choir to have won in either of these categories.

The choir's recordings include two discs of Palestrina on the Hyperion label – the Missa Hodie Christus Natus Est with motets for Advent and Christmas, and the Missa Dum Complerentur with Pentecost motets and plainchant. In addition, the choir has recorded MacMillan's Mass and a complete Mass for Easter Sunday on the Herald Label. More recent recordings include a disc of Victoria's Marian music and Vaughan Williams's Mass in G minor which was recorded in July 2004.

When its duties at the cathedral permit, the choir also gives concert performances both at home and abroad. It has appeared at many important festivals, including Aldeburgh, Cheltenham, Salzburg, Copenhagen, Bremen and Spitalfields. It has appeared in many of the major concert halls of Britain, including the Royal Festival Hall, the Wigmore Hall and the Royal Albert Hall. The Cathedral Choir also broadcasts frequently on radio and television. 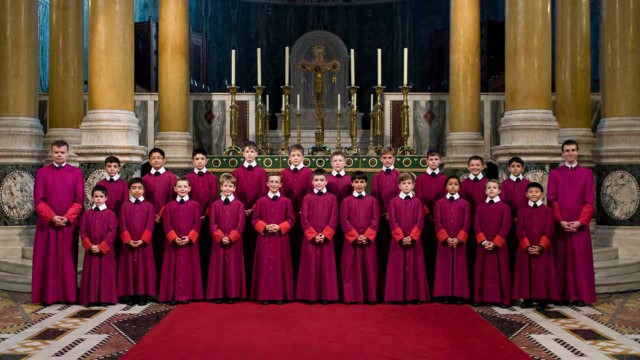