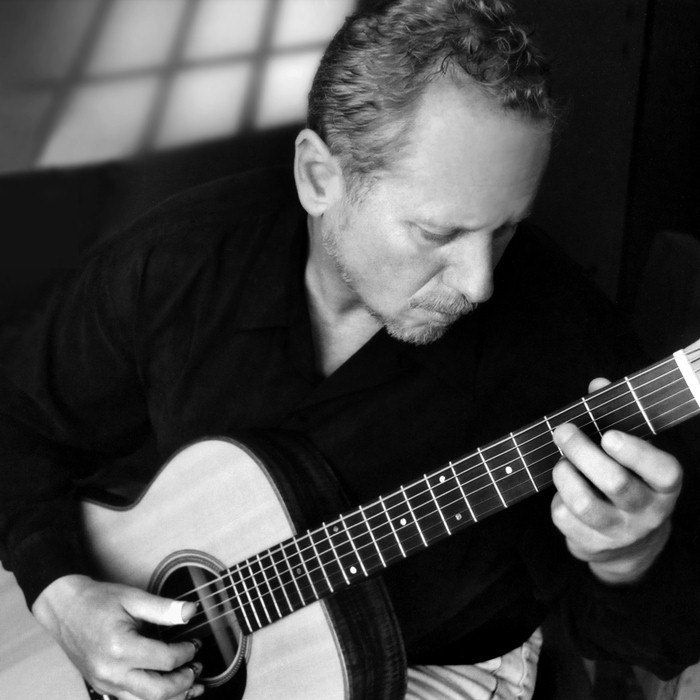 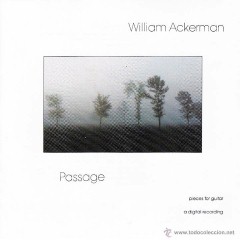 William Ackerman is an American guitarist and composer of acoustic-based instrumental music. He founded and ran for many years the influential New Age record label Windham Hill Records.
William Ackerman was born in West Germany but was adopted by a couple who lived in Palo Alto, California. A self-professed poet and musician who briefly studied guitar with Robbie Basho, Ackerman grew up in the San Francisco Bay Area. He attended the Northfield Mount Hermon School and Stanford University. Before finishing his studies at Stanford, Ackerman dropped out to become a carpenter. Ackerman had composed some pieces of music for a performance of Romeo and Juliet at Stanford. In 1975, without having played a "paying gig"
"(a) group of friends and informal fans got together and collected about $300 in five dollar bills to send me into a recording studio. I picked a studio out of the phone book named Mantra Studios (it was the 70s after all!). I walked into that room and made a record I called The Search for the Turtle's Navel in two afternoons." (William Ackerman, liner notes for Returning, 2005).
Initially William Ackerman kept up his job as a builder but recording music took up more of his time until he was working on music full-time. Ackerman ran his music label Windham Hill Records for years. He did just about everything from picking cover art to producing the records. Early albums featured himself It Takes a Year (1977) and his cousin, fellow guitarist Alex de Grassi Turning: Turning Back (1978). Although in later years critics would single out Ackerman's records (especially Childhood and Memory) and De Grassi's first record, the album that gained Windham Hill Records notice was the 1980 recording by George Winston Autumn. This record was well reviewed in Rolling Stone magazine and, as a result of this national exposure the record began selling in large numbers. For many years it was the best selling album in the Windham Hill Catalog.

Ackerman found that life as a record label executive was, in his own words, "making him crazy." His marriage ended in divorce and he eventually moved out of the Bay Area and across the country back to his old residence near Brattleboro, Vermont in Windham County. In 1992 he sold half of his stake in Windham Hill Records to BMG and stopped recording and producing. Life in Vermont away from the record business proved enjoyable and so Ackerman sold the remainder of his stake in Windham Hill Records in 1996. He currently lives in Brattleboro and produces music from his nearby studio Imaginary Road.
William Ackerman's musical influences are Erik Satie, John Fahey, Robbie Basho, and Leo Kottke. William Ackerman has told an anecdote about his musical debt to John Fahey. One of his early pieces of music sounded a great deal like a Fahey composition titled The Last Steam Engine Train and so he visited Fahey, asked him if he thought the music was too similar, and played him the tune. Fahey said "You can have it!". The tune in question is "The Rediscovery of Big Bug Creek, Arizona", from It Takes a Year.
On guitar tunings, William Ackerman has said that none of his songs use the standard guitar tuning. For example, his song "Processional" has the D string tuned up to an E, and the high E string tuned down to a C with a capo on the 5th fret. He also says that only two songs share the same tuning (at least as of 2000). Ackerman's love of non-standard tunings (coupled with the use of a capo) allows him to play melodies where many of the notes can be played without fretting them allowing the strings to "ring free". He shared his love of non-standard tunings with Michael Hedges.
Since selling his share of Windham Hill, Ackerman has released four new albums, Sound of Wind Driven Rain' 1998, Hearing Voices 2001 (both were nominated for a Grammy), an album re-working some great signature songs - Returning 2004 (which won a Grammy award), and PURE 2006, again with some previous materials, but with some new work as well.
In addition to discovering George Winston, William Ackerman's other great discovery was Michael Hedges. Ackerman has often told the story of how he heard Hedges performing in a Palo Alto cafe and immediately wrote a recording contract for him on a paper napkin. Hedges and Ackerman performed concerts together for several years in the early 1980s and played together on one of William Ackerman's albums. Some other notable artists he produced include Liz Story and Shadowfax. He has recorded many artists in his personal recording studio, Imaginary Road Studios in Vermont. An airlock door at the studios bears the names of at least 84 artists who have recorded in the studio, including Michael Manring, Philip Aaberg, Tom "T-Bone" Wolk, Michael Hedges, Preston Reed, Eugene Friesen, Happy Rhodes, Isadar, Liz Story, Samite, Tom Bodett, Jeff Pearce, Jeff Oster, Shambhu, Dana Cunningham, Zade Dirani, Martin Sexton, Karen Hesse, Todd Boston, and Kathryn Kaye.
Ackerman was also a judge for the 4th annual Independent Music Awards to support independent artists' careers.
Of late, William Ackerman focuses on producing other musicians and performing in a select few concerts. On June 1 and 2, 2007, at Bruce Willis's theater, The Liberty Theatre in Hailey, Idaho, Ackerman joined Jeff Pearce, Jeff Oster and Patrick Gorman for debut concerts showcasing some of the wide variety of musical styles he works with. 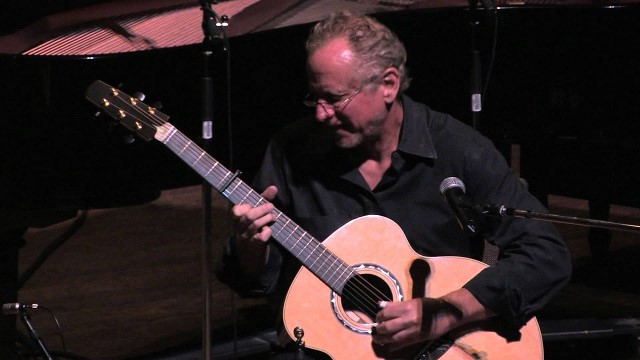