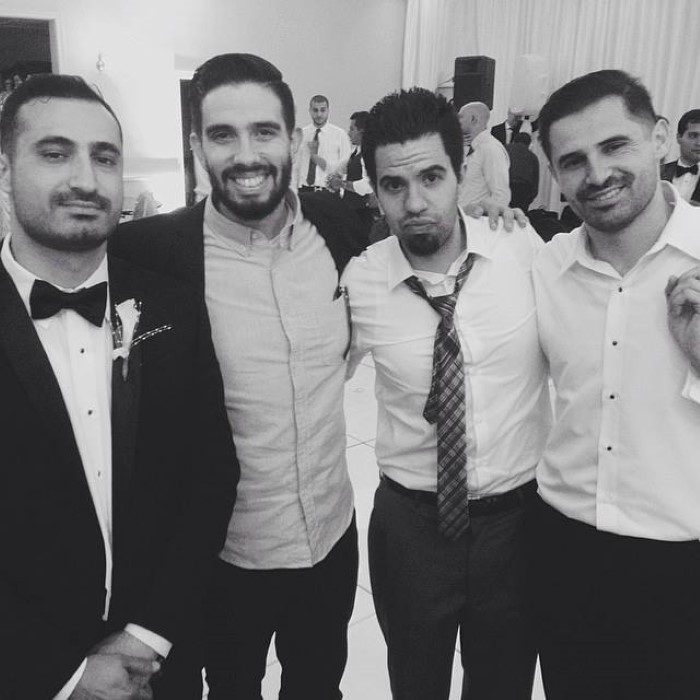 From the city of West Covina, California, A Love Ends Suicide became a quickly growing act as a rock/metal band. The band sold over 3000 copies of their self produced 04' EP. The band consists of five members, four of which happen to be brothers. John Cairoli (Vocals), has developed a tough and unique scream that stands out more than many acts in the local scene, with the help of his intense,energy-filled stage performance. Emir Abdo (Bass, Vocals), with intense stage presence on bass, adds a contrast to the intensity of the music with melodic vocal lines, while at the same time complimenting the music as it contains such diverse influential components. Oscar Cairoli (Guitar), creates a sound like no other as he contributes an enormous part of A Love Ends Suicide. With his riveting guitar riffs and his musical influences combined, he's allowed to express his passion for the music in an intense and emotional matter. Andres Abdo (drums), the youngest of the five, brings forth a great deal of strength and power to the music. Matt Garcia(Guitar) adds a big sound to the band. Complimenting his flavor of sound, Matt has been known to perform with great intensity off and on stage.