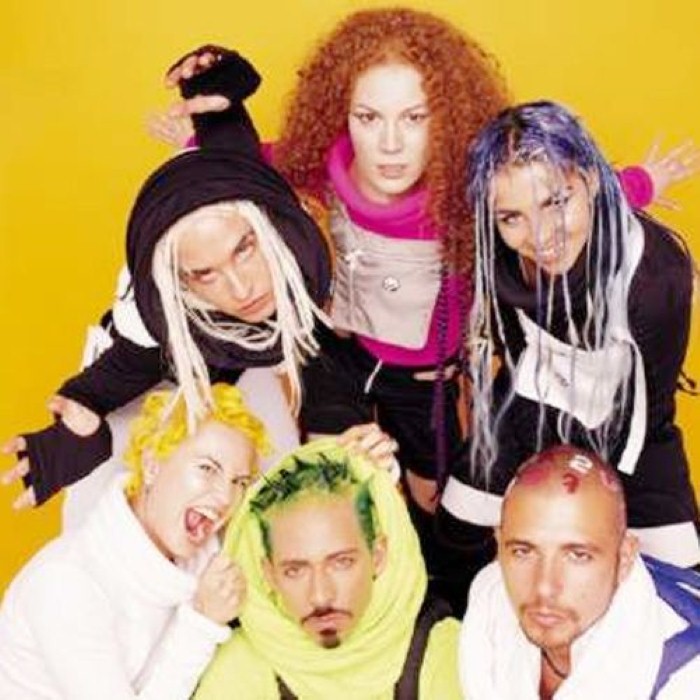 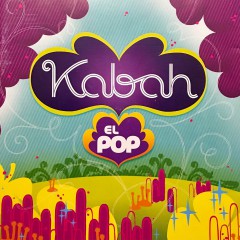 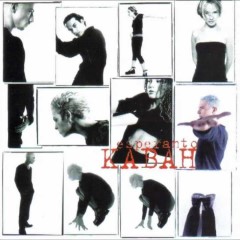 Kabah was a Mexican pop music group based in Mexico City. It was formed in 1992 and disbanded in 2005. Kabah was formed in 1992 by Federica Tapia and her brother André. Their cousin Sergio was next to be added to the group, and later their neighbor and friend Maria José. At the time there were many pop groups in Mexico with four members, so Frederica and André decided to add longtime friends René and Daniela, bringing the total to six. Shortly after the addition of these final two members, they did a cover for the group The Party. The song was called Encontré El Amor (I Found Love). Shortly after the release of Encontré El Amor, the group recorded this and another song, Somos Tan Diferentes (We are so different) at Gil Brothers studios, forming a two song demo tape Eager to show their talent, they were given the chance to sing their two songs at a popular club. However, they were ill received by the audience and ultimately booed off the stage. Their second show came at the end of 1993 at a kindergarten where Federica worked as a teacher's assistant. For this show, they remade their two songs, giving them a more child friendly feel. Ironically, this event would end up marking their careers, as they realized they could find greater favor among younger audiences. Despite their hopes however, they were initially turned down by several producers, such as Cha, Claudio Yarto and Aleks Syntek. It was not until Federica accidentally came across the phone number for Televisa that they found success. After calling Luis de Llano, the only music producer of the network, they were asked to come in for a meeting. Luis told them about a singing talent show called Valores Juveniles, and suggested they spend a few months practicing for it. They then signed a contract for one album with Polygram Music, and soon after their first album, Kabah, was finished. They then went on to win the talent show with their first song, "Encontré El Amor." The album, which was officially released in 1994, contained four songs written by the group and was a success among the younger population. The first album was such a success that Polygram Music decided to sign them and gave them a contract to make two more albums. They started recording a second album which would be titled La Calle De Las Sirenas (The Street Of The Mermaids). It was released in 1996 and was recorded in Los Angeles. La calle de Las Sirenas opened many doors for the group, and carried them to international fame. 1998's Esperanto followed, selling a record of 100,000 copies in the first week. It featured the singles "Mai, Mai", "Una Ilusión," and "Esperanto". The next follow-up, XNE, led the group to a more conceptualized image and somewhat darker sound. It also contained the theme song for the Mexican soap operaAmigas y Rivales. In 2002, they returned to a lighter sound with La Vida Que Va, which was recorded in Norway under the Warner Music label and produced by Ole Evenrude. La Vuelta al Mundo, was released in 2003, and the band's final album, El Pop, was released in 2005. El Pop featured acoustic versions of a few of their greatest-hits, as well as two new songs. A farewell tour took them all across North America, concluding with a final show on December 31, 2005 on the bay of Acapulco, Mexico. 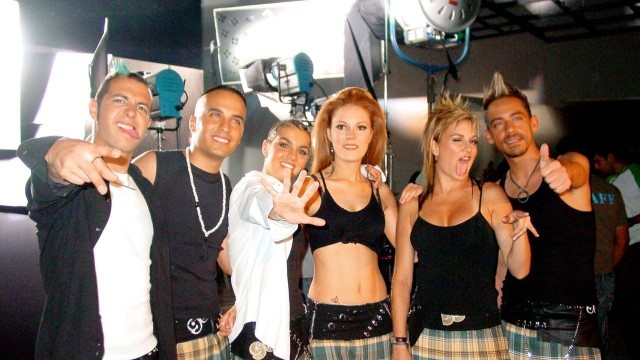