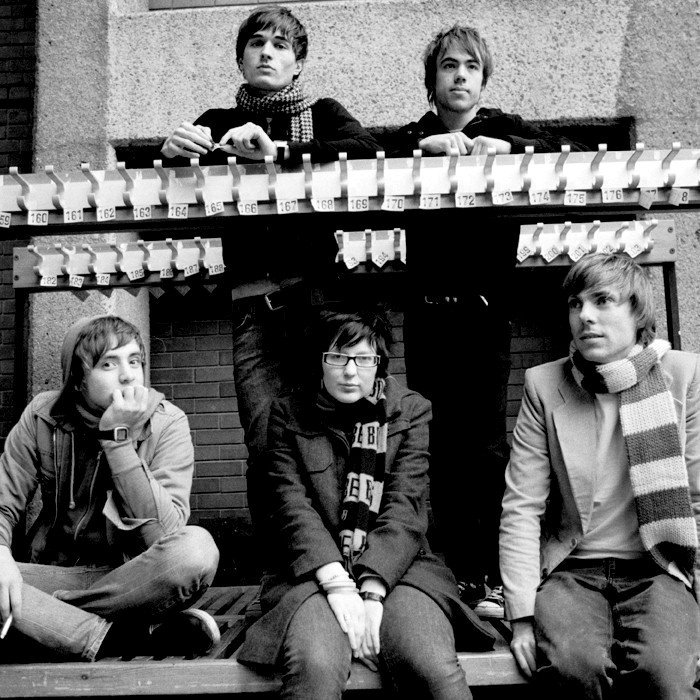 Help She Can't Swim was an English indie/art rock band, formed in Southampton in 2003. The band released a number of singles on Fantastic Plastic Records, along with an EP and two albums. Before signing to Fantastic Plastic, they had released one EP entitled Suck Our Band (a phrase taken from the lyrics of their song "Are You Feeling Fashionable?") on the Vacuous Pop label. While originally recorded as a demo, Vacuous Pop were so taken with the 'Suck Our Band' recordings that they had to be given a proper release. Originally a five-piece, one of the founding members, Tom Baker, left the band in 2006, before the release of the band's second album The Death of Nightlife, though still contributed to the recording which had mostly been completed before his departure. The band announced they had split up on 26 May 2008 on their Myspace blog. Their reasoning behind the breakup, as quoted from their MySpace blog was "There are a lot of things that the four of us need to do personally that being in the band does not allow. We have had an amazing time being in HSCS; we got to release our music, tour, play shows with some great bands and met lots of lovely people."