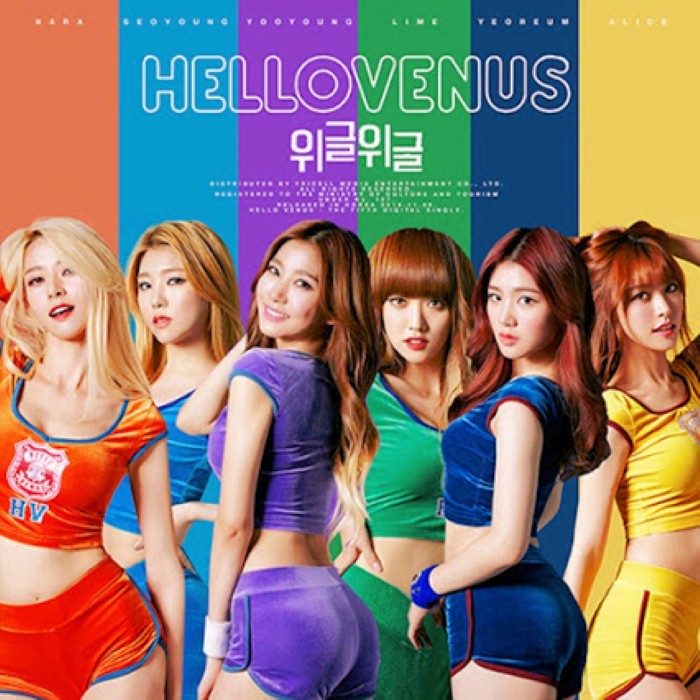 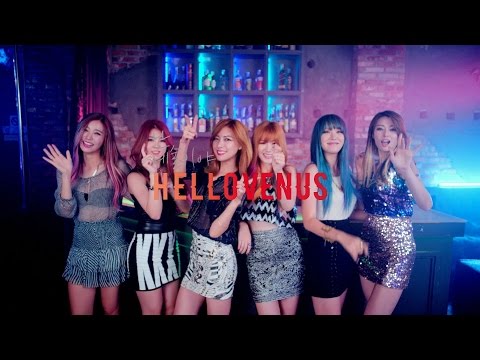 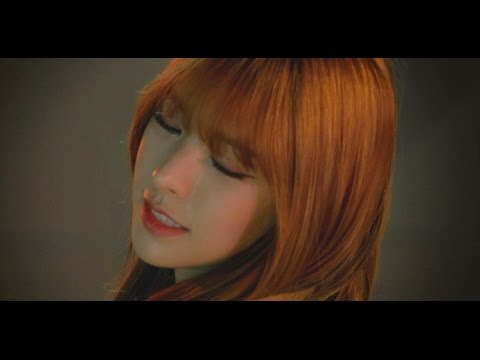 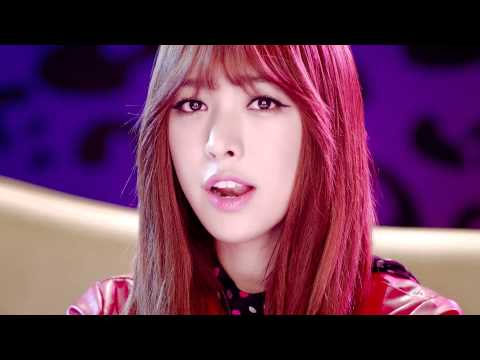 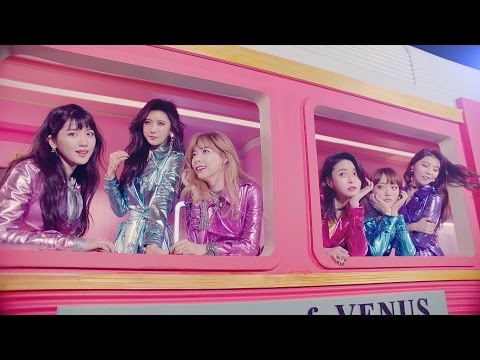 Hello Venus (Hangul: 헬로비너스; stylized as HELLOVENUS) is a South Korean girl group formed by Tricell Media, a joint venture between Pledis Entertainment and Fantagio, in 2012. It was announced in July 2014 that the two companies had ended their partnership, with the remaining members continuing under Fantagio.
They are the second girl group to debut under Pledis Entertainment (the other being After School). The group consists of Nara, Alice, Lime, Yooyoung, Seoyoung and Yeoreum. Debuting on 9 May 2012, they were initially After School and NU'EST's sister group. Since the split, however, they are a Fantagio exclusive act.

History:
Pledis Entertainment collaborated with Fantagio Entertainment, an acting agency, for Hello Venus' showcase in April. Yoo Ara and Yoonjo were trainees of After School, both having performed on their first album Virgin. Both girls were expected to join After School at some point. Yoo Ara, along with fellow Pledis trainee Kyungmin, were the final two candidates to become After School's ninth member, however, current After School member E-Young was chosen instead. Lime was in the pre-debut line-up of a girl group called Viva Girls under Medialine Entertainment; consisting of several members including Nine Muses member Kyungri. However, the group disbanded and each girl left the company.
Lime was a backup dancer for Chaeyeon. She was also a rapper in Lee Jung's '들어봐'(Look At Me) and Honey Family's 역전의 드라마 (Reversal of Drama) under the name Haley.
The group was originally a seven member line-up; consisting of the six girls and a Pledis Trainee Nicole. Nicole departed Pledis shortly before Hello Venus's debut.

2012: Debut with Venus, Like a Wave, and What Are You Doing Today?:
Hello Venus first became known under the name Venus. On 17 April, Hello Venus was officially announced with a teaser image, along with the opening of an official website. The final group had six members, containing two members from Pledis: Yoo Ara and Yoonjo, and four members from Fantagio: Alice, Nara, Lime and Yooyoung. On 9 May, Hello Venus debuted their mini-album Venus, with "Venus" serving as the promotional track.
On 4 July, the group released a digital repackage of their first mini-album, Like a Wave, with the song of the same name used for their promotions.
On 16 December, they released their second mini album, What Are You Doing Today?.

2013: First fanmeeting and Would You Stay For Tea?:
Promotions for "What Are You Doing Today?" concluded on 27 January, however on 30 January, Tricell Media announced that the group would begin promoting their follow-up song, "Romantic Love" immediately, with the first performance on MBC Music's Show Champion the same day.
On 18 April, Hello Venus revealed teaser images for their third mini-album. A second set of images and the music video teaser of their title track was released on 24 and 25 April, respectively. The mini-album and the music video was released on 2 May. The following day, Tricell Media announced that the group will hold their first solo concert at Sogang University's Mary Hall on 22 June.

2014-present: Yoo Ara and Yoonjo's departure, new members and "Sticky Sticky":
It was announced on 31 July via Hello Venus' official Daum café that Pledis and Fantagio had decided to terminate the Hello Venus project. Alice, Nara, Lime, and Yooyoung will continue to promote as Hello Venus, while Yoo Ara and Yoonjo will return to Pledis, pursuing careers in acting and continue their careers in music. The remaining members will work on releasing a new album, and will also be venturing into acting. Hello Venus will now be managed solely by Fantagio.
On 16 September, the group's agency announced that they are scheduled to have a comeback sometime in the fall. The comeback is reported to be in collaboration with the Brave Brothers, as well as introducing a new member to the group. On 22 October, Fantagio introduced two new members: Seoyoung and Yeoreum, and announced that the group would be making their comeback with a single in the following month. A music video teaser for their upcoming single "Sticky Sticky" was released on 31 October, featuring all the members in a sexy concept. The song and music video was released on 6 November 2014. 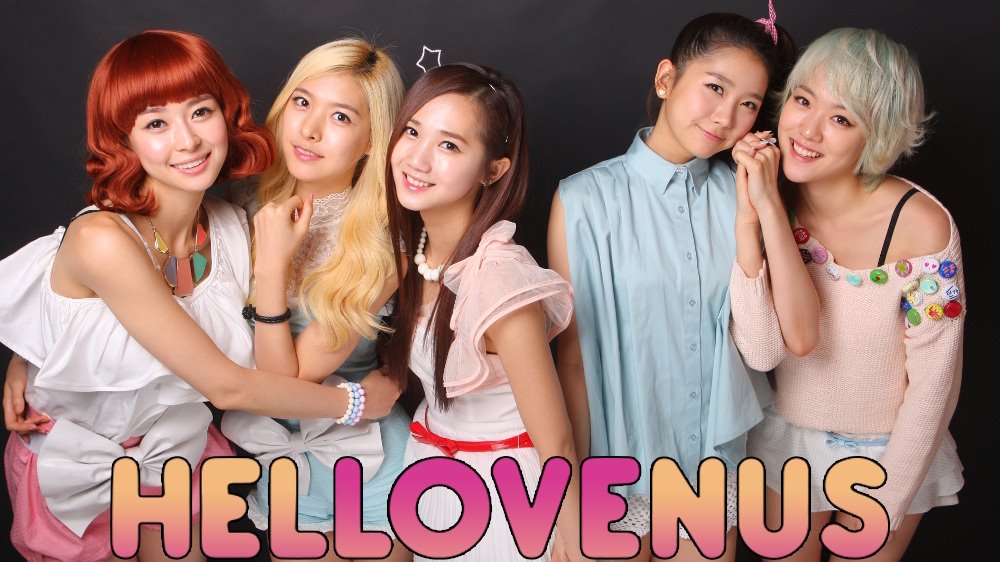 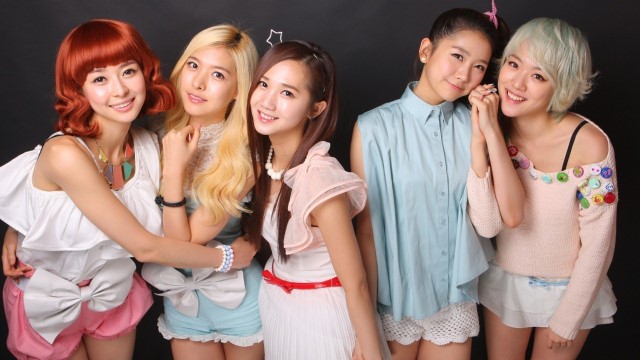 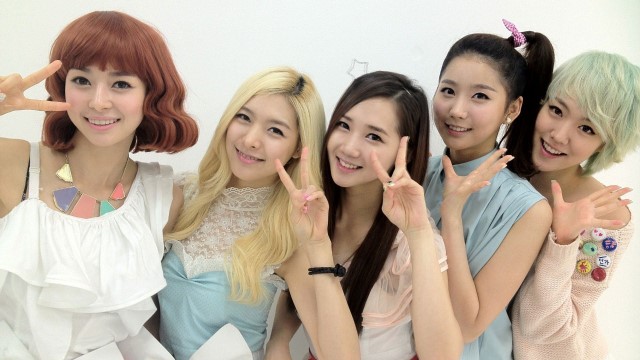 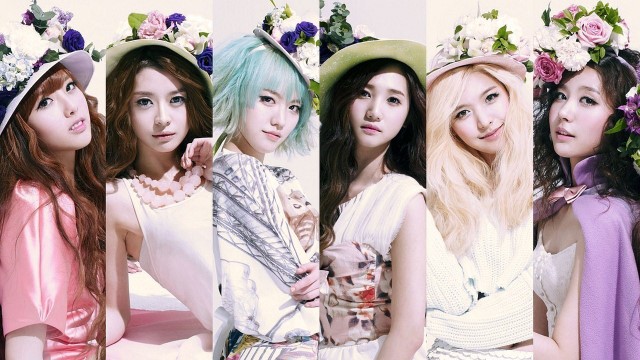