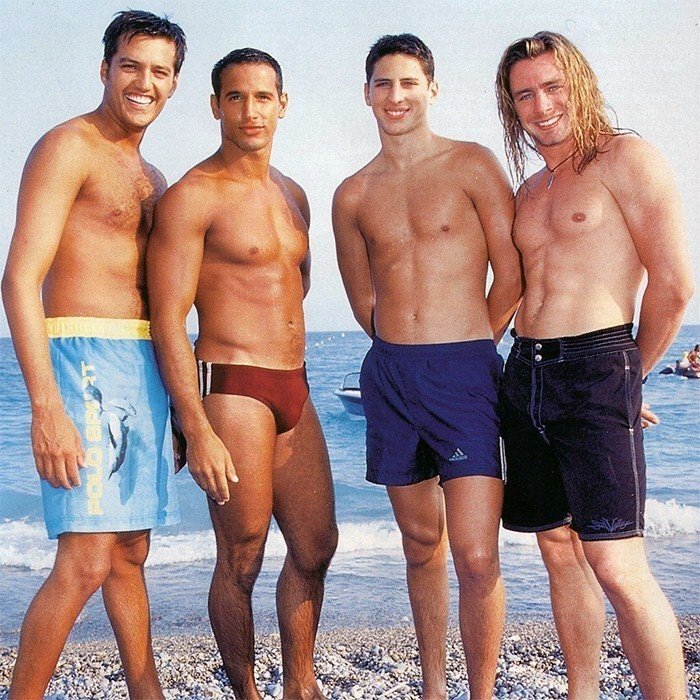 History:
Alliage was assembled during the 1990s boy band craze. The musical group was met with the most commercial success in France alongside fellow boy acts like Worlds Apart, 2Be3 and G-Squad. The band included four young men; Steven Gunnell, Roman Lata Ares, Brian Torres and lead singer Quentin Elias. Alliage, whose name translates as "mixture," was marketed as a multicultural fusion of several different ethnic origins: Corsican, Spanish, American, and Algerian-French, respectively. Some of their songs were "alliages" of several languages such as "Baila" and "Lucy".
The group's breakthrough hit was their first single "Baila" ("Dance, I love you, your memory still follows me") which sold more than 450,000 copies. Their first album titled Alliage, l'album was released in 1997, selling more than 500,000 copies. At the peak of their success, Alliage collaborated with Irish boy band Boyzone on "Te garder près de moi" and Swedish band Ace of Base on "Cruel Summer".

After break-up:
By the end of the 1990s Alliage's record sales declined as boy bands fell out of favor with the public.
Quentin Elias was the first to leave the group and embark on a solo career in 1999. Elias, was based in New York. He remained active as a recording artist, model and actor in films, television and theater until his sudden death in 2014.
Gunnell also become a soloist, recording Catholic music, having rediscovered his creed and passion for the opera.
Ares began a career in photography and Torres became a male model.