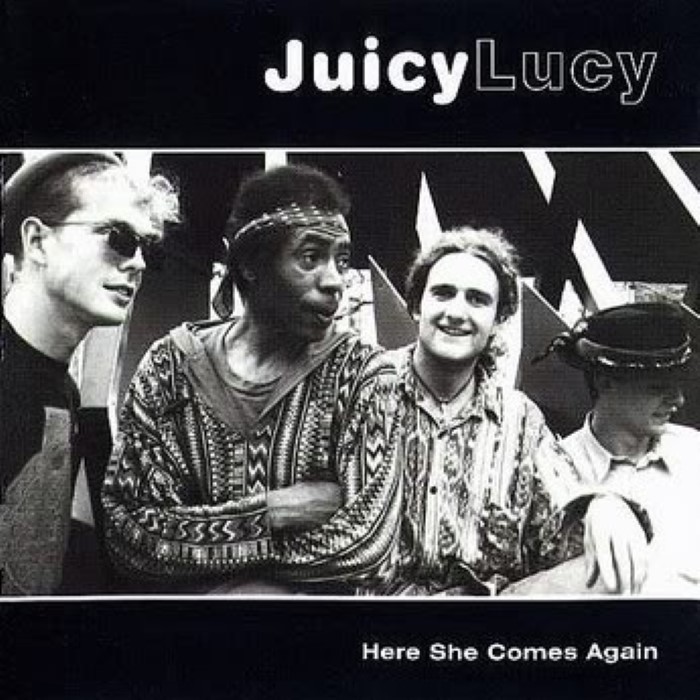 The band name was inspired by a character in The Virgin Soldiers (1966) by Leslie Thomas.

Career
The band immediately notched a UK Top 20 hit with their cover version of the Bo Diddley composition "Who Do You Love?" Their self-titled debut album then fell just shy of the Top 40 in the UK Albums Chart. The album's cover featured a burlesque dancer named Zelda Plum, naked except for a covering of fruit.

Line-up changes ensued, as ex-Zoot Money singer Paul Williams, guitarist Micky Moody, and drummer Rod Coombes replaced Owen (who exited for a solo career), Hubbard, and Dobson for 1970's Lie Back and Enjoy It (#53 - UK Albums Chart). In May 1970, the band appeared at the annual NME poll-winners concert. Another bassist, Jim Leverton, assumed Ellis' duties for the follow-up, 1971's Get a Whiff a This. In August 1971, Juicy Lucy appeared on the bill at the Weeley Festival near Clacton-on-Sea, Essex.

The constant turnover clearly took its toll on the group both creatively and commercially, with co-founders Campbell and Mercer, plus Coombes exiting prior to the fourth Juicy Lucy album, 1972's Pieces. This was recorded by a makeshift line-up of Williams, Moody, keyboardist Jean Roussel, and the former Blodwyn Pig rhythm section of bassist Andy Pyle and drummer Ron Berg. Juicy Lucy disbanded shortly thereafter.

Micky Moody was a member of Snafu between 1973 and 1976, and he later joined the inaugural Whitesnake line-up in 1978. A 1996 album called Blue Thunder was released under the Juicy Lucy name by Paul Williams and Micky Moody, featuring guest musicians Mick Taylor and Andy Summers. Moody and Williams also released an album called Smokestacks, Broomdusters and Hoochie Coochie Men in 2002.

Juicy Lucy's version of the song "Who Do You Love?" was subsequently featured in the video game Shellshock: Nam '67.

In 1995, Ray Owen resurrected the band's name and recorded Here She Comes Again. The line-up for this recording also included Mike Jarvis (guitar), Andy Doughty (bass), and Spencer Blackledge (drums). This version of the band broke up in 1997, but Owen persevered and joined up with guitarist Steve Fish. Although legal problems would not allow them usage of the name Juicy Lucy, the outfit performed as Ray Owen's Moon (Moon being the title of Ray Owen's 1971 solo album).

In 2004, bassist Fudge and drummer Paul Fletcher joined the band, after the legal situation had been resolved. This version of Juicy Lucy released the album Do That And You'll Lose It in 2006 and toured the UK with Nazareth. They played at the Cambridge Rock Festival in 2007.

In 2009, a new line-up of Juicy Lucy was formed as - due to health problems - Owen was unable to continue touring on a regular basis. The band was then fronted by singer/guitarist Steve Fish, with Paul Fletcher on drums and James Morris on bass, and this line-up continued to tour throughout the UK. In September 2012, Frank Cokayne (on bass guitar) joined Fish and Fletch in the UK-based version of the band. In March 2013, Cokayne was replaced by Michael Phillips. "Mississippi Woman" and "Who Do You Love?" (from the band's first album) are still performed live.

Owen now occasionally plays live in France under the moniker "Ray Owen's Juicy Lucy", accompanied by Mike Jarvis and Spencer Blackledge from the 1990s incarnation of the band. He also performs solo acoustic sets around the UK, including regular engagements at the Lewes Con Club. 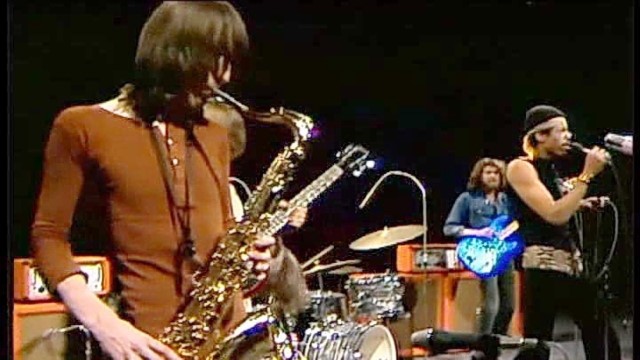