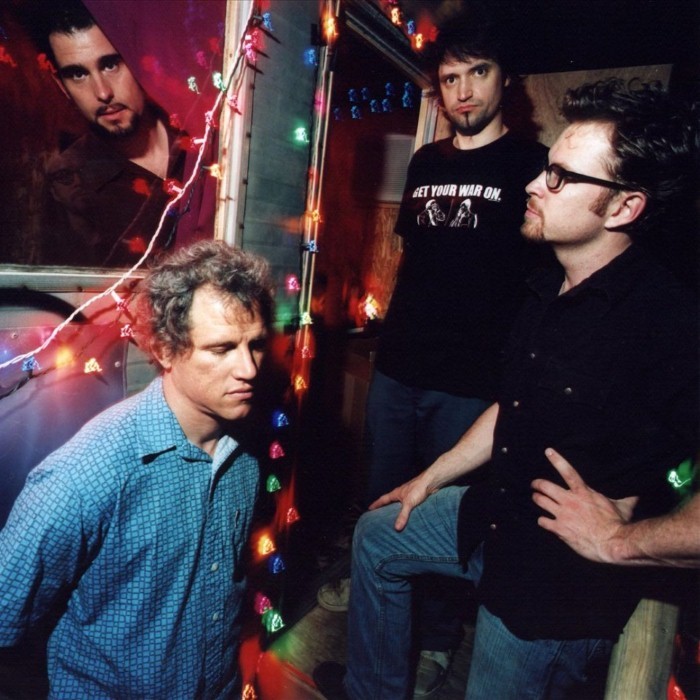 Garage A Trois (aka GAT) is a quartet including drummer Stanton Moore, saxophonist Skerik, vibraphone and percussionist Mike Dillon and keyboardist Marco Benevento. They play a variety of music including rock, funk and jazz.

Garage A Trois was originally a trio founded by Moore, eight-string guitarist Charlie Hunter, and Skerik. It formed during the 1998 recording of Stanton Moore's debut All Kooked Out!, a session that also yielded Garage A Trois' debut recording Mysteryfunk. Both albums were produced by Dan Prothero on his independent Fog City Records label. They were also both recorded "live with no over dubs". Whereas All Kooked Out! was rehearsed, "straight-toned" and promoted as the initial release, Mysteryfunk was mostly improvised with electronically effected instruments and as Moore has stated had "all the freaky stuff."
After success as a live act they took on vibraphonist and percussionist Mike Dillon. The quartet performed multiple tours on the national nightclub circuit and played at several festivals. They were known to perform a wide variety of music in any given show including funk, punk-rock with electronic effects, or straightforward jazz. Also as a quartet they released two composed studio albums in 2003 and 2005 abandoning the "live with no overdubs" recording ethos.
In 2007 Moore, Skerik and Dillon continued to perform by the Garage A Trois moniker featuring other musicians such as John Medeski and Marco Benevento. The current quartet as of December 2007 including Moore, Skerik, Dillon and Benevento have been billed also as "Garage A Benevento", "Garaj A Benevento" and most recently as simply "Garage A Trois".
October 2009 Garage A Trois released their first studio CD with the Benevento line-up, Power Patriot.
In 2011 the same lineup released another full-length disc, "Always Be Happy, But Stay Evil" on the Royal Potato Family label, and subsequently toured to promote it.
On August 20, 2012 Garage A Trois played a show at the Brooklyn Bowl in New York, with a lineup consisting of just Charlie Hunter, Skerik and Mike Dillon. The show is notable for the return of Charlie Hunter, the lack of Benevento or Moore, and Dillon playing a traditional drum kit for most of the show. 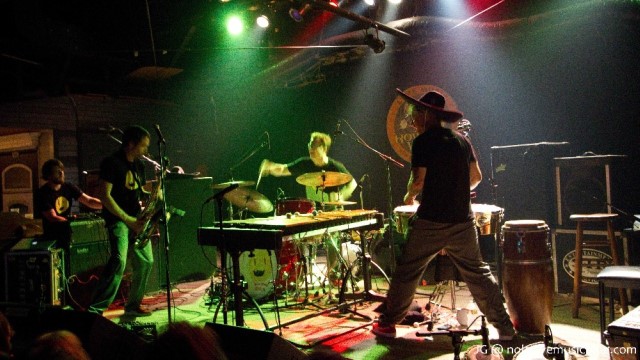