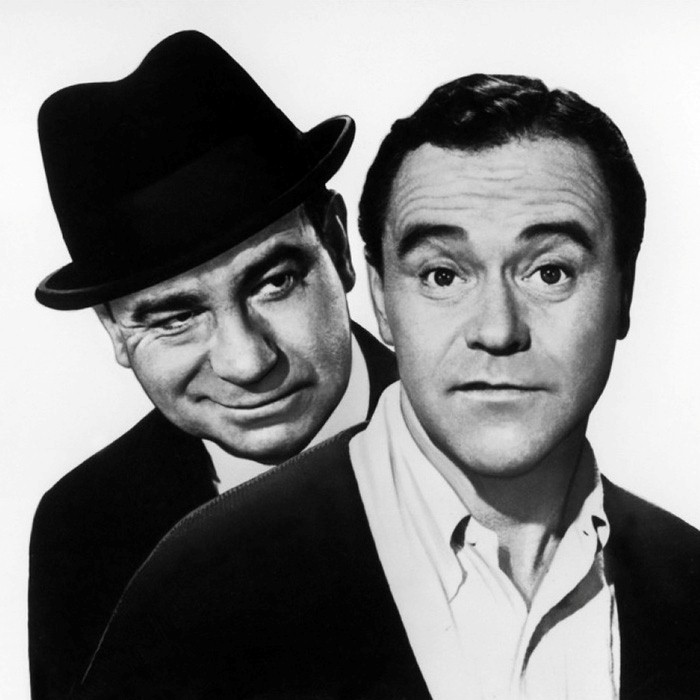 Walter John Matthau (October 1, 1920 - July 1, 2000) was an American actor best known for his role as Oscar Madison in The Odd Couple and his frequent collaborations with fellow Odd Couple star Jack Lemmon. Matthau was born in New York City's Lower East Side on October 1, 1920, the son of Jewish immigrants Rose (née Berolsky), who was born in Lithuania and worked in a sweatshop, and Milton (Melos) Matthau, an electrician and peddler who was a native of Kiev.[1][2][3] His original surname is often shown as Matuschanskayasky, but this is not true (see Matuschanskayasky below for a detailed discussion). As a young boy, Walter attended a Jewish non-profit sleepaway camp, Tranquility Camp, where he first began acting in the shows the camp would stage on Saturday nights. During World War II Matthau served in the U.S. Army Air Forces with the Eighth Air Force in England as a B-24 Liberator radioman-gunner, in the same 453rd Bombardment Group as James Stewart. He reached the rank of staff sergeant and became interested in acting. He took classes in acting at the Dramatic Workshop of The New School in New York with the influential German director Erwin Piscator. He often joked that his best early review came in a play where he posed as a derelict. One reviewer said, "The others just looked like actors in make-up, Walter Matthau really looks like a skid row bum!" Matthau was a respected stage actor for years in such fare as Will Success Spoil Rock Hunter? and A Shot in the Dark. He won the 1962 Tony Award for Best Featured Actor in a play. In 1952, Matthau appeared in the pilot of Mr. Peepers with Wally Cox. For reasons unknown he used the name Leonard Elliot. His role was of the gym teacher Mr. Wall. In 1955, he made his motion picture debut as a whip-wielding bad guy in The Kentuckian opposite Burt Lancaster. He appeared in many movies after this as a villain such as the 1958 King Creole (where he is beaten up by Elvis Presley). That same year, he made a western called Ride a Crooked Trail with Audie Murphy and the notorious flop Onionhead starring Andy Griffith and Erin O'Brien. Matthau also directed a low budget 1960 movie called The Gangster Story. In 1962, he won acclaim as a sympathetic sheriff in Lonely are the Brave. He also played a villainous war veteran in Charade, which starred Cary Grant and Audrey Hepburn. He commonly appeared on television too, including two appearances in 1960 and 1962 on ABC's police drama Naked City and in the role of Charles Thatcher in the 1963 episode "A Tumble from a Tall White House" of the NBC medical drama about psychiatry, The Eleventh Hour. He appeared eight times between 1962 and 1964 on The DuPont Show of the Week He appeared as Franklin Gaer in 1964 in the episode "Man Is a Rock" of the other NBC medical drama Dr. Kildare. In addition to his busy movie and stage schedule, Matthau made many television appearances in live TV plays. Although he was constantly working, it seemed that the fact that he was not handsome in the traditional sense would keep him from being a top star. Success came late for Matthau. In 1965, aged 44, Neil Simon cast him in the hit play The Odd Couple opposite Art Carney. He would later star along with Jack Lemmon in a movie version of the play. In 1966, he again achieved success as a shady lawyer opposite future friend and frequent co-star, actor Jack Lemmon, in The Fortune Cookie. During filming, the film had to be placed on a five month hiatus after he suffered a heart attack. He won an Academy Award for Best Actor in a Supporting Role for that movie, and also made a memorable acceptance speech. He was visibly banged up, having been involved in a bicycle accident shortly before the awards show. He scolded nominated actors who were perfectly healthy and had not bothered to come to the ceremony, especially three of the other four major award winners: Elizabeth Taylor, Sandy Dennis and Paul Scofield. Matthau also received Oscar nominations for 1972's Kotch, (directed by Lemmon) and 1975's The Sunshine Boys. For the latter role he won a Golden Globe for Best Actor in a Musical or Comedy. Matthau and Lemmon became lifelong friends after making The Fortune Cookie and made a total of ten movies together (eleven including Kotch, in which Lemmon has a cameo as a sleeping bus passenger), including the movie version of The Odd Couple (with Lemmon playing the Art Carney role) and the popular 1993 hit Grumpy Old Men and its sequel Grumpier Old Men with Sophia Loren and Ann Margret. Matthau died of full cardiac arrest in Santa Monica, California, 2000, at the age of seventy-nine. After undergoing heart surgery in 1985, doctors discovered that he had colon cancer which, by the time of his death, had spread to his liver, lungs, and brain. However, on his death certificate the causes of death are listed as cardiac arrest and atherosclerotic heart disease, with ESRD and atrial fibrillation added as "other significant conditions contributing to death but not related to [primary] cause..." He is interred in the Westwood Village Memorial Park Cemetery in Westwood, California. Just under one year later, Jack Lemmon was also buried at the cemetery next to his friend, after dying from colon cancer and bladder cancer. After Matthau's death, Lemmon as well as other friends and relatives appeared on Larry King Live in an hour of tribute and remembrance; poignantly, many of those same people appeared on the show one year later, reminiscing about Lemmon. Entertainment Weekly's article in memory of Matthau was titled "Grumpy Old Mensch". His widow, Carol, died of a brain aneurysm in 2003 and was buried next to him. 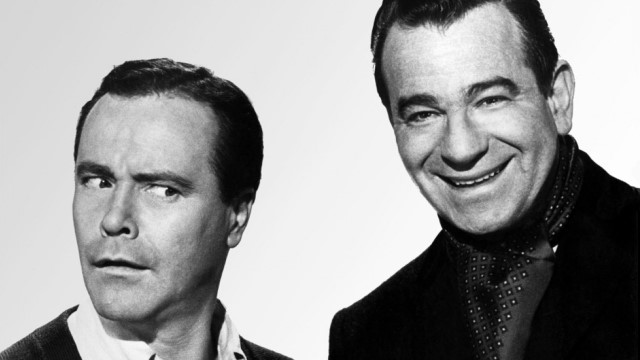