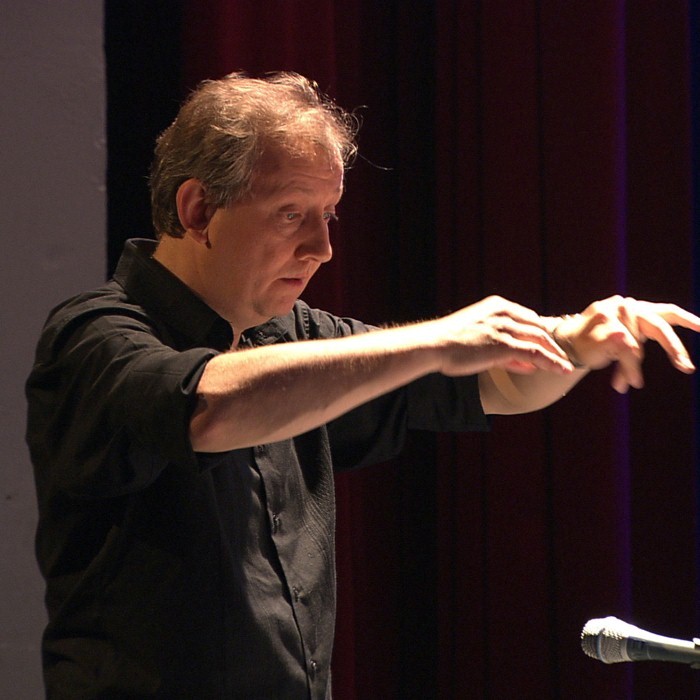 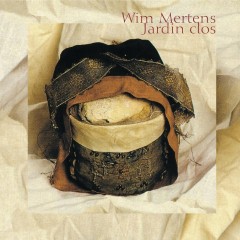 Mertens was born in Neerpelt, Belgium. He studied social and political science at the University of Leuven (graduating in 1975) and musicology at Ghent University; he also studied music theory and piano at the Ghent Conservatory and the Royal Conservatory of Brussels.

In 1978, he became a producer at the then BRT (Belgian Radio and Television, now called Vlaamse Radio- en Televisieomroep). For Radio 2 (Radio Brabant) he produced concerts by Philip Glass, Steve Reich, Terry Riley, Meredith Monk, Urban Sax and others, and hosted a program called Funky Town together with Gust De Meyer (with whom he recorded the experimental album For Amusement Only).

Known primarily as a composer since the early 1980s, Mertens is best known for his opus "Struggle for Pleasure". He is also well known for his piece "Maximizing the Audience", which was composed for Jan Fabre's play The Power of Theatrical Madness, which premiered in 1984 in Venice, Italy.

Mertens' style has continually evolved during the course of his prolific career, starting from downright experimental and avant-garde, always gravitating around minimalism, usually, however, preserving a melodic foundation to the forays that he makes into the worlds that he is exploring. His compositional quality has often overweighted the "labelling issue" and reached wider audiences although stemming from a far-from-mainstream musical context (see section In popular culture). One can follow three separate threads of musical styles throughout his work: a) Compositions for ensemble, perhaps his most accessible and "commercial" material; b) Solo piano and voice compositions, which features haunting keyboard melodies accompanied by Mertens' unique high-pitched tenor voice singing in an invented, personal language; and c) Experimental minimalist "cycles" for single, dual, and sometimes more instruments.

Mertens has released more than 50 albums to date, the majority of which were issued by Les Disques du Crépuscule from 1980 until 2004. Mertens also produced a number of Crépuscule releases and consulted with the label on its choice of works by contemporary composers such as Michael Nyman, Gavin Bryars, and Glenn Branca. Mertens also curated a series of releases for a Crépuscle imprint, Lome Armé, that featured works from the classical era as well as contemporary jazz.

Mertens' music was used in the 1987 Peter Greenaway film The Belly of an Architect, along with that of Glenn Branca also in the Dutch-British film Shadow Man (1988), directed by Piotr Andrejew, as well as in the Brazilian documentary Nós que Aqui Estamos por Vós Esperamos (Here We Are Waiting for You), directed by Marcelo Masagão.

Mertens is the author of American Minimal Music, which looks at the school of American repetitive music and the work of LaMonte Young, Terry Riley, Steve Reich, and Philip Glass.

In March 1998 Mertens became the Cultural Ambassador of Flanders.

Mertens can be heard on the CD Indeterminate Activity of Resultant Masses of Glenn Branca, which published an interview of Mertens with John Cage.

In August 2007 Mertens signed a contract with EMI Classics for his entire catalog. The label re-released his entire back-catalog beginning in January 2008. EMI Music Belgium has also released Mertens' new work, beginning with the 9-track album Receptacle on 24 September 2007. For this album Mertens decided to work with an orchestra consisting of only women, 17 in total. It is not the first time that Mertens has worked together with EMI. Already in 1999 Mertens released the soundtrack to the Paul Cox film Molokai: The Story of Father Damien via EMI Classics.

New work released in 2008 includes the CD L'heure du loup which, similar to some of his experimental works, contains a series of tracks based on variations around one composition, the previously released Hors nature. Mertens also released a box set of six volumes from his live Years Without History series, the sixth volume of which (The Promise Kept in Advance) is only available with the box set. A seventh volume, Nosotros, was also released in 2008. It contains a recording from July 2002 at the Kasteeldomein van Gaasbeek in Belgium, the live premiere of material that would later be released on the Skopos CD. Other live albums and a DVD concert performance have been released as well.

In April 2010 Mertens released his first new compositions in several years on the CD Zee Versus Zed. 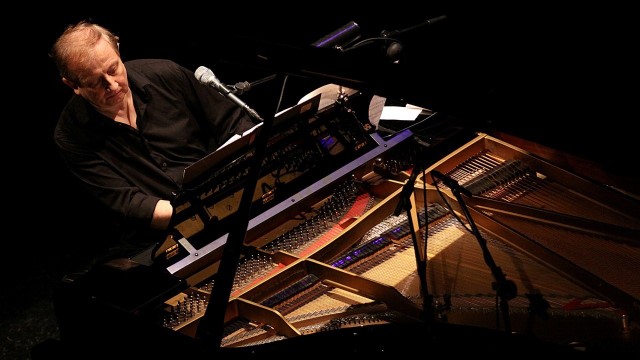