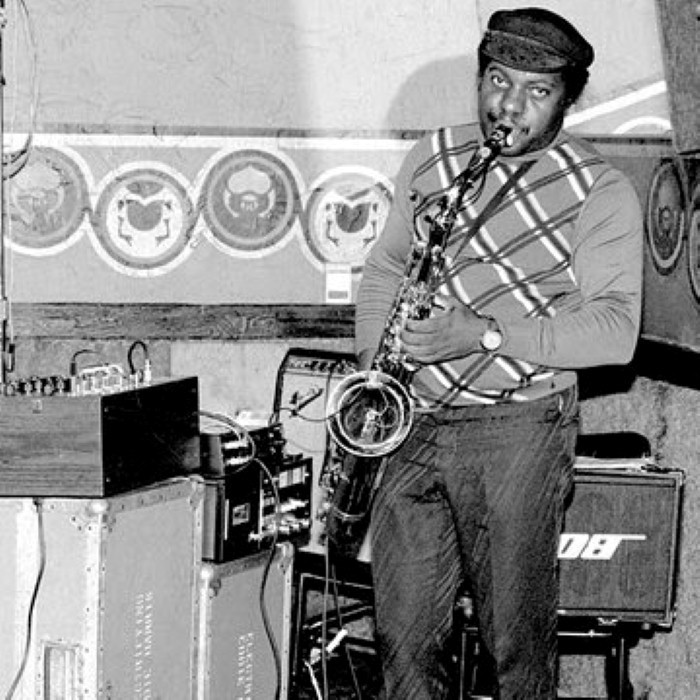 Eddie Harris (October 20, 1934 - November 5, 1996), was an American jazz tenor saxophonist. Although he was one of the most popular jazz musicians of his day (and the first to receive a gold record), his inclusion in his repertoire of types of music other than jazz and his incorporation of comedy into his act led many jazz critics to consider him insufficiently committed to jazz. His experimentation with other types of music sometimes had questionable results, but many still regard him as one of the great jazz musicians.

His first album for Vee Jay, Exodus to Jazz included his own jazz arrangement of Ernest Gold’s theme from the movie Exodus. A shortened version of this track, which featured his masterful playing in the upper register of the tenor saxophone, was heavily played on radio and became the first jazz record ever to be certified gold.

Many jazz critics, however, regarded commercial success as a sign that a jazz artist had sold out, and Harris soon stopped playing “Exodus” in concert. He moved to Columbia Records in 1964 and to Atlantic Records in 1965. At Atlantic in 1965 he released The In Sound, a bop album which won back many of his detractors.

Over the next few years he began to perform on electric piano and the electric Varitone saxophone, and to perform a mixture of jazz and funk which sold well in both the jazz and rhythm and blues markets. In 1967 his album The Electrifying Eddie Harris reached second place on the R & B charts.

In 1969 he performed with Les McCann’s group at the Montreux Jazz Festival. Although they had been unable to rehearse, their session was so impressive that a recording of it was released as Swiss Movement, which became one of the best-selling jazz albums ever, also reaching second place on the R & B charts.

From 1970 to 1975 he experimented with new instruments of his own invention (the reed trumpet was a trumpet with a saxophone mouthpiece, the saxobone was a saxophone with a trombone mouthpiece, and the guitorgan was a combination of guitar and organ), with singing the blues, with jazz-rock (he recorded an album with Steve Winwood, Jeff Beck, Albert Lee, Ric Grech, Zoot Money, and other rockers), and with comic R & B numbers such as “That is Why You’re Overweight.”

In 1975, however, he alienated much of his audience with his album The Reason Why I’m Talkin’ Shit, which consisted mainly of stand-up comedy, and public interest in his subsequent albums declined sharply. He continued to record into the 1990s, but his experimentation ended and he mainly recorded hard bop.