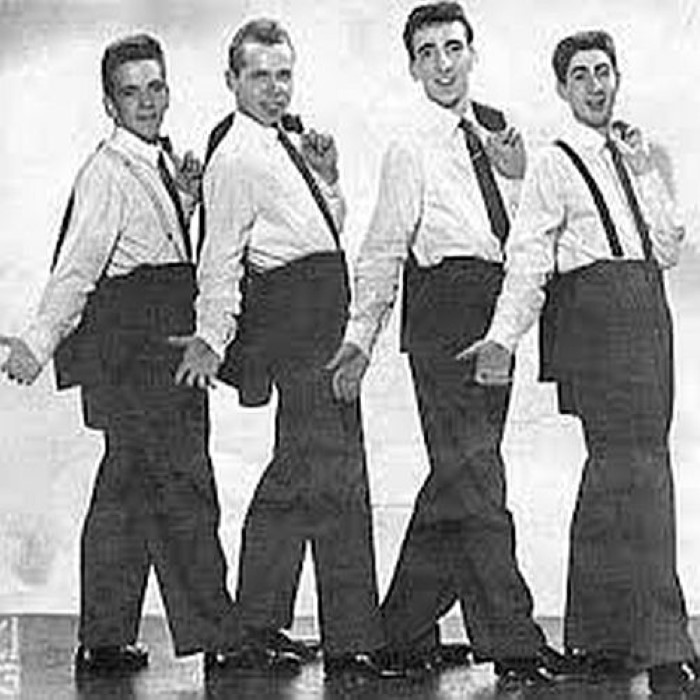 Danny & The Juniors were a Philadelphia based quartet comprising of Danny Rapp, Dave White, Frank Maffei and Joe Terranova. They are most widely recognized for their hit single "At The Hop", which was released in 1957 and is one of the best doo wop songs in history. Picking up a cheerful, good-time reputation with their tune, they are sometimes erroneously stated as being an Italian-American band; however, Danny Rapp was of Irish extraction. Initially formed in 1955 as "The Juvenairs", their song, "Do the Bop," came to the attention of charismatic celebrity Dick Clark, who suggested that they rename it "At the Hop". The song was not initially a success. Yet, after being played on Clark's Bandstand, it was picked up by ABC-Paramount Records, and it then stayed at the top of the U.S. charts for seven weeks. It went on to sell over two million copies worldwide. The song was followed by the similar sounding "Rock 'n' Roll Is Here To Stay", which also made it into the Top 20 and has been later included in various collaboration albums just like "At the Hop". In 1960, Danny and the Juniors were signed to Dick Clark's Swan Records label, and they released one more record, "Twistin' USA". It made it into the Top 40 and became their final hit single. They went on to release several more singles, but the group sadly were not able to repeat their earlier successes. Dave White left the group in the early 60s to concentrate on writing and production. White was very successful in this venture, composing a number of hits, including "You Don't Own Me" for Leslie Gore (also famously covered in new wave style by Klaus Nomi) as well as "1-2-3" and "Like A Baby" for Len Barry. In the late 60s, the Juniors also appeared on Guyden Records, Mercury Records, and Capitol Records, where they re-recorded "Rock 'n' Roll Is Here To Stay" in 1968. In 1976, "At the Hop" was re-issued, and it made its way into the Top 40 of the UK Singles Chart. As stated before, it's been included in several multi-artist collaboration albums over the years and has earned serious airplay on various stations. After a few quiet years, Danny Rapp was found dead in a hotel in Arizona on April 5, 1983, of an apparent suicide. He's greatly missed by his many fans. 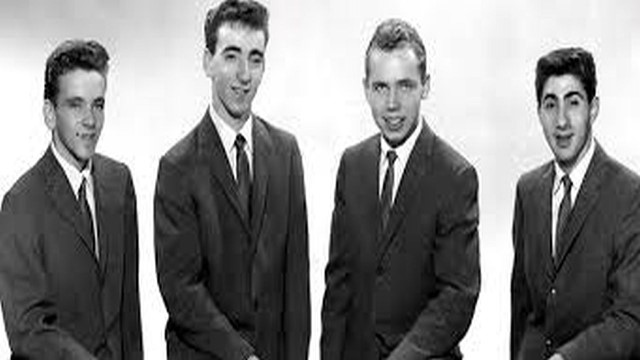