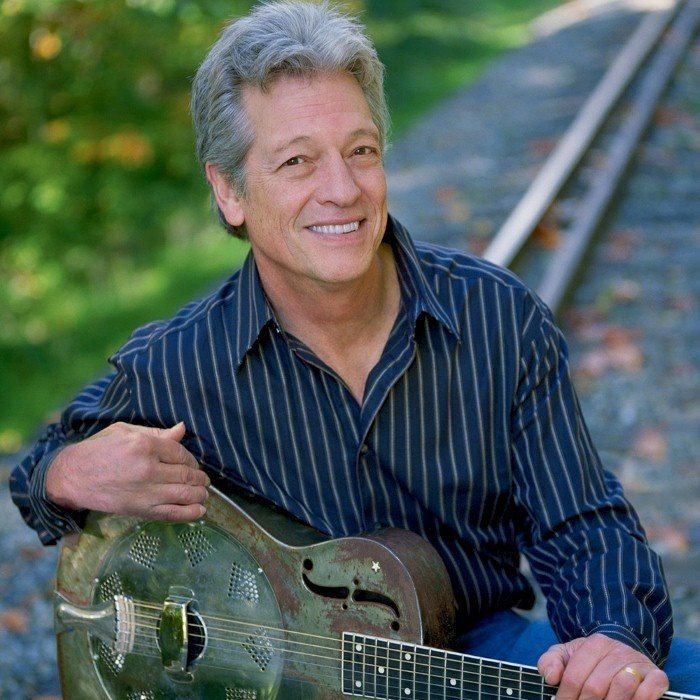 John Paul Hammond (born November 13, 1942, New York City, United States) is an American blues singer and guitarist. The son of record producer John H. Hammond, he is sometimes referred to as "John Hammond, Jr.".
Hammond is a son of the famed record producer and talent scout John Henry Hammond, Jr. and his first wife, Jemison McBride, an actress. He is a descendant of Cornelius Vanderbilt, founder of the prominent Vanderbilt family. He has a brother, Jason, and by his father's second marriage to Esme O'Brien Sarnoff, he has a stepsister, (Esme) Rosita Sarnoff. Hammond's middle name, Paul, is in honor of a friend of his father, the actor Paul Robeson. However, the younger Hammond was raised by his mother and only saw his father a few times a year while growing up.
He began playing guitar in high school, partially inspired by the album Jimmy Reed at Carnegie Hall. He attended Antioch College for one year, but dropped out to pursue a music career. By the mid-1960s he was touring nationally and living in Greenwich Village. He befriended and recorded with many electric blues musicians in New York, including Jimi Hendrix, Eric Clapton, The Hawks (later known as The Band), Dr. John and Duane Allman.
Hammond usually plays acoustically, choosing National Reso-Phonic Guitars and sings in a barrelhouse style. Since 1962, when he made his debut on Vanguard Records, Hammond has made thirty-four albums. In the 1990s he began recording on the Point Blank Records label. Hammond has earned one Grammy Award and been nominated for four others. He also provided the soundtrack for the 1970 film, Little Big Man, starring Dustin Hoffman.
Although critically acclaimed, Hammond has received only moderate commercial success. Nonetheless, he enjoys a strong fan base and has earned respect from the likes of John Lee Hooker, Roosevelt Sykes, Duane Allman, Willy Deville, Robbie Robertson and Charlie Musselwhite, all of whom have contributed their musical talents to Hammond's records. In addition, he is the only person who ever had both Eric Clapton and Jimi Hendrix in his band at the same time, if only for five days in the 1960s when Hammond played The Gaslight Cafe in New York City. To his regret, they never recorded together. It has been suggested by at least one author that Hammond deserves some credit for helping boost The Band to wider recognition. He recorded with several of the members of The Band in 1965, and recommended them to Bob Dylan, with whom they undertook a famed and tumultuous world tour.
In the early part of the 1990s, Hammond hosted the 1991 UK television documentary The Search for Robert Johnson, detailing the life of the legendary Delta bluesman, Robert Johnson.
Hammond has had a longstanding friendship with the songwriter Tom Waits, and has performed Waits' songs on occasion. In 2001, he released Wicked Grin, an album entirely of Tom Waits compositions with one exception, the traditional spiritual, "I Know I've Been Changed." Waits himself provided guitar work and backing vocals as well as producing the project.
In 2002, he released Ready for Love, produced by David Hidalgo of Los Lobos fame. It included a cover version of the Mick Jagger and Keith Richards penned, "The Spider and the Fly".
His most recent album, entitled Rough and Tough was released in 2009. The album was a 2010 nominee for the Grammy Award for Best Traditional Blues Album
In 2011, Hammond was inducted into the Blues Hall of Fame of the Blues Foundation. 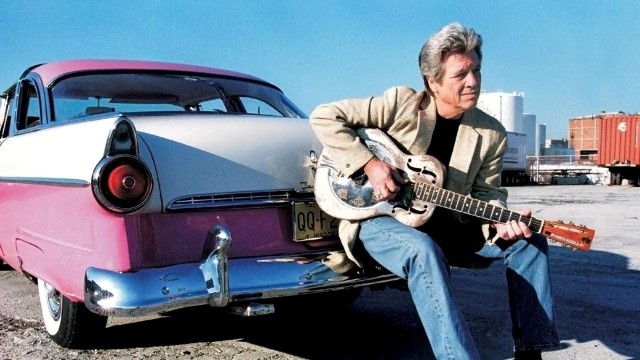