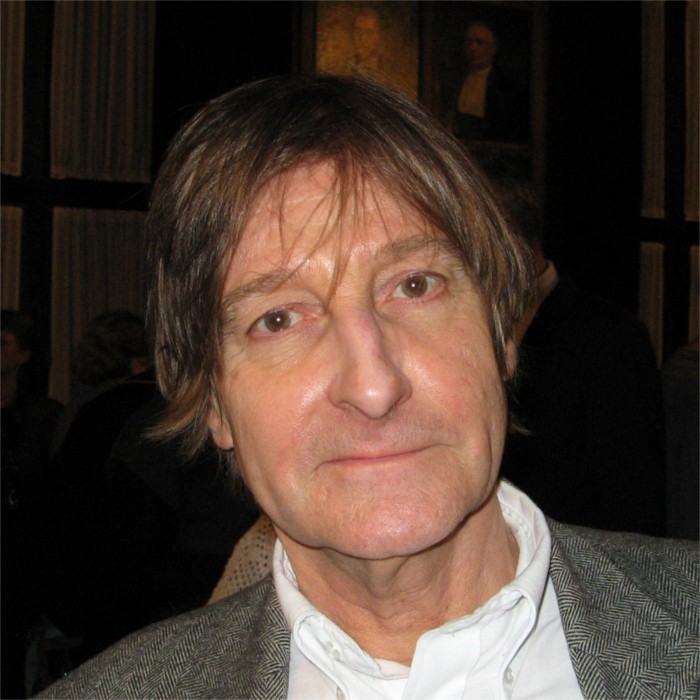 Wim T. Schippers is a Dutch artist, comedian, television director, and voice actor. During the 1960s, he worked mostly as a visual artist, associated with the international Fluxus-movement. As a television writer, director, and actor he is responsible for some of the most notable and controversial shows on Dutch televisions from the 1960s to the 1990s, creating a number of lasting characters and enriching the language with terms and expressions first coined in his shows. In addition, he voiced the characters of Ernie and Kermit the Frog on the Dutch version of Sesame Street. For his shows, he has written over three hundred songs, and his reputation has changed from being Dutch television's "enfant terrible" to an acknowledged master in a variety of genres. Schippers returned to VPRO television in 1971, writing "De Fred Haché Show", with The Hague comedian Harry Touw as the character Fred Haché, directed by Schippers and Ruud van Hemert, Gied Jaspars, and Wim van der Linden. His girlfriend Ellen Jens produced the show, and worked with Schippers throughout his television career. Subsequently, he wrote "Barend is weer bezig" (which ran for five episodes) for the Hachéshow's character Barend Servet (played by IJf Blokker). The two shows were closely related (Schippers also designed the sets for both), and featured absurdist comedy which included the kinds of low-brow content not allowed to be seen or heard on Dutch television-- dog poop, nudity, profanity. Controversy arose over a skit in which Barend Servet interviewed Juliana of the Netherlands (played by "Ria"); the queen drank sherry and cleaned Brussel sprouts in order to pretend to feel close to the Dutch people, before throwing them in the trash or donating them to a children's home. The show led to questions being asked in parliament about the depiction of her majesty, and the VPRO was censured by the minister of culture, narrowly escaping having its broadcasting hours cut. For another character from the two shows, Sjef van Oekel (played by Dolf Brouwers), Schippers wrote "Van Oekel's Discohoek" (1974). It was a breakthrough for Brouwers (already 61 at the time), a former tour guide and hairdresser who had always aspired to becoming a star. Brouwers scored a few minor hits with songs from the show, and later became the main character in a series of comics by Theo van den Boogaard. Brouwers was also the lead in the 1978 television show "Het is weer zo laat!", in which he played Waldo van Dungen, a part-time waiter in a night club who becomes its owner after a rich woman (Gé Braadslee, played by Mimi Kok) falls in love with him and buys the club for him. The show also included characters that would return in later shows, such as Boy Bensdorp (Rob van Houten) and Jan Vos (Clous van Mechelen). The night club, "Waldolala", provided Schippers the opportunity for more chaotic scenes, controversial nudity, and double entendres. In the 1980s, Schippers wrote, directed, and acted in the VPRO shows "De lachende scheerkwast", "Op zoek naar Yolanda", and "We zijn weer thuis". From 1984 to 1991 he had a radio show, "Ronflonflon met Jacques Plafond". By the 1990s his early shows were collected by museums as video art, he had been awarded many times, winning the Lira award for television drama, and had graduated from being the "enfant terrible" of Dutch television to "an appreciated master in various genres". Many of the word jokes and catch phrases from his television and radio shows have found their way into the Dutch language--examples cited are "Jammer maar helaas" ("Pity, but unfortunate", Jacques Plafond), "Reeds!" ("Already!", Sjef van Oekel), "Pollens!" (untranslatable, Plafond), "Peu nerveu" (verbatim from French, "a bit nervous", Plafond), "Verdomd interessant, maar gaat u verder" ("that's damn interesting, but please continue", Plafond). Of all Dutch artists, in terms of contributions to the language he is only preceded by Marten Toonder, Kees van Kooten, and Wim de Bie, according to the book 'Verdomd Interessant, Maar Gaat U Verder: De Taal van Wim T. Schippers' (2000). In addition, he estimates having written over three hundred songs for his television shows. 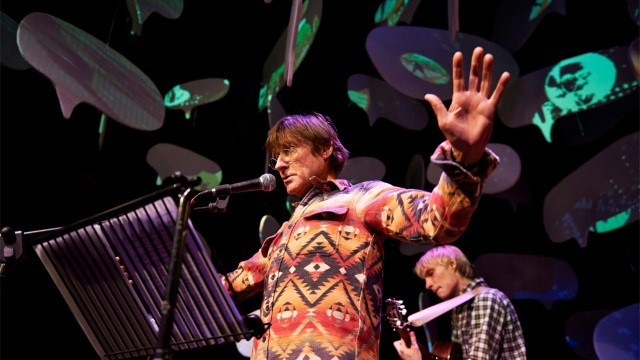