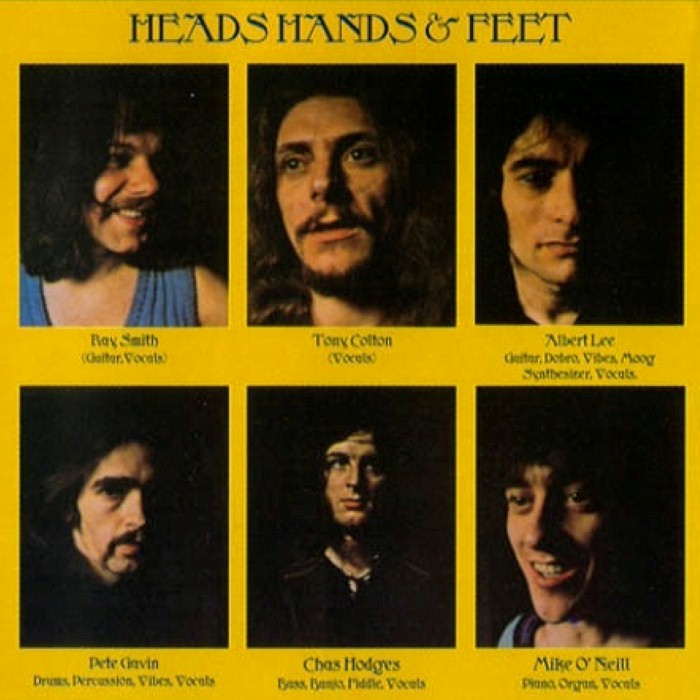 Heads Hands & Feet were a British rock band. It was part of the Harris/Colton/Smith production company.Harris is Johnny Harris who composed the Bloomfield film soundtrack recorded in 1969. The group performed live at The Royal Albert Hall in 1970 as members of the Johnny Harris Orchestra for his Movements concert as the opening act for Dionne Warwick which was engineered by Eddie Offord.Ray Smith and Tony Colton also co-wrote and co-produced with Johnny Harris for such artists as Richard Harris and Shirley Bassey. They also co-wrote and performed the soundtrack for "The World Of Georgie Best" BBC documentary from 1970 with Johnny Harris who was a member of the band as arranger and producer. They shared the same agent in Daniel Secunda.

The group formed from the ashes of Poet and the One Man Band in 1969, and released an album on the UK Verve and US Paramount. In 1970 they recorded their debut album, Home From Home, which was shelved by the label and did not see release until 1996.

While still relatively unknown, they served in 1971 as the supporting act for Deep Purple's series of concerts from March 5 to 8 in Glasgow, Edinburgh, Dundee, and Aberdeen of Scotland. They were the opening act at the free Hyde Park, London concert on July 3. They opened for Humble Pie & Grand Funk Railroad.