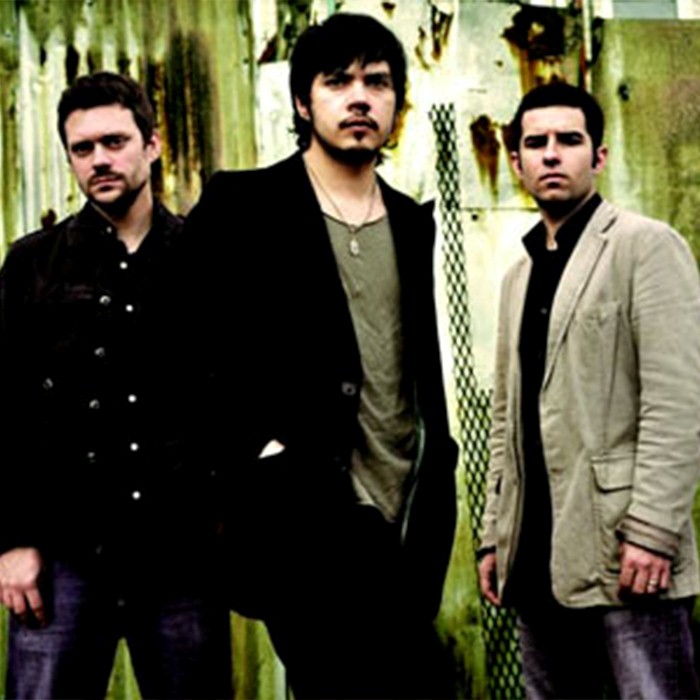 Calla was formed in New York City in 1993 by Aurelio Valle (guitar, vocals), Sean Donovan (bass, keyboards, programming), and Wayne B. Magruder (percussion, programming), adding Peter Gannon in 2003 and Sean Donovan departing in 2004. However, the band's origins can be traced to Texas in 1993, where Valle, Magruder and Gannon began performing together in the Denton band, The Factory Press. The Factory Press relocated to New York in 1995, recording The Smoky Ends of a Burnt out Day with producers Kid Congo Powers and Matt Verta-Ray. The group split in 1997 and the album was not released until early 1998, by which time Valle and Magruder were pursuing new musical ventures. Most notably, Magruder worked with Bowery Electric and Windsor for the Derby. A four-track demo was completed in 1998, generating interest from the Brussels label Sub Rosa, which released the band's first album to critical acclaim in 1999. Calla's self-titled debut prised apart traditional song structures and reconfigured the components into subtly apocalyptic, cinematic pieces, at times evoking electronically processed Ennio Morricone soundscapes. Calla subsequently made the transition to performance, a process that gave Valle, Magruder, and Donovan their first taste of playing together outside a studio environment. Playing live had a significant impact on the band's sound and direction. Having been excited by the debut album, Michael Gira was particularly impressed by the way Calla's music had been changed by live performance and signed the group to his label, Young God Records. The band's first album on Young God, SCAVENGERS (January 2001), marked a subtle change in orientation. SCAVENGERS was less reliant on studio processing and although it displayed a familiar atmospheric minimalist sensibility, its textures coalesced into more conventional song formats. Understanding the mixture of indie rock and high concept art that their music represented, TELEVISE (January 2003) solidifed their jagged indie pop sound. Calla entered the studio in late Summer 2004 with members Aurelio Valle, Wayne Magruder, and Peter Gannon to record their fourth full length with producer Chris Zane (Televised) and additional mixing by Victor Van Vught (Nick Cave, PJ Harvey). This album, "COLLISIONS" was released on Beggars Banquet late 2005 to critical acclaim. 2006 saw Calla playing shows across Europe, Greece, and Russia where new songs were written and rehearsed. Inspired by their travels and combining all aspects of their previous albums, Calla recorded their fifth album in NYC and Austin, TX. "STRENGTH IN NUMBERS" will be released Feb 20 in the US.