Early career:
The duo started their music career in high school. R.K.M (formerly known as "Rakim" but changed to avoid confusion with the established hip-hop artist Rakim) was inspired by the explosion of reggaeton music in the 1990s. He encouraged Ken-Y to join him to form a duo; they performed at 16th birthday parties and public events.
Nicky Jam gave them a chance to make an appearance on his album, Vida Escante. They were featured on "Pasado" and "Me Estoy Muriendo". These singles were hits in Latin America. They also won The Draft, a contest for upcoming Latin artists. They won the best Latin and reggae award in 2007.

Professional career:
This success attrcated Raphy Pina, the reggaeton moguls. They signed to the label and a year later released Masterpiece. The album was nominated for Premio Lo Nuestro of 2007. Their first hit single was "Down", reaching #1 on the Billboard Hot Latin Songs chart in 2006. Four other singles were released from the album, as well as music videos. It won many awards. The album went platinum and sold about 600,000 copies. The duo went on a tour across the world. They have released the songs performed on tour on an album entitled Masterpiece: World Tour (Sold Out). They have also released a special edition version of the album entitled Masterpiece Commemorative Edition.
Their studio album, The Royalty, was released on September 9, 2008.
The first single released from the album was "Mis Días Sin Ti". Raphy Pina announced the return of R.K.M & Ken-Y February 15, 2008. The date was actually a concert they held in the Choliseo in San Juan, Puerto Rico. The concert's headline was "Romantic en el Choliseo". Reggaeton artists like Wisin & Yandel, Tito "El Bambino", Nicky Jam, Rene Moz and Arcangel were present. Other artists like N'Klabe and Karis were also present.
Since their first album, R.K.M & Ken-Y have appeared and guest starred on many songs. They have worked with artists such as Cruzito, Don Omar, Daddy Yankee, José Feliciano, Pitbull, Héctor "El Father", David Bisbal, Ivy Queen, Chino & Nacho, Hector Acosta "El Torito", Plan B, Tony Dize and Zion & Lennox.

Separation:
On April 10, 2013, the producer Raphy Pina announced that the duo would separate but they continued with their scheduled performances and appearances. Both artists took this decision with each focusing on future solo projects.

Style:
R.K.M provides rapping verses for many songs while Ken-Y provides the vocal lyrics. R.K.M tends to have fast, upbeat verses while Ken-Y sings many hooks.

Personal Lives:
On January 16, 2009, R.K.M married Gladys Morales in Caguas, Puerto Rico. R.K.M has two boys and Ken-Y remains unmarried but has two girls and one boy.They continue to reside in Puerto Rico. 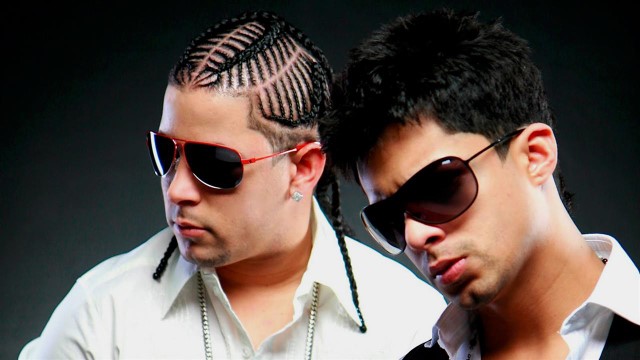