Hatfield and the North 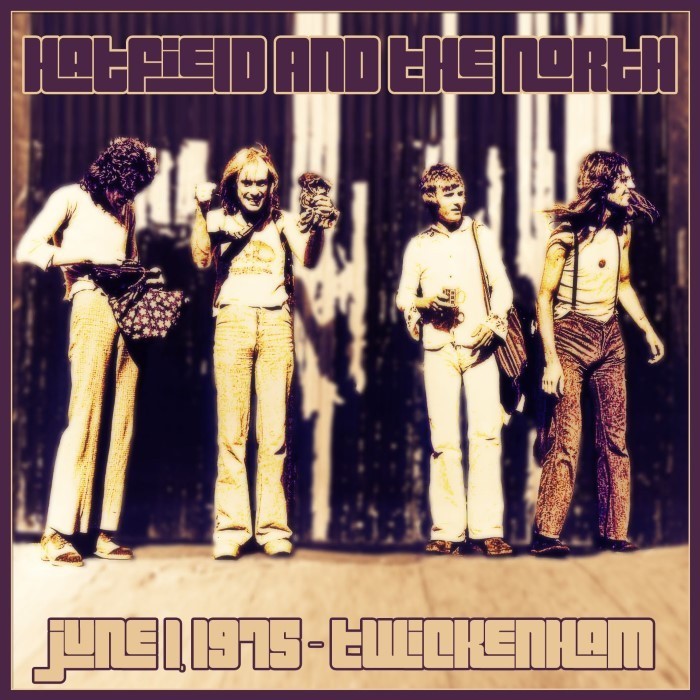 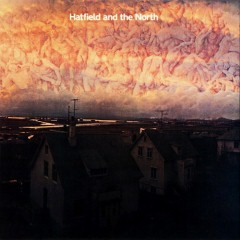 Hatfield and the North were an experimental Canterbury scene rock band that lasted from October 1972 to June 1975, with some reunions thereafter.
The band grew out of a line-up of friends in mid-1972 consisting of Phil Miller (guitar, from Matching Mole), Phil's brother Steve Miller (keyboards, from Caravan), Pip Pyle (drums, from Gong) and Richard Sinclair (bass and vocals, from Caravan).

The band played a few live shows between July and September that year, and gained their first record contract with Virgin Records with the 'Sinclair cousins'...as Steve Miller was replaced by Dave Sinclair (from Matching Mole and Caravan), the band soon changed their name to Hatfield and the North.

The Delivery line-up reunited for a BBC session in November 1972 with Steve Miller, Phil Miller, Lol Coxhill, Roy Babbington (bass), Pip Pyle, and Richard Sinclair on vocals. (Steve Miller went on to release a couple of duo albums with Coxhill in 1973/74.)

Dave Sinclair left in January 1973, shortly after the band's appearance (with Robert Wyatt on guest vocals) on the French TV programme "Rockenstock", and was quickly replaced by Dave Stewart (from Egg) before the band's first recordings were made.

The band recorded two albums, Hatfield and the North and The Rotters' Club.Backing vocals on the two albums were sung by The Northettes: Amanda Parsons, Barbara Gaskin and Ann Rosenthal. On the Autumn 1974 "Crisis Tour", which Hatfield co-headlined with Kevin Coyne, the opening act was a duo of Steve Miller and Lol Coxhill (also previously of Delivery) and Coxhill usually guested with Hatfield on the jamming sections of "Mumps".

After disbanding, Dave Stewart formed National Health with Alan Gowen from Gilgamesh; Phil Miller was a member throughout the band's existence, and Pyle joined in 1977. (Richard Sinclair also sat in on a couple of gigs and a BBC radio session that year.) Hatfield and the North and Gilgamesh had played a couple of shows together in late 1973, including a joint "double quartet" set, in some ways the prototype for National Health. Miller, Stewart, Pyle and Sinclair also worked together in various combinations on other projects.

The name of the band was inspired by the road signage on the main A1 road heading north from London, where the a succession of signs referred to the first major town, and the overall direction, as 'A1 Hatfield & the North'. This style of sign from the 1970s has now been replaced by a slightly different variant, as shown in the current picture to the right.