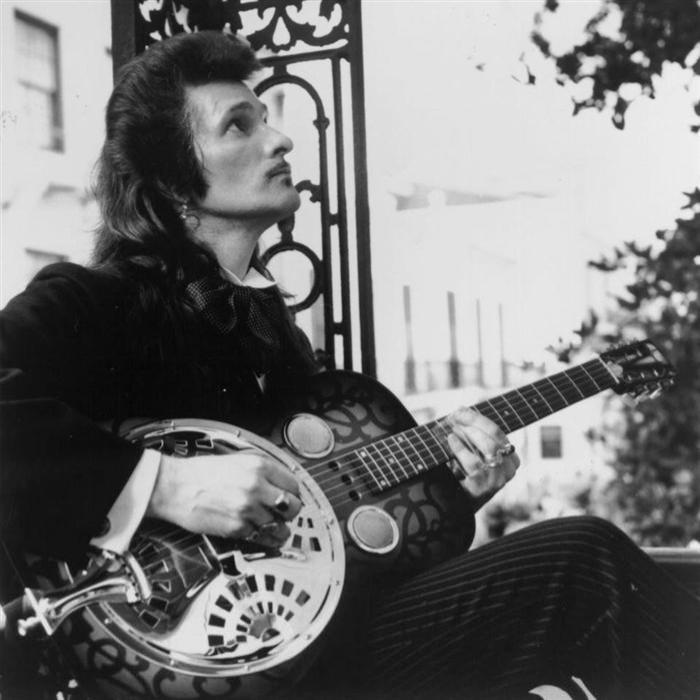 Willy DeVille (born William Paul Borsey Jr. in Stamford, Connecticut, on August 25, 1950; died in New York City on August 6, 2009) was an American singer and songwriter. During his thirty-five year career, first with his band Mink DeVille (1974-1986) and later on his own, Deville created original songs rooted in various American musical styles. He worked with collaborators from across the spectrum of contemporary music, including Jack Nitzsche, Doc Pomus, Dr. John, Mark Knopfler, Allen Toussaint, and Eddie Bo. A wide range of styles, including latin rhythms, blues riffs, doo-wop, Cajun music, strains of French cabaret, and echoes of early-1960s uptown soul, can be heard in DeVille's work. As a teenager, DeVille had a band named Billy and the Kids. He moved to London looking to form a band, but was unsuccessful in finding like-minded musicians. Eventually he landed in San Francisco where he formed a band with bassist Ruben Siguenza and drummer Tom "Manfred" Allen. The band played under the names Billy DeSade & the Marquis and the Lazy Eights before settling on the name Mink DeVille. Later, DeVille took the band to New York City, where they helped to pioneer punk rock music and were one of the original house bands at CBGB, the New York nighclub where punk rock music was born in the mid-1970s. The typical DeVille song -- if any of his songs can be called "typical" -- is filled with romantic conviction and yearning. Latin rhythms, Blues riffs, and strains of country music can be heard in DeVille songs. Spanish Stroll was a hit in the U.S. and the UK in 1978; Storybook Love (nominated for an Academy Award in 1987) is the theme song of the movie The Princess Bride. DeVille suffered from drug addiction for many years, which stifled his career. Among fellow musicians and songwriters, he was widely respected. Songwriter Doc Pomus said about Deville, "He knows the truth of a city street and the courage in a ghetto love song." DeVille died of pancreatic cancer during the night of August 6, 2009 in a New York hospital. DeVille had homes in New Orleans and Mississippi.